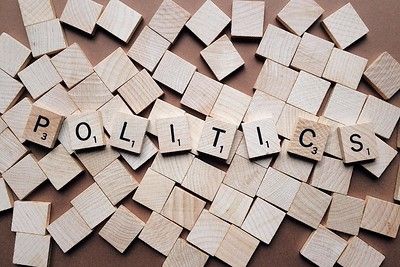 John Kerry is a respected member of the Democratic party and was appointed as the US ' Secretary of State' during the Obama administration from 2013-2017.
John Kerry, formally known as John Forbes Kerry, is a part of the Forbes family. John Kerry was among the many Vietnam veterans who eventually became anti-war activists.
Upon returning from the Vietnam war, John Kerry assumed the office of the Lieutenant Governor of Massachusetts. People often recognize Kerry as Senator John Kerry for serving as the US Senator from Massachusetts for 28 years from 1985-2013. John Kerry completed his graduation from Yale University, following which he enlisted in the United States Naval Reserve and eventually became a Lieutenant. During his time in the Vietnam war, John Kerry was posted for a tour of duty in South Vietnam for a four-month-long period. After John Kerry returned from Vietnam, he was awarded the Bronze Star Medal and the Silver Star Medal, among many other Vietnam veterans. Scroll down to learn more about this member of the 'Senate Committee on Foreign Relations.'

What is John Kerry's net worth?

How much does John Kerry earn per year?

The annual income of John Kerry is largely unknown.

How tall is John Kerry?

How old is John Kerry?

On December 11, 1943, John Kerry was born in Aurora, Colorado, United States. The former Lieutenant Governor of Massachusetts turns 79 this December 2022.

Kerry was born in Aurora, Colorado, but moved to Washington at the age of seven, along with his family. His father's job at the 'Department of the Navy's Office of General Counsel' led to the entire family shifting to Washington. Early on in his life, John Kerry attended the elite boarding school, Institut Montana Zugerberg, located in Switzerland, funded by his aunt, who had enormous wealth. Kerry later gained his education at the Fessenden School in Newton, Massachusetts, after which he joined the St. Paul's School in Concord, New Hampshire. During his time at St. Paul's School, Kerry developed an interest in politics and honed his public speaking skills. John Kerry was also a student at Yale University, where he earned his Bachelor of Arts degree majoring in political science. Although Kerry did not have the best grades during his time at Yale, he took part in various debates and was also a part of the Yale Bulldogs men's soccer team. After his time in the Vietnam war, Kerry kicked off his career in law by enrolling at the Boston College Law School in September 1973, from where he earned his Juris Doctor later in 1976.

Who is John Kerry's partner?

John Kerry is currently married to Teresa Heinz, who was the widow of John Heinz, the inheritor of Heinz ketchup business. The couple married in 1995 and have since been together, although they do not have any own children. Teresa is the mother of three sons whom she had with John Heinz.

In recent times, John Kerry is best recognized for being the special envoy for climate under the Special Presidential Envoy for Climate organized by Joe Biden. Kerry was nominated as a principal on the National Security Council for this role. He took charge of the office on January 20, 2021, following the beginning of Biden's administrative rule. At the same time, Kerry is widely recognized for holding the 'United States Senator from Massachusetts' office for 28 years, from 1985-2013.

What awards has John Kerry won?