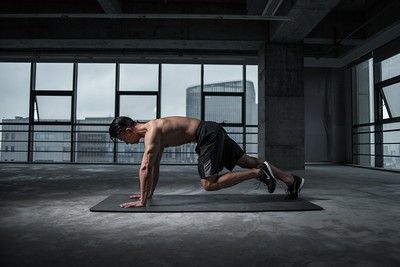 Karena Dawn is a well-known YouTube star who was born in Indiana, USA on March 22, 1981.

Entrepreneur, Fitness coach, and reality star best known for her appearance on the series 'Toned Up' ( Bravo TV ). She was born and raised in Indianapolis, Indiana.

Karena Dawn co-founded 'Tone It Up', the fitness business which provides advice and regimens for living a healthy lifestyle. Karena Dawn has been featured in Women's Health, InStyle, and Vogue, among other publications. She has also participated in a number of triathlons.

What is Karena Dawn’s net worth?

Karena Dawn is one of the wealthiest YouTube stars. According to Business Insider, Forbes, and Wikipedia, Karena has a net worth of around $600,000.

How much does Karena Dawn earn per year?

Per year earnings of Karena dawn are unknown to the sources.

How tall is Karena Dawn?

How old is Karena Dawn?

After seeing her mother follow famed actress Jane Fonda's exercise DVDs, she became interested in health and fitness. As an elementary school assignment, she decided to make her own fitness video. Karena Dawn ran her first half-marathon when she was 12 years old. Following her high school graduation, she relocated to Los Angeles. No more information about her childhood or education is available.

Who is Karena Dawn's Partner?

Karena began dating Bobby Goldstein, a real estate agent, in 2013. Four months into their relationship, the couple was on vacation in Hawaii and had intended to marry there if things went well. Three years later, on July 30, 2016, their ideas eventuated. Bobby proposed to her in September 2015 in front of more than 400 Tone It Up supporters at an annual retreat in Newport Beach, California, and they married in 2016. There isn't any further information about her family. Both of them relocated to Austin, Texas.

The entrepreneur is best known for her appearance on the series 'Toned It Up' on Bravo TV. Karena is a New York Times bestselling author, entrepreneur, fitness coach, meditation instructor, and the chief wellness officer of ALTWELL, a company that specializes in high-quality CBD products. Her mother struggled with mental illness for a long time, and as a result, Karena experienced a lot of trauma as a child. She was able to recuperate from her condition by practicing meditation and regaining her passion for exercise. Karena is ranked on the list of most popular YouTube stars from America. Karena is also included in the elite list of prominent Americans who were born in the United States.

We would love your help! If you have a photo of Karena Dawn, either of them alone or a selfie that you would be happy to share, please send it to [email protected]. If you have knowledge or information that you think would help us improve this article, please contact us.