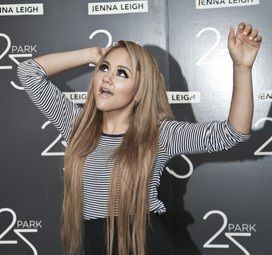 Kathleen Emperatriz DeLuna made her debut in her early teens.

Kat DeLuna has a net worth of $1.5 million. She is ranked as one of the wealthiest and most well-known pop singers.

Her hit debut single, 'Whine Up' was launched in 2007. The record was a hit, and her songs reached the top 40 in several countries.

Her debut record was a huge success at the box office.

DeLuna was dropped by Epic Records. She went on to record soundtrack singles and collaborations. This 34-year-old singer from New Jersey has a Dominican heritage.

What is Kat DeLuna’s net worth?

Kat DeLuna has an estimated net worth of $1.5 million.

How tall is Kat DeLuna?

How old is Kat DeLuna?

Kat DeLuna was born in the Bronx. DeLuna and her family shifted to the Dominican Republic. Her skill was acknowledged at an early age by friends and relatives. However, she realized her true ability as a singer in Newark, New Jersey, U.S.

DeLuna enrolled at Newark Arts High School. The singer grew up in poverty and had a difficult upbringing.

Kat DeLuna participated in a Coca-Cola singing competition when she was 15 years old.

Who is Kat DeLuna dating?

The 35 year old American artist and award winner is seeing Jesse Coren as of 2022. Kat DeLuna prefers to avoid the spotlight when it comes to her personal life.

After signing to Epic Records, Kat DeLuna collaborated with producers like 'RedOne' and 'Jane't Sewell-Ulepic'. On August 7, 2007, DeLuna released her album, '9 Lives' which reached number 58 on the Billboard 200 in its first week, selling 11,000 copies. In the United States, the album has sold about 200,000 copies.

What awards has Kat DeLuna won?

DeLuna received a Viewers' Choice Award at the MTV Latinoamérica 2007 Awards. She won the TMF Awards in 2008 for 'Best New Artist' and 'Best Urban Artist'. In 2008, DeLuna's soundtrack 'Whine Up' earned the prize for 'Latin Dance Club Play Track of The Year'.