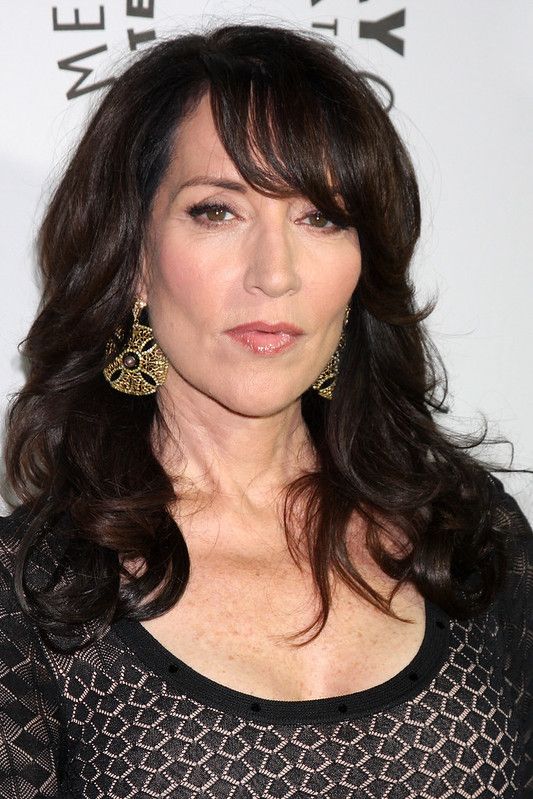 Katey Sagal started working in television movies. She also ventured into the music industry along with her acting career.

Katey Sagal or Catherine Louise Sagal is an American actress, songwriter, and singer from Los Angeles, California. She gained popularity with the role of a mother and wife 'Peggy Bundy' or 'Peg Bundy' in the 'Married... With Children' sitcom. Sagal is known for her dramatic and comedic roles. She has also worked in television movies and series.

Katey Sagal appeared in 'Sons Of Anarchy,' '8 Simple Rules,' and the animated series 'Futurama.' She received a Golden Globe for her work in 'Sons Of Anarchy.' She has also appeared as a guest in popular series like 'The Simpsons,' 'The Big Bang Theory,' and 'Brooklyn Nine-Nine.'

Katey Sagal has four siblings and was born into a show business family. She was also a part of a music band. Katey Sagal has been active in the movie industry since 1969. We will also discuss Katey Sagal's net worth, educational background, career, earnings, and family.

What is Katey Sagal's net worth?

The estimated net worth of Katey Sagal is $35 million as of 2022. She has been able to gather this wealth from her long acting career and also as a singer-songwriter.

How much does Katey Sagal earn per year?

How tall is Katey Sagal?

How old is Katey Sagal?

Katey Sagal was born Catherine Louise Sagal in Los Angeles, California, on January 19, 1954, with hazel eyes and brown hair under the zodiac sign of Capricorn.

She grew up with Liz Sagal, Jean Sagal, David Sagal, and Joey Sagal in the Brentwood neighborhood in Los Angeles. Liz, Jean, and Joey Sagal are actors, while David Sagal is an attorney. Norman Lear, a television producer and writer, is Katey Sagal's godfather. Katey Sagal attended the Palisades High School and later went to the California Institute of the Arts. Sagal first performed when she was four.

Who is Katey Sagal's partner?

Katey Sagal has been married four times. Between 1977 and 1981, she was married to Freddie Beckmeier, a musician, and between 1993 and 2000, to Jack White. She had a daughter in 1994 named Sarah Grace and a son in 1996 named Jackson James White. She married Kurt Sutter in 2004 in a private ceremony. Kurt Sutter is a producer and writer, and the couple has a daughter named Esme Louise.

Katey Sagal is an American actress best known for 'Sons Of Anarchy' and for the role of 'Peggy Bundy.'

Since 2018, she has been appearing in the recurring role of 'Louise Conner' in 'The Conners' sitcom and has appeared in 31 episodes until now. In 2019, Katey Sagal appeared in three episodes of 'Grand Hotel' as 'Teresa Williams.' She played the 'Eleanor Hale' role in two episodes of the 'Dead To Me' series in 2020.

In 2021, Katey Sagal was seen in the leading role of 'Annie "Rebel" Bello' in the 'Rebel' series. The show ran for ten episodes in the first season before getting canceled. She was recently seen in the 'Torn Hearts' movie in 2022 in the character of 'Harper Dutch.'

Katey Sagal was seen in television movies between 1971-1975, including 'Candidate For Crime' as a receptionist.

Katey Sagal began her career as a songwriter and singer. Initially, she was a backing vocalist for singers like Tanya Tucker, Etta James, and Bob Dylan. Katey Sagal joined a band named The Group With No Name and was a part of the 'Moon Over Brooklyn' album in 1976. In 1978, she joined 'The Harlettes,' a backup group of Bette Midler, and again between 1982 and 1983.

She also sang for a self-titled album by Gene Simmons, 'Take No Prisoners' album by Molly Hatchet, and 'Soul Kiss' single by Olivia Newton-John. Katey Sagal performed the 'Silent Rage' movie's song titled 'It's The Time For Love.' She gave her voice to the theme song of 'Loose Cannons' in 1990. Sagal's first solo album was 'Well...,' released on April 19, 1994. 'Room' was her second album released in 2004. She was also a part of the soundtrack in 'Sons Of Anarchy.'

Katey Sagal got her first significant role in 'Mary' as a newspaper journalist, 'Jo Tucker,' which ran from 1985-86. She then earned her most acclaimed recurring role of 'Peg Bundy' or 'Peggy Bundy,' the wife of 'Al Bundy' played by Ed O'Neill in the 'Married...With Children' sitcom, alongside David Faustino and Christina Applegate. Katey Sagal went on to work in several television films and was seen as a guest star in 'Recess,' an animated movie for children in which she voiced Spinelli's mother.

Sagal was also the voice behind 'Turanga Leela' in 'Futurama.' She was also a guest actor in 'Edna Hyde' in 'The '70s Show' in 1999 and appeared for 13 episodes of 'Tucker' as 'Claire Wennick' in 2000. Sagal played the wife character of John Ritter in the '8 Simple Rules For Dating My Teenage Daughter' sitcom in 2002. However, the show was canceled in the second season after John Ritter's death.

What awards has Katey Sagal won?

Katey Sagal was nominated for two American Comedy Awards and three Golden Globe Awards between 1989 and 1994. She won the Prism Awards-Performance In A Comedy Series in 2005 for her work in '8 Simple Rules' sitcom. In 2009, Katey Sagal won TV Land Awards-Innovative Award for 'Married...With Children' shared with her co-stars.

She won Golden Globe Award-Best Actress - Television Series Drama in 2011 for 'Sons Of Anarchy.' Sagal won the Prism Awards - Female Performance In A Drama Series Multi-Episode Storyline for the same series in 2103. In 2014, she got a star on the Hollywood Walk Of Fame for contributing to the film and movie industry.