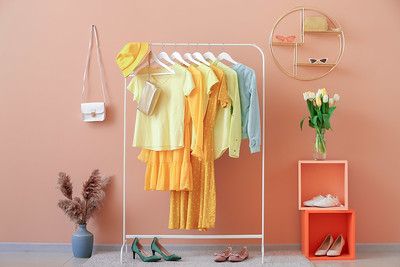 On January 17, 1972, Kathy (Katayoun) Rose was born under the zodiac sign Capricorn.

Though Kathy Rose was born in Iran, she relocated to the United States in 1978. Los Angeles has been her place of residence since then.

Kathy Rose carved a niche for herself as an actress, film producer, businesswoman, jewelry designer, and consultant. Her jewelry and clothing store, Roseark, opened its doors on the Sunset Strip in West Hollywood in 2003. The current flagship site in West Hollywood opened in May 2008.

What is Kathy Rose's net worth?

Kathy Rose has a net worth of about $1.5 million.

How much does Kathy Rose earn per year?

How tall is Kathy Rose?

Kathy Rose's height has not been disclosed in the public forum.

How old is Kathy Rose?

The capricorn celebrity turned 50 in January 2022.

Kathy Rose has not revealed any detail about her childhood or school life, other than the fact that she had an interest in jewelry since childhood.

Who is Kathy Rose's partner?

Rose established a retail boutique, Kaviar & Kind, a jewelry and clothing store, in 2003, which is now known as Roseark. It includes her own line as well as those of other designers. The boutique also has paintings and photographs on display. She started her second boutique in 2009 in Santa Monica.

Kathy Rose is famous not only for her designer clothes and jewelry endeavors but also for her career as an actress. She has appeared in 'Pranksters' (2005), 'Hollywood' (2006), 'Out At The Wedding' (2007), and 'Inja Shahreh Man Bood' (2012), as well as serving as a producer on both 'Hollywood' and 'Pranksters'.

In an interview with Racked, Kathy Rose offered to contribute to the cause of The Wildlife Society by auctioning Cameron Diaz and Nicole Richie's favorite diamond Manta-Ray necklace.

What awards has Kathy Rose won?

Rose was a finalist in the Fashion Group International Rising Star Jewelry Competition in 2004.

Her Grasshopper Cuff was selected for the California Design Biennial at the Pasadena Museum of California Art in 2007.

She won Bravo's Launch My Line with fashion expert Emil Gampe in 2010, in the first season of the Bravo show.

Kathy Rose loves spending time with her children. She also has a keen interest in gemology.

We would love your help! If you have a photo of Kathy Rose, either of them alone or a selfie that you would be happy to share, please send it to [email protected]. If you have knowledge or information that you think would help us improve this article, please contact us.