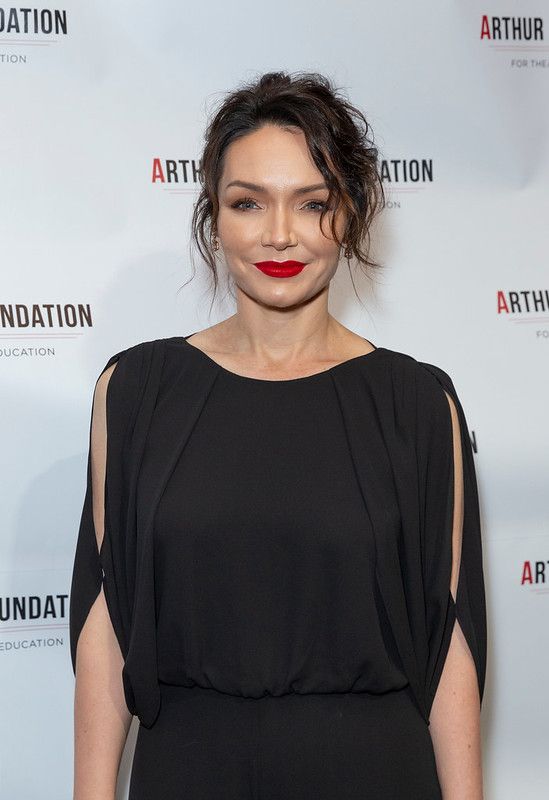 Katrina Lenk is a well-known stage vocalist who has amassed a large following in the theater. Her fame by stage credits includes roles in 'Indecent,' 'Once,' and 'Spider-Man: Turn Off the Dark.'

She began her career as a theatrical worker in 2001, and she earned her degree at Northwestern University, located in Evanston, Illinois. The actress is now starring as Bobbie in Stephen Sondheim's musical company, which got gender-swapped in 2020.

What is Katrina Lenk’s net worth?

Katrina earns the majority of her net worth from starring in movies and singing songs, and her net worth is approximately $1.1 million.

How much does Katrina Lenk earn per year?

How tall is Katrina Lenk?

How old is Katrina Lenk?

Katrina Lenk was born into an eastern European household in Chicago, Illinois. She studied at Barrington High School in Barrington, Illinois. In 1997, Katrina earned her bachelor's degree with honors in viola playing and studied voice and musical theater at the School of Music at Northwestern University.

Who is Katrina Lenk’s partner?

There is no data about her relationship because she prefers to keep her personal life discreet.

In May 2001, Katrina Lenk starred as Yitzak in 'Hedwig and the Angry Inch' at the Broadway Theatre in Chicago, USA. In 2008, she starred as Linda Lovelace in 'Lovelace: A Rock Musical' at the Hayworth Theater in Los Angeles, USA.

In March 2010, she earned her breakthrough as the understudy for Annie Sullivan and Kate Keller in 'The Miracle Worker.' In May 2013, she joined the musical cast as Réza, the violinist.

What awards has Katrina Lenk won?