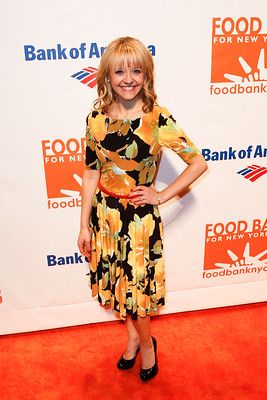 Kelsey Nixon is an American celebrity chef and TV personality.

Kelsey Nixon was born on September 7, 1984, in North Ogden, Utah, a state in the Mountain West subregion of the Western United States of America. She holds American nationality.

Kelsey Nixon hosted the cooking channel series named 'Kelsey's Essentials'. She was also part of the famous TV show named 'Dinner Takes All' and also the show 'Kelsey's Homemade'. She was also in the fourth season of the Food Network series 'Food Network Star'. During her college days, she created her own college cooking show named 'Kelsey's Kitchen' for college students as affordable meals.

What is Kelsey Nixon’s net worth?

Kelsey Nixon has an estimated net worth of $1 million. She builds her net worth by being a cook and TV personality.

How much does Kelsey Nixon earn per year?

The amount of money Kelsey Nixon earns per year is not known.

How tall is Kelsey Nixon?

Kelsey Nixon stands at an average height which is unknown.

How old is Kelsey Nixon?

In North Ogden, Utah, on September 7, 1984, Kelsey Nixon was born. Any information about her early life, parents, siblings, and school education is not known.

Nixon enrolled at Brigham Young University and had a degree in Broadcast Journalism. Later from Le Cordon Bleu – Hollywood, she earned a professional culinary arts degree and also had training from the French Culinary Institute. She was interned at Martha Stewart Living and The Food Network series, 'Semi-Homemade' with Sandra Lee.

Who is Kelsey Nixon’s partner?

Kelsey Nixon got married to Robby Egan in 2008. Nixon and her husband Robby Egan welcomed their first child, son Oliver Egan on June 24, 2012. On November 21, 2016, and in 2020, via surrogate, they welcomed their girls Nora Elizabeth Egan and Penelope Kathryn Egan, respectively.

Nixon was voted as the fan-favorite in the fourth season of 'Food Network Star'. She was the host of 'Kelsey's Essentials' and 'Kelsey's Homemade'. She has an Instagram account with the username @kelseynixon.

What awards has Kelsey Nixon won?

Kelsey Nixon has received a Daytime Emmy nomination in the Outstanding Culinary Host Category in 2013.

In her free time, Kelsey Nixon likes to cook, run, rock climbing, camping, and to travel.