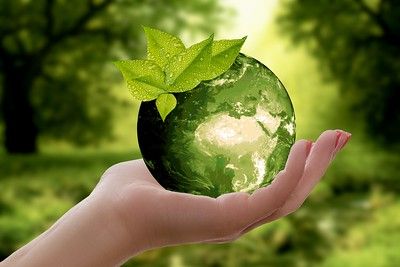 Kevin Franke hailed from the United States and was born on October 9, 1978.

Kevin Franke is the leader of the Franke family featured on the popular YouTube channel 8 Passengers. He pops up on the famous Instagram page and family vlog channel, 8 Passengers, which has acquiredmore than a million subscribers.

Kevin Franke also worked as a geotechnical engineering consultant for URS Corporation and was involved in several prestigious projects. Kevin created The Youtube channel in January 2015 out of his wife's desire. The couple promotes motherhood's beauty through family vlogs and shows how an active life with six children looks daily.

Kevin had a hands-off role on the channel due to his restless work as an assistant professor in Provo, Utah, United States. He worked as a professional geotechnical/earthquake engineering consultant for around seven years.

What is Kevin W. Franke's net worth?

How much does Kevin W. Franke earn per year?

Kevin Franke earned fame and money through their YouTube channel and as a civil engineer. We do not know the exact information about his annual income.

How tall is Kevin W. Franke?

How old is Kevin W. Franke?

After receiving his Ph.D. in 2011, Kevin Franke began working as a geotechnical engineer for 'URS Corporation. On December 28, 2000, he married Ruby before their close family members and friends. The couple has six children. The children are Shari, Russell, Julie, Eve, Abby, and Chad.

Kevin Franke became prominently famous among fellow social media influencers and YouTubers. He is also popular on Instagram as he is often featured on his family's Instagram page, maintained by his wife. Kevin is the brother-in-law of Julie Deru, Beau Griffiths, Ellie Mecham, and Bonnie Hoellein.

Who is Kevin W. Franke's partner?

Kevin Franke is married to Ruby Franke, who frequently appears on their family YouTube channel.

Kevin Franke was well-known as the founder of the YouTube channel 8 Passengers.

In 2006, Kevin Franke began his career as a geotechnical engineering consultant at Kleinfelder Inc. He was engaged in several prestigious projects, including the 'I-15 CORE' project in Utah County and the Kennecott Utah Copper project in Salt Lake County.

Kevin Franke was fond of playing football. In his early life, he was a football player.

We would love your help! If you have a photo of Kevin Franke, either of them alone or a selfie that you would be happy to share, please send it to [email protected].
If you have knowledge or information that you think would help us improve this article, please contact us.