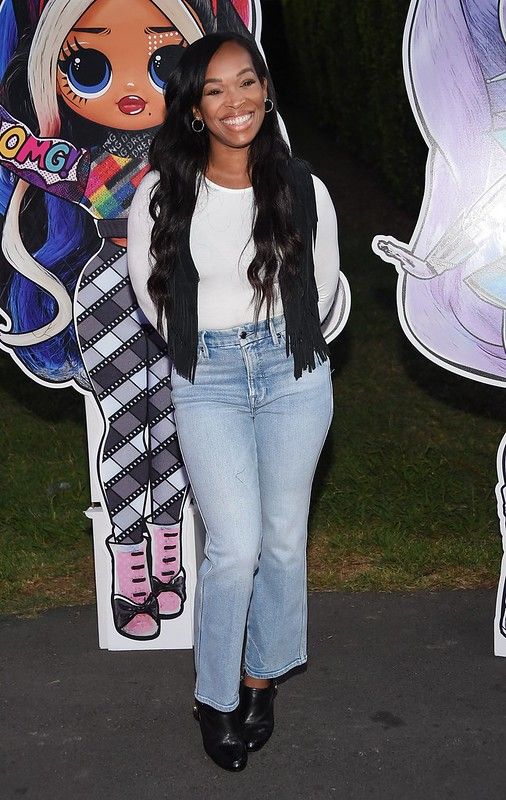 Khadijah Haqq McCray is famous for appearing on 'Dash Dolls' and 'Keeping Up With The Kardashians.' Malika Haqq, her twin sister, is an actor as well.

What is Khadijah Haqq McCray's net worth?

The net worth of Khadijah Haqq McCray is approximately $2 million. She has her net worth from her career as an actress and through social media platforms.

How much does Khadijah Haqq McCray earn per year?

The exact annual salary of Khadijah Haqq is not determined.

How tall is Khadijah Haqq McCray?

How old is Khadijah Haqq McCray?

Born in Los Angeles in California, United States, Khadijah Haqq is of American nationality. The real name of the celebrity on birth is Kadijah Shaye Haqq. She is the daughter of Jamal Abdul Haqq and Beverly Haqq. Khadijah Haqq has three siblings- a twin sister called, Malika Aqueelah Haqq and brother Jamal Haqq.

The educational background of Khadijah Haqq is hidden from public viewing, but it is known that she is well educated and her highest degree is a Ph.D.

Who is Khadijah Haqq McCray's partner?

Khadijah Haqq McCray is married to Bobby McCray, who was a professional football player. The couple was in a relationship since 2006, and after dating for a few years, they tied the wedding knot on July 17, 2010, in Vibiana, in the city of Los Angeles. They have two children- a son Christian McCray and a daughter Celine McCray. In addition, Khadijah Haqq has become the stepmother of Bobby Louis McCray III, who is her husband Bobby's son. Khadijah Haqq and Bobby McCray have been married since 2010, and they live happily with their children in California.

Khadijah Haqq McCray made her debut as a receptionist in the TV series 'Midnight Caller' released in 1991. Her career in movies started in 2005 with 'Sky High', the American comedy superhero movie. 'Sky High,' directed by Mike Mitchell, was a great success, in which she enacted the role of Penny.

In the next year, Khadijah Haqq performed as a voice cast in 'Happy Feet' musical comedy film, which was computer-animated. The movie became a hit and was honored with various awards like the Golden Globe award.

Khadijah Haqq McCray has a huge social media following with millions of followers on Instagram also. This fact made her a perfect partner for many brands to promote their products. Khadijah Haqq is the brand ambassador for several brands like What Waist and Essentia. Khadijah Haqq acted in 'Shanes Kindergarten Countdown', 'The Bernie Mac Show', 'Happy feet projects' and 'Entourage' from 2005-2006.

In 2013, the episode 'Retreat for Couples' of 'The Real Husbands(of Hollywood)' TV series was released, which was her last TV project. Since then, Khadijah Haqq has not done any entertainment projects.