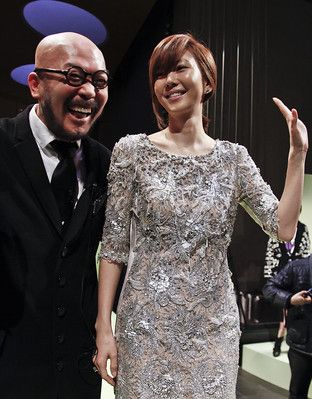 She is a renowned television actress best known for playing the roles of Song Kyung-rin in 'Model', Chun Ji-ae in 'Queen Of Housewives', and Go Hye-ran in 'Misty'. Apart from that, Kim Nam-joo has also been cast in two movies, 'I Love You' (2001) and 'Voice Of Murderer' (2007).

Nam-joo studied theater and film studies at Kyung Hee University. She is currently married to Kim Seung-woo and is the mother of two children. Kim Nam-joo began her career as a model in 1992. Two years later, in 1994, she participated in SBS's talent search competition and secured fourth place. At that point, her career took a new turn, and Nam-joo was subsequently cast on famous shows like 'City Men And Women', 'Man's Great Exploration', 'Fascinate My Heart', and 'Model'.

What is Kim Nam-joo's net worth?

How much does Kim Nam-joo earn per year?

How tall is Kim Nam-joo?

How old is Kim Nam-joo?

Kim Nam-joo was born in Seoul, South Korea, in 1971. However, her family moved to Pyeongtaek, Gyeonggi, when she was only two years old. Even though she has gained worldwide popularity as an actress, her parents' identities remain unknown to date.

Growing up, Kim Nam-joo attended a local high school and then moved to Suwon Women's College to pursue a major in dance. During her sophomore year, she participated in the Miss Korea pageant. The actress found the experience so delightful that she dropped out of college to pursue a modeling career.

Who is Kim Nam-joo's partner?

Coming to her family life, Kim Nam-joo is married to the famous Korean actor Kim Seung-woo. The pair exchanged their wedding vows in 2005 and have since been living together happily. Kim Nam-joo and her husband have also been blessed with two children, Kim Chan-hui and Kim Ra-hee.

Shortly after starting her modeling career, Kim Nam-joo began working with SBS. In 1994, she was cast in the SBS drama 'Hero's Diary' as Ma Cheong-mi. The following year, she performed in two drama series, 'Hymn Of Love' and 'Mystery Of Inside The Mirror'.

Kim Nam-joo's big breakthrough came in 1996 with another drama series named 'City Men And Women'. Following this, Kim Nam-joo became a huge name in the television industry. In the subsequent years, she received the roles of Song Kyung-rin in 'Model', Min-jae in 'The Boss', Chun Ji-ae in 'Queen Of Housewives', Cha Yoon-hee in 'My Husband Got A Family', and Go Hye-ran in 'Misty'.

What awards has Kim Nam-joo won?

As an actress, Kim Nam-joo has received numerous awards over the year. The most prestigious ones are the 1996 SBS Drama Award for 'City Men And Women', the 1998 SBS Drama Award (Popularity Award) for 'Model', the 2010 CETV Award (Grand Prize) for 'Queen Of Housewives', and the 2012 KBS Drama Award (Best Couple Award) for 'My Husband Got A Family'.

Apart from these, Kim was also nominated for the 2018 APAN Star Award (Grand Prize) for 'Misty'.