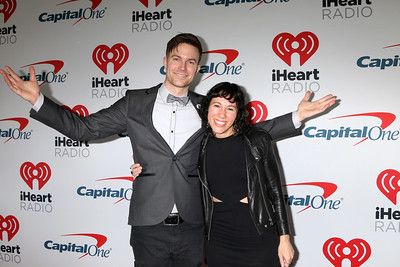 Schifino is a renowned musician, best known as the drummer of the famous indie electronic duo Matt and Kim. As a member of the band, Kim Schifino has produced several successful albums, such as 'Sidewalks', 'Almost Everyday,' 'New Glow', and 'Lightning'.

Kim Schifino began her career as a professional drummer in 2004. It was in this year that she and Matt Johnson formed their duo and began performing. As of 2022, they are one of the most popular musical groups in the US, widely known for their upbeat dance music.

Continue reading this article about the famous drummer and learn more about her net worth, family life, and best works.

What is Kim Schifino's net worth?

How much does Kim Schifino earn per year?

Kim Schifino, the famous American vocalist and drummer, earns about $200,000 per year.

How tall is Kim Schifino?

How old is Kim Schifino?

Even though Kim Schifino has gained worldwide fame as a drummer, a lot of details about her childhood and family members remain unknown, including the identities of her parents. However, it is known that Schifino is a native of Brooklyn and was born on June 14, 1982.

Growing up, she attended Pratt Institute, where she met her future bandmate, Matt Johnson. She graduated in 2002 with a degree in illustration. Schifino and Johnson decided to form the duo in 2004. However, it is said that back then, none of them had mastered their instruments.

Who is Kim Schifino dating?

Kim Schifino and Matt Johnson have been in a romantic relationship since their school years. They also work together and run the musical duo, Matt and Kim.