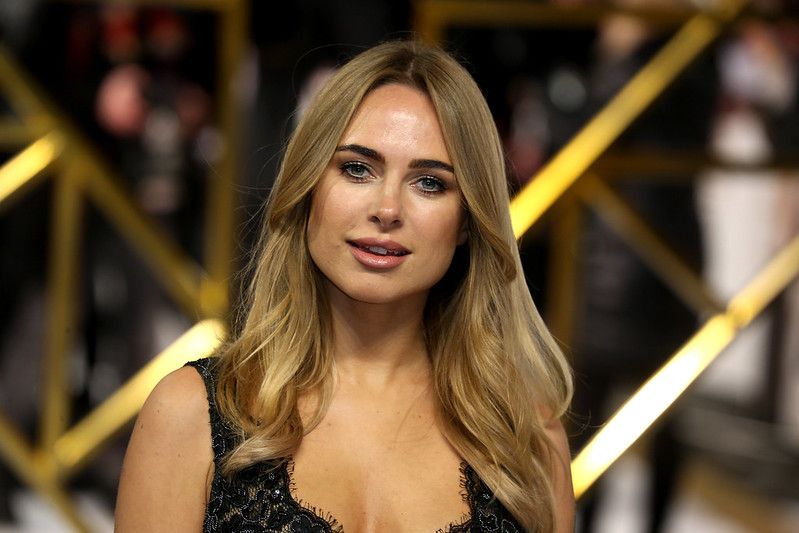 The socialite and performer Kimberley Garner is most known for her performances on the popular British reality show Made in Chelsea'. However, she has also worked as a fantastic fashion designer. Her swimsuit business, Kimberley London, Ltd., debuted in early 2013.

Kimberly also practices yoga every day and regularly works out on the beach. She's incorporated Zumba and dancing into her training routines to make them more energetic and keep her away from the gym, which she despises. She now divides her time between her homeland and the warm beaches of Miami, Florida, in the United States.

Please continue reading about this television presenter, model, actor, and businesswoman, Kimberly Garner, including her net worth and early career.

What is Kimberley Garner's net worth?

Kimberley has an estimated net worth of roughly over $1 million, and it is due to her fame as a designer, socialite, actress, and television personality. However, this number has not been confirmed by her.

How much does Kimberley Garner earn per year?

Kimberley owes her fortune to her career as an actor and socialite. However, the earnings per year of the Instagram celebrity are unknown to the general public.

How tall is Kimberley Garner?

How old is Kimberley Garner?

Kimberley Garner is the beloved daughter of Geraldine Garner and property developer Russell Garner. Christopher Garner is her brother, while Countess Faye de Pelet is her sister.

Kimberley Garner attended St George's School in Ascot, where she studied photography, politics, religion in the sixth form, and art.

Who is Kimberley Garner dating?

Garner is currently single and is focused on her career. She dated musician James Arthur in 2012. In the same year, she dated British businessman Richard Dinan, the creator of the energy companies  Pulsar Fusion and Applied Fusion Systems. She's maintained her romantic life a mystery since then and rarely spoke about personal matters. She recently stated that she was engaged to be married in 2019 but had broken off the relationship without revealing who the person was. There is no current update on her relationship status.

She rose to prominence as a recurring member of the cast of the reality television show 'Made in Chelsea,' which she decided to join in March 2012 but left in the very same year. Garner debuted her first swimsuit line, Kimberley London Ltd., in May 2013 and has since released several others.

She went on to become a real estate developer and has built several residential properties in Miami and London. Kimberley played in the action-thriller 'Sweetheart' in 2019 as the female lead. It went on to win the Los Angeles Independent Film Awards in 2020. Kimberley has also been on the news program 'The Wright Stuff.'

Kimberley's most recent business attempt is a men's swimsuit collection called 'Sunday For Lovers,' which will debut soon.

Kimberley is well known for attending charity events and consistently contributes to the greater good. However, solid details regarding the same are not publicly available.

What awards has Kimberley Garner won?

Proud daughter of Russell Garner, Kimberley is yet to win any major awards.

Kimberley is so concerned about her appearance and overall health that she has adopted a healthy eating and exercise regimen. Kimberley is an animal enthusiast who owns a dog Sasha as a pet. Kimberly is known to be a social media celebrity with over half a million Instagram followers and a Facebook presence.