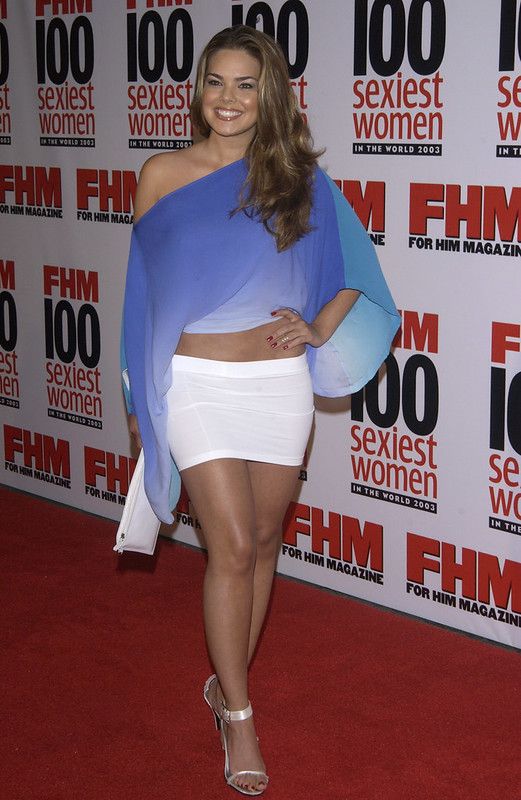 Kimberly Pressler is well known for holding the title of winner of Miss USA in 1999. Besides, this businesswoman and sports reporter works for the Professional Bowlers Association telecasts presented by FOX.

Kimberly Pressler was born in USA. After completing her graduation from the Clarion University of Pennsylvania, she moved to New York. She won her first state title Miss New York Teen USA in 1994. She represented the US at several beauty pageants. Later, she hosted several television shows. She is also the Dane Herron Industries' Chief Financial Officer, a California-based company.

What is Kimberly Pressler’s net worth?

Kimberly Pressler has an estimated net worth of $5 million. Her primary source of income includes her earnings from her modelling career. Besides, she also earns as a businesswoman and sports reporter.

How much does Kimberly Pressler earn per year?

Not much is known about the annual earnings of the former Miss USA, Kimberly Pressler.

How tall is Kimberly Pressler?

Not much information is available regarding her physical measurements. However, she features black eyes and brown colored hair.

How old is Kimberly Pressler?

Kimberly Pressler was born on May 21, 1977 in Las Vegas, Nevada, USA. She was brought up by her parents Stan Pressler and Michelle Pressler. While Stan Pressler is a retired staff sergeant in the air force, Michelle Pressler was a homemaker. Pressler spent her childhood in a military environment. She later shifted to Western New York where she completed her primary schooling. She attended the Ten Broeck Academy to complete her graduation. Later, she was admitted to the Clarion University of Pennsylvania to get a degree in the field of International Business.

Who is Kimberly Pressler dating?

No information regarding her private life has not been revealed yet.

Kimberly Pressler was born to Stan Pressler and Michelle Pressler. Her father is a retired staff sergeant, while her mother is a housewife.

Kimberly Pressler is well known as the former Miss USA and sports reporter.

In 1994, Kimberly Pressler received her first title as Miss New York USA (Teen) . In 1998, she was crowned Miss New York USA. The following year, she won the Miss USA title. Even today, Kimberly Pressler is very active in the pageant world. In 2011, she was invited as a guest on the 60th Anniversary of the Miss USA Pageant. The event was held in Las Vegas. Also, she has been a host at several beauty pageants including Miss Massachusetts USA and Miss Massachusetts Teen USA.

In 2008, she became only female reporter to be heard reporting all the three seasons of 'X Games', which included 'Winter X Games', 'Navy Moto X Championships' and 'Winter X Games'. The 'Navy Moto X Championships' was held at San Diego while the latter was held at Los Angeles. Also, she was a host of one of the seasons of 'Truck Academy' which featured on the Outdoor Channel.

After completing her tenure as Miss USA, Pressler became a part of MTV Network. She hosted several shows including 'Senseless Acts Of Video', 'TRL', 'Becoming', and 'Fast And Famous'. She was also a host at NBC's 'Adrenaline X'. Moreover, for two years, 'WPSA ATV Championships' was hosted by her, which featured on ESPN. Also, she hosted the 'WPSA Snowcross Championships'.

In June 2013, Pressler has been reporter for 'Red Bull Fighters' three seasons. She covered the world tour series of 'Red Bull Fighters' live from Osaka and it was featured on FUEL TV. Besides, she also served as the host of FOX College Sports' 'ACIS Fitness National Championship'.

Kimberly Pressler has been featured in several magazines, including People's Magazine and TIME. She had also been considered as one of the 101 Sexiest Women In The World' by Stuff Magazine.

During her career as a businesswoman, Pressler is serving as the Chief Financial Officer of Dane Herron Industries as of June 2022. This is an award-winning company based in California that is involved in event production, building dirt bike parts, and skateparks throughout the world.

During her reign as Miss USA in 1999, Kimberly Pressler helped to fundraise millions for the Carol M. Baldwin Research Foundation which worked toward Breast and Ovarian Cancer Research.

What awards has Kimberly Pressler won?