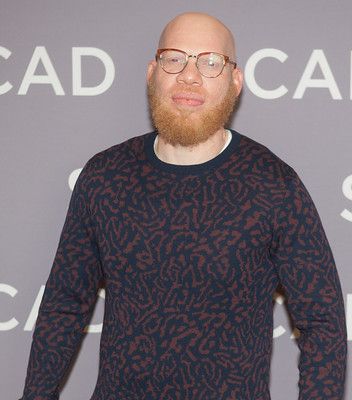 Krondon has worked in three movies and two TV series.

As a rapper, Krondon has released four solo albums. He has worked on six albums with his Strong Arm Steady group.

Krondon, or Marvin Jones III, is an American actor and rapper from Los Angeles, California. He is a part of the Strong Arm Steady group with rappers Mitchy Slick and Phil Da Agony. The group's debut album was released in 2007. In his acting career, Krondon has played the role of 'Tobias Whale' in 'Black Lightning,' a television series. However, his debut appearance was in 'Harry's Law.' He has been active since 2003. We will also discuss his songs, movies, and birthday.

What is Krondon’s net worth?

The estimated net worth of Krondon is $4 million as of 2022.

How much does Krondon earn per year?

The exact amount of income earned by Krondon is not known. His main source of earnings is from his career as a rapper and an actor.

How tall is Krondon?

How old is Krondon?

Krondon was born Marvin Jones III in Los Angeles, California, on July 9, 1976, under the zodiac sign of Cancer.

T. D. Jakes is the father of Marvin Jones. However, he has not revealed details about his mother. His father is an entrepreneur and a senior pastor at the Potter's House of Dallas. Marvin Jones was raised in the South Central neighborhood of Los Angeles. There is no information available about his siblings or his educational background.

Marvin Jones has not revealed details about his marital status. He was previously in a relationship with Yessica G, a director, and writer. Jones has two daughters, Heaven Jones, born in 1993, and Ella Jones, born in 2012. His older daughter is an entrepreneur.

Krondon worked on Strong Arm Steady Presents... Krondon - Black Goldmember Vol. 1 and Black Goldmember Vol. 2 as a solo musician in 2003. In 2010, the SAS group released In Search Of Stoney Jackson, a conceptual album. In the same year, Krondon released his solo album Let 'Em Live. The group's third studio album was released in 2011, titled Arms & Hammers. In the same year, Krondon made his Hollywood debut with 'Harry's Law' in the 'American Dreams' episode. The SAS group released Members Only EP, Stereo Type EP, and Stereo Jr EP in 2012. In 2013, he appeared as himself in a documentary movie, 'Our Vinyl Weighs A Ton: This Is Stones Throw Records.' He also released a solo album, Everything's Nothing. Between 2018 and 2021, he played 'Tobias Whale' in 'Black Lightning.' In 2018, Krondon voiced the 'Tombstone' character in 'Spider-Man: Into The Spider-Verse.' He recently appeared in an episode of 'Into The Dark' as 'Orderly' in 2020.

Krondon is best known for working in 'Black Lightning' and for being a part of the Strong Arm Steady group. He is currently working on a book. He also established his lifestyle and clothing brand called Casino in 2022. He also ghostwrites for Xzibit, Dr. Dre, and Snoop Dogg.

Other Interesting Krondon Facts And Trivia