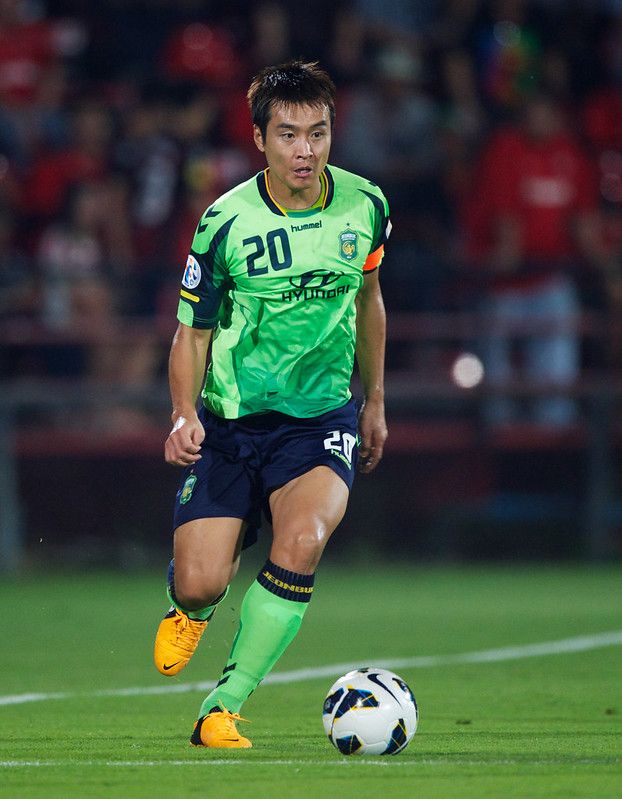 In 1998, made Lee Dong-gook made his debut as a professional soccer player for the Pohang Steelers.

He was a record scorer for this team and even won the K League Rookie of the Year title. Lee Dong-gook has been a part of the South Korea national team and has played in the FIFA World Cup in 2006 and 2014.

This soccer player took up acting in 2012 and has starred along his wife and children in a popular reality television show between 2015 to 2019.

In October 2020, Lee Dong-gook announced that he would be retiring from professional soccer via a YouTube video.

What is Lee Dong-gook’s net worth?

According to some sources, Lee Dong-gook has an approximate net worth of $1.5 million. Most of this net worth has been accumulated from his work as a professional soccer player. His net worth is also contributed through his various television programs.

How much does Lee Dong-gook earn per year?

There is no information available on the amount that Lee Dong-gook earns in a year.

How tall is Lee Dong-gook?

How old is Lee Dong-gook?

Lee Dong-gook was born in Pohang, a city in the Gyeongbuk area of South Korea to Lee Gil-Nam and Kim Myung-Ja.

Who is Lee Dong-gook’s partner?

Lee Soo-jin is the wife of this soccer star. They got married in December 2005 and have five children, two pairs of twin daughters and a son.

His wife, Lee So-jin came second in the Miss Korea beauty pageant in 1997.

He lives with his family in South Korea.

Lee Dong-gook started as a professional footballer in 1998. Here are a few highlights of his football career.

The Pohang Steelers was the name of the club in the K League, the professional league in South Korea that Lee Dong-gook joined to play youth soccer. Due to his stellar performance, Pohang Steelers lifted the Asian Championship title that same year.

Lee Dong-gook was made a part of the U-19 national team of South Korea and played in the Asian Football Confederation (AFC) Cup in 1998.

In 2000 Lee Dong-gook became the top scorer at the AFC Asian Cup.

In 2001, Lee Dong-gook was loaned by Pohang Steelers to Werder Bremen, a club in the German football league Bundesliga. However, his performance was not up to the mark and due to a knee injury he was not able to be a part of the South Korean national team for the World Cup in 2006 organized by FIFA.

In 2002, the announcement that he was dropped from the national team shocked fans. However, Guus Hiddink, who was the coach of the team at that time explained that this was due to the player's lack of training and issues with alcohol.

In 2007, Lee Dong-gook joined Middlesbrough, an English Premier League club. He had signed a contract of 18 months and debuted with them in 2007 in a match against Reading.

After his contract ended he returned to South Korea and started playing for a professional football club. In 2009, Lee Dong-gook joined the Jeonbuk Hyundai Motors professional team. In 2011, he helped this team win their second K league title. He was also a part of the Jeonbuk team in the final of the AFC Champions League in 2011.

As a part of the Korean team, Lee Dong-gook played in 105 events and scored 33 goals.

He has also been a part of the team for 26 tournaments organized by FIFA and in these he has scored nine goals.

Lee Dong-gook has been the host of a few television shows as well including Legend Festival in 2022. He has also featured in other television programs mostly as a guest star.

What awards has Lee Dong-gook won?

As a soccer player, Lee Dong-gook has won many awards some of these includes the K League Rookie Of The Year Title when he started playing professionally in 1998, a bronze medal at the Asian Games held in 2002, and he was named the top goal scorer in the AFC Asian Cup in 2000.

As an entertainer, Lee Dong-gook has won the KBS Entertainment Awards in 2015 in the Best Entertainer category and in 2016, the Top Excellence Award for a variety show at the same event. Both these awards were for 'The Return of Superman', a reality show.

Spending time with his children could be listed among the hobbies and interests of this soccer player as he has not only appeared in a television reality program with them but also posts pictures of them doing fun activities together on his Instagram account.