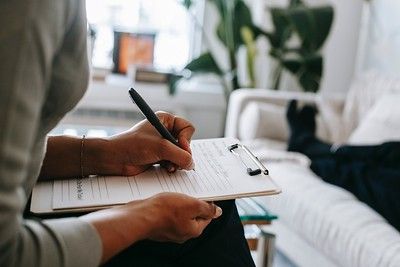 Lesa Lewis is a renowned participant in the TV series 'Storage Wars: Texas'.

Lesa is originally from Kansas City, Missouri. Currently, she lives in Crockett, Texas.

Lesa began bidding on storage units as a hobby in 2006, but Doug, her husband's job convinced her to pursue it full-time. She mainly gathers items whose owners have neglected them or are unable to pay the storage rent. Lesa used to go to storage auctions and then sell the items she found in her storage units, similar to smaller-scale garage sales. Her resale shop, Again & Again Resale Thrift Store, has now opened in her present home of Crockett, Texas.

What is Lesa Lewis’s net worth?

Lesa Lewis is a successful businesswoman and reality TV personality, which makes her net worth around $2.5 Million.

How much does Lesa Lewis earn per year?

The annual earnings of Lesa Lewis are still unknown and are under review.

How tall is Lesa Lewis?

How old is Lesa Lewis?

Lesa Lewis's birth took place on March 9, 1967 in Kansas City, Missouri in the United States. Lesa grew up with her parents and four siblings in San Mateo, a city in California. By birth, her name was Lesa Marie Tyo. Her father's name is Bill Tyo, and Ellen Tyo is her mother. Michael Tyo and Peter Tyo are the names of her two brothers, and Stephany Horn and Giselle Tyo Turchett are her sisters. In 1998, Lesa attended Angelina College and earned a certificate in real estate business.

Who is Lesa Lewis’s partner?

Robert Douglas 'Doug' Lewis is Lesa's husband, and he is an ex-truck driver. Lesa was inspired by Doug's job as a truck driver to turn her storage unit bidding passion into a full-time job.

Lesa is best known for her storage unit bidding and auctions. Together, Lesa and her assistant, Jerry Simpson, formed a partnership business, and they became frequent cast members of the TV show 'A&E Storage Wars'. She is currently traveling around Texas, discovering abandoned storage units, and bidding on them to discover and resell significant findings.

Lesa has been sneered at by her 'Storage Wars' co-stars for being a relative newcomer, yet she is an extremely clever buyer. She made one of her best investments when she bid $2,600 on a storage unit that turned out to hold a $5,000 Giorgio Armani couture jacket. The majority of the findings she makes can be found on the shelves of her resale shop, Again & Again Resale.

We would love your help! If you have a photo of Lesa Lewis, either of them alone or a selfie that you would be happy to share, please send it to [email protected]. If you have knowledge or information that you think would help us improve this article, please contact us.