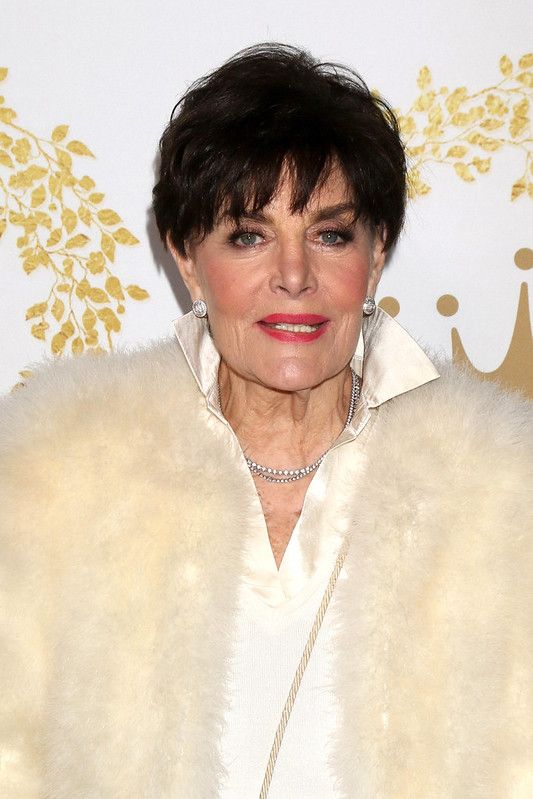 Linda Dano was born Linda Rae Wildermuth (real name) on May 12, 1943, in Long Beach, California, in the United States, with the Taurus zodiac sign.

Linda Dano is a famous soap opera actress, businesswoman, author, and activist known for films and TV series like 'One Life To Live', 'Another World', 'The Montefuscos', 'The Shadow Of Chikara', and 'Reservation Road'. The actor is also famous for being a romance novelist.

Linda Dano has been married to Frank Attardi, Salvatore Giordano, and Larry Peck. Frank Attardi is an advertising agent and was a co-host with Linda Dano PBS's 'VIP' series. Linda Dano has always been popular in soap opera circuits. She has been quite well-known for portraying the characters of Rae Cummings in 'One Life To Live' and Felicia Gallant in 'Another World'. Linda Dano was also nominated five times for a Daytime Emmy Award. She won once in 1993 for her role in 'Another World'. Linda Dano is also known for co-hosting the talk show 'Attitudes' on Lifetime. She has had a long relationship with her clothing and home-furnishings line (own apparel line) with QVC. She partnered with QVC, the home shopping channel, in 1993.

Learn more about the American actress, author, and entrepreneur in the coming t

What is Linda Dano's net worth?

The estimated net worth of Linda Dano is said to be around $8 million. She has done many popular TV shows and authored many famous books, which add to her net worth.

How much does Linda Dano earn per year?

The annual salary of Linda Dano is not known. Her net worth is pretty high, meaning she earns quite a lot with her projects.

How tall is Linda Dano?

How old is Linda Dano?

Linda Dano was born in Long Beach, California, to Ted Wildermuth and Evelyn (Delgado) under the zodiac sign of Taurus. Her real name is Linda Rae Wildermuth. There is no information about where Linda Dano went to study. The names of her siblings and other family members are also not known.

Who is Linda Dano's partner?

The soap opera actress has been married thrice. Linda Dano was married to Frank Attardi, the actor, for over 20 years until he died in 2004. Linda Dano is survived by two stepchildren, three stepgrandchildren, a nephew, and a niece.

During the '70s, Linda Dano was seen in television police and detective drama series like 'Police Woman', 'Charlie's Angels', 'Harry O', 'Petrocelli', 'The Rockford Files', 'Ironside', 'Starsky & Hutch', 'Barney Miller', 'CHiPS', 'Emergency!', and 'The Six Million Dollar Man'. She is famous for playing the role of Vivian Alamain in 'Days Of Our Lives' and Rae Cummings in 'General Hospital'.

Linda Dano also appeared in 'The Montefuscos', a short-lived 1975 NBC comedy series. The series was canceled after airing just three episodes and ultimately ended after seven episodes. Although small, Linda Dano also had roles in productions like 'The Last Survivors' in 1975, 'The Night That Panicked America' in 1975, 'The Nurse Killer' in 1975, and 'The Shadow Of Chikara' in 1977.

Linda Dano is a soap opera actress and has done pretty well in this field. Linda Dano was bound to contract with 20th Century Fox for many years with actors like Tom Selleck. She then joined the cast of 'One Life To Live', the ABC soap opera, in the character of Gretel Cummings from 1978-1980. The character in 'One Life To Live' gained her worldwide recognition. The soap opera actress then played the character of Cynthia Haines from 1981-1982 on the show 'As The World Turns'.

Linda Dano then played the character of romance novelist Felicia Gallant on the show 'Another World' from 1982-1999. The show was canceled on June 25, 1999.

In 1999, she returned as Gretel Cummings's character in the show 'One Life To Live'. The actress named the character Rae Cummings later. The character also appeared in 'All My Children', 'Port Charles', and 'General Hospital', three other ABC soap operas. Dano was seen as Lena Kendall in 'Guiding Light' of CBS. She was also seen on 'Days Of Our Lives' in early 2021.

The actress from Long Beach co-wrote at least one romance novel during her time on 'Another World'. She wrote under the name of her character, Felicia Gallant. The co-author was Donna Ball.

What awards has Linda Dano won?