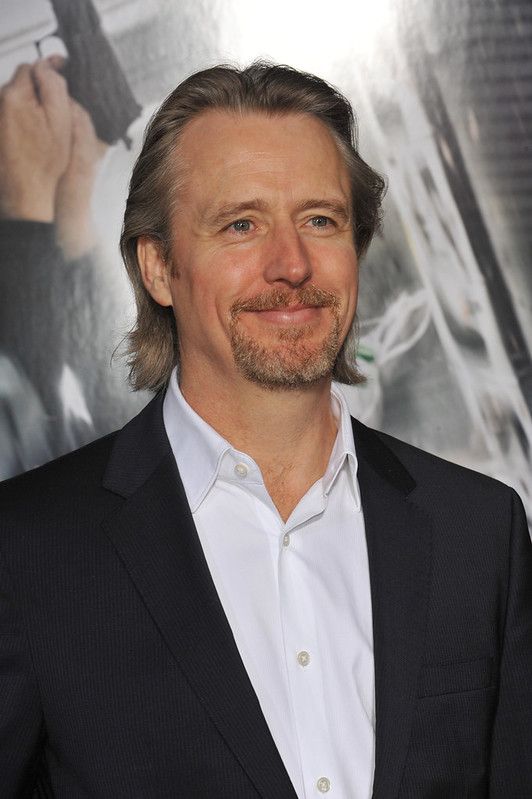 Linus William Roache is a famous British actor, who has appeared in many films and TV series during his career.

Linus Roach started his acting career at a very young age. When he was 11 years old, he was cast in the English TV show, 'Coronation Street', in 1973.

Amongst his many appearances, Linus Roache has acted in 'Batman Begins', 'Law & Order', 'Homeland', and 'Vikings'. He has been nominated for and won many awards throughout his successful career.

Keep reading to learn more about the life and career of actor, Linus Roache!

What is Linus Roache's net worth?

Linus Roache is an English actor who has worked consistently for almost 50 years. His estimated net worth is between $8-9 million.

How much does Linus Roache earn per year?

The exact annual income of Linus Roache is not known and it will vary depending on his various projects.

How tall is Linus Roache?

How old is Linus Roache?

Linus Roache was born in Manchester, England, to his parents, William Roache and Anna Cropper, who were both actors. Linus Roache grew up with four siblings. He has a sister named Vanya Roache, and step-siblings, named James Roache, Verity Roache, and Edwina Roache.

Linus Roache attended the Bishop Luffa School in West Sussex and later switched to the Rydal School in North Wales. His interest in drama and acting grew with his parents as a motivational point. Thus, to pursue this interest further, Linus Roache studied acting and gained training from the famous Royal Central School of Speech and Drama in London. After his specialized education in Dramatics, Linus Roache continued to work on his skills to become the well-known actor he is today.

Who is Linus Roache's partner?

Linus Roache is married to Rosalind Bennett, who is also an actor. The pair first met on the set of 'Coronation Street'. The couple fell in love and were soon married in 2002, at Malvern Hills in Worcestershire.

At a very young age, Linus Roache started his acting career in the British soap opera, 'Coronation Street', in 1973, playing the character of Peter Barlow. Soon after, he attended and graduated from the Royal Central School of Speech and Drama. After which, Linus Roache got many roles as a supporting actor. His first gig in a leading role came to him in 1994, with Antonia Bird's film, 'Priest'.

Even though he had acted in many productions for over 10 years, his career as an actor reached greater heights first in 2000, and then again in 2002, when he received awards for Best Actor. After this recognition, his opportunities as a screen actor began to increase. A few of his popular appearances were in 'Pandaemonium', 'Blind Flight', 'Batman Begins', 'The Namesake', 'The Chronicles of Riddick', and 'Non-Stop'. He received nominations for a Golden Globe Award in 2003, for 'RFK', in which he played Robert F. Kennedy.

Linus Roache was cast as Michael Cutter in the 18th season of 'Law & Order' and was consistently working on the project for three years. He later appeared as the same character in 'Law & Order: Special Victims Unit', which was aired in 2011.

Linus Roache has often been involved in philanthropic activities. He is said to have associated with organizations such as Yes to Life and EnlightenNext. He once reported that over a period of eight years, he had donated between 40-60% of his earnings to different causes, although the exact details of which are publicly unavailable.

What awards has Linus Roache won?

Linus Roache has had a successful career in the acting industry and has been nominated seven times for different awards, winning three. In 2002, he received the award for Best Actor at the Evening Standard British Film Award, for his role as Samuel Taylor Coleridge in 'Pandaemonium'. In 2003 he won the award for Best Actor in a Supporting Role Award at the Golden Satellite Award, for his role as Ralph Follett Wigram in 'The Gathering Storm'. In 2019 he won the Best Supporting Actor award at CinEuphoria, for his work in 'Mandy'.

In 2003, he was nominated at the Golden Globes for Best Performance by an Actor in a Miniseries or a Motion Picture Made for Television, for his performance in 'RFK'.

In 2004, he was nominated at the BAFTA awards in Scotland

Linus Roache is a sci-fi fan and likes to write too. He enjoys playing a variety of character roles and has always taken up the challenge of working on a unique character.