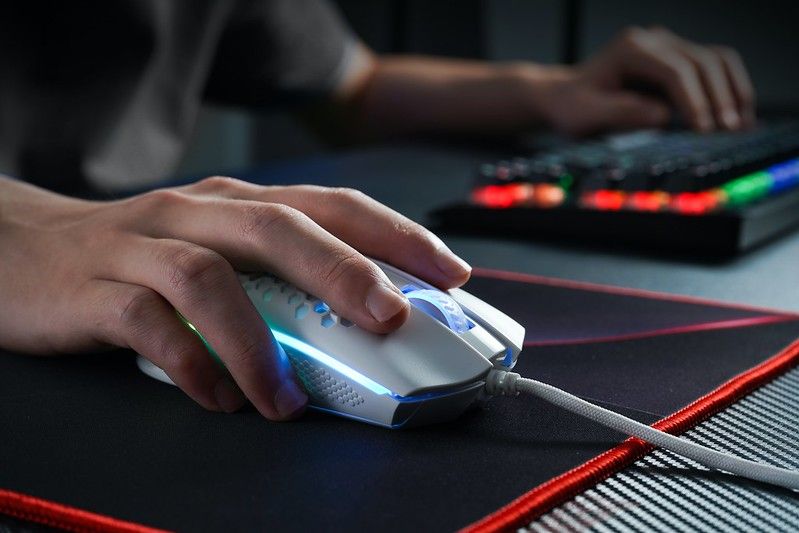 LobosJr., aka Mike Villalobos, is a YouTuber and Twitch streamer who has amassed a loyal following called the Wolfpack primarily via his expertise on virtual live games.

LobosJr. broadcasts approximately 42.8 hrs each week, or about six hrs a day, and has an average of 1,500 views an hour, as of June 2022. He is the younger brother of Brian Villalobos, the famous actor, and gamer.

Before becoming a professional streamer, LobosJr. worked as a quality analyst for the virtual game 'Star Wars: The Old Republic' at BioWare. The Twitch star studied computer science at Texas University, San Antonio. He is a pass-out from Texas State Technical College. LobosJr., The Twitch star, is an outstanding musician, and for several cover bands, he played the guitar.

What is LobosJr.’s net worth?

How much does LobosJr. earn per year?

The Twitch star has over 388,000 YouTube subscribers and more than 340,000 followers on his professional Twitch channel as of June 2022. He makes about $35,000 per month through channel viewership according to 2022 statistics. He also earns from tiered memberships, endorsements, gratuities, Twitch cheer bit offerings, item selling, and commercials.

LobosJr. did a computer science course at the University of Texas at San Antonio in 2007. Later, he attended Texas State Technical College. He was hired by BioWare and worked in quality assurance on the virtual character-playing game 'Star Wars: The Old Republic'.

LobosJr. seems to be single at present. He was dating streamer Eleni (BloodyFaster) in 2018.

The professional journey of this celebrity gamer is fascinating. In 2011, initially, LobosJr. began streaming on Justin TV, playing 'Final Fantasy 7'. He found steaming exciting and continued to live stream other games on his channel. He did his debut speed running with 'Legend Of Zelda: Link To The Past' in 2012 and loved it. He then tried to exceed his previous session of 4.5 hours and started streaming those attempts. LobosJr kept tabs on the last records to compare his time to other players, gradually attracting spectators.

After two significant events, his channel picked up. One was when he started broadcasting 'Dark Souls', and the other was when he managed to defeat 'Dark Souls' blindfolded with a ski mask while his pals guided him by narrating his surroundings. This set off a chain of speedrun contests and led to a notable event on March 20, 2013. LobosJr. could make a world record for a speedrun of 'Dark Souls' only aided by a shielding. He didn’t start broadcasting full-time until 2015. In March 2017, he joined N3rdfusion as a senior content maker. The Twitch star continues to upload videos of various games, including 'Super Metroid', 'Final Fantasy XIII', and 'Fallout 4'.

What awards has LobosJr. won?

In 2021, LobosJr. was the recipient of the Best Of Austin award by the Austin Chronicle.

LobosJr. is a musician in his leisure moments, and he plays guitar for various video game music and cover bands such as Gimmick!, Returners, Lords Of Thunder, and others. He also enjoys anime.

Other Interesting LobosJr. Facts And Trivia

We would love your help! If you have a photo of LobosJr, either of them alone or a selfie that you would be happy to share, please send it to [email protected].
If you have knowledge or information that you think would help us improve this article, please contact us.