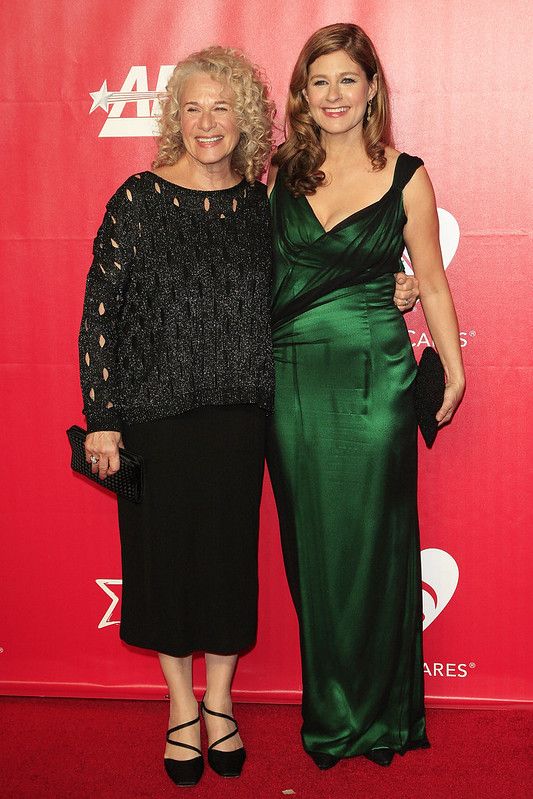 Louise Goffin is an American singer, songwriter, and instrumentalist.

She is also the producer of the album ‘A Holiday Carole,’ which was nominated for Grammy Awards. She was born on March 23, 1960, in Brooklyn, New York City, United States.

What is Louise Goffin’s net worth?

Louise Goffin has an estimated net worth of $1.5 million.

How much does Louise Goffin earn per year?

The annual income of Louise Goffin is not known.

How tall is Louise Goffin?

How old is Louise Goffin?

Louise Goffin was born in Brooklyn, New York City. The singer celebrates her birthday on March 23. She is the eldest child born to very famous parents and was kept away from the public eye, along with her sisters, by their parents.

Louise Goffin entered the music world with her sister, Sherry, in 1974 when she was just 14 years old. The girls provided vocals for their mother’s song 'Nightingale' on the album 'Wrap Around Joy.' In 1975, she sang backing vocals for her mother’s 'Really Rosie' and 'Simple Things' in 1977.

Louise Goffin was born in 1960 to popular songwriters Carole King and Gerry Goffin. She has three younger sisters, Sherry Goffin, Molly, and Levi.

Louise Goffin was previously married to Greg Wells, but they got separated. They had two sons together.

Who is Louise Goffin dating?

Louise Goffin is not married to anyone as of 2022. She was previously married to the musician Greg Wells.

The multi-instrumentalist and singer has kept on releasing her hits through the 'Majority Of One', including songs from 'The Mine' album, which highlights backing vocals from Alice Cooper and Johnny Depp on 'Watching The Sky Turn Blue,' 'Appleonfire,' a tribute EP to her late father, 'The Essential Louise Goffin, Vol. 1', consolidating features from her past three records with new recordings, and numerous singles.

Throughout her career journey, Goffin has worked with other popular musicians as a side-woman. Goffin is present in the Bryan Ferry's Video 'I Put a Spell on You,' playing the banjo. Moreover, She went on to play guitar on tour in 1997, accompanying 'Tears for Fears.'

Goffin and co-host Paul Zollo began the podcast 'The Great Song Adventure' In 2018.

Louise Goffin works in a partnership with the charitable organization WriteGirl. She teaches songwriting to teen girls who come from disadvantaged backgrounds with the help of the organization.

What awards has Louise Goffin won?

Even though she has an exceptional musical career, Louise Goffin has won many nominations but no mentionable awards yet.

Louise Goffin likes to read and write. She also loves spending time with her family.