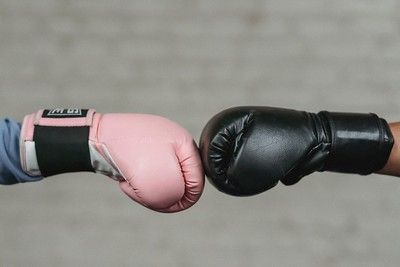 The media occasionally referred to Lucia Rijker as 'The Most Dangerous Woman in the World', and she has maintained many boxing records. Rijker is a Buddhist who speaks four languages and spends time each day contemplating and reciting.

Rijker is mostly involved in her boxing profession and many of her best boxing moments have been posted to YouTube.

Her dad is from Suriname, while her mother was born in the Netherlands. Little else is known about her family life. As an actress, she is best known as the dirty boxer Billie 'The Blue Bear', from the movie, 'Million Dollar Baby'.

What is Lucia Rijker's net worth?

The net worth of Lucia Rijker is $1.5 million.

How much does Lucia Rijker earn per year?

The exact annual income of Lucia Rijker is not known.

How tall is Lucia Rijker?

How old is Lucia Rijker?

Lucia Rijker began training in judo at the young age of six, which marked the beginning of her career in martial arts. She joined the Dutch National Softball Team a year later. After taking up fencing at 14 years old, she won the title of Netherlands Junior Champion. Then, when she was 15, she started her fighting career and defeated Lily Rodriguez, the American kickboxing champion. Lucia Rijker won four world championships, had a 36-0 (25 KO) kickboxing record, and gained fame for being the best fighter.

Who is Lucia Rijker dating?

Lucia Rijker has not revealed any information about her dating life, so it is not known if she is dating anyone at the moment.

Lucia Rijker left her kickboxing career in 1999, to seek a profession in Hollywood, after winning her first 14 fights, but struggling to get a battle with Christy Martin. She starred as dirty boxer, Billie 'The Blue Bear' Osterman in the 2004 Oscar-winning film, 'Million Dollar Baby', and she was mentioned in the film, 'Shadow Boxers'. She had a small part in 'Rollerball' and appeared briefly as Dana's trainer in the season two finale of 'The L Word' in 2005. She appeared in 'The L Word' again in 2018, as Dusty, Helena's prison cellmate. In the 'Star Trek' movie, Rijker portrayed a Romulan communications officer.

What awards has Lucia Rijker won?

Lucia Rijker was always interested in boxing and martial arts. She emerged as a very successful professional boxer.

We would love your help! If you have a photo of Lucia Frederica Rijkar , either of them alone or a selfie that you would be happy to share, please send it to [email protected].
If you have knowledge or information that you think would help us improve this article, please contact us.