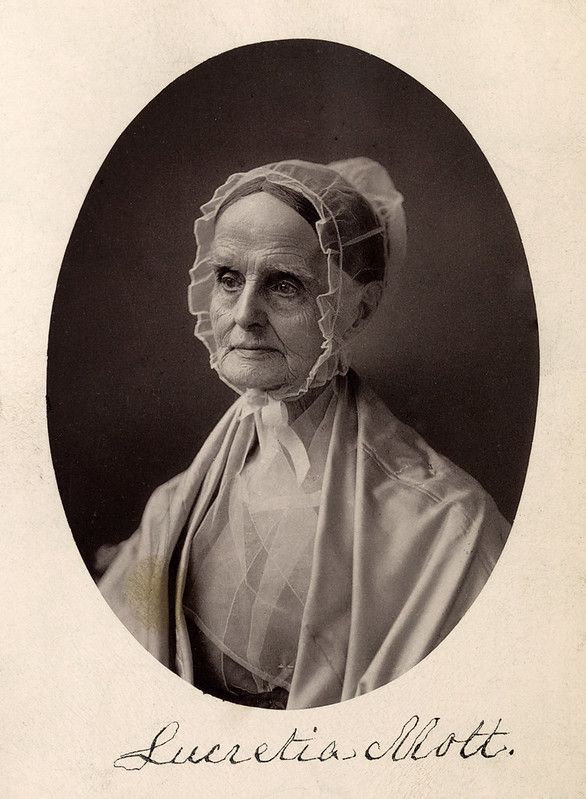 Lucretia Mott of America is regarded as one of the first feminists in the world.

Mott was an abolitionist and public speaker instrumental in giving the women's rights movement an impetus. She considered all humans equal and devoted her life to speaking against the suffering of women and slavery.

Despite being a delegate, she was excluded from entering the World Anti-Slavery Convention only because she was a woman. So she founded several societies for women across America and organized the Seneca Falls Convention, regarded as the world's first public gathering for women's rights. Read about this revolutionary social reformer's life in the following paragraphs.

What was Lucretia Mott's net worth?

Lucretia Mott was a nineteenth-century social reformer and women's rights activist. She served as an assistant teacher for a while and then dedicated her life to raising awareness about gender equality. As she belongs to an era without the internet and technology, there is no written record of her estimated net worth.

How much did Lucretia Mott earn per year?

Lucretia Mott was an excellent public speaker and spent her life talking about women's suffrage. Her long career centered around bringing gender equality and abolishing slave laws. However, we cannot confirm her annual income as no written records exist.

How tall was Lucretia Mott?

How old was Lucretia Mott?

Social reformer Lucretia Mott was born on January 3, 1793, in Massachusetts, USA. She passed away on November 11, 1880, in Pennsylvania, USA. Her age was 87 at the time of death.

Lucretia Mott was born on January 3, 1793, in Nantucket, Massachusetts, USA. Mott was the daughter of Thomas Coffin and Anna Folger, the second of her parent's five children. She was the cousin of Benjamin Franklin, a framer of the American constitution. Mott's father worked as the captain of a ship, and owing to the hazardous nature of his work, he quit when Mott was 10 years old and moved his family to Boston.

Mott enrolled at Nine Partner School in Dutchess County, New York, when she was 13, a Quaker boarding school, believing in equality for everyone. Following her father's death in 1815, Mott became a teacher in a school in Philadelphia. She was exposed to the lack of women's rights at school for the first time when she discovered an apparent disparity between male and female wages.

Who was Lucretia Mott's partner?

Lucretia Mott married James Mott, her father's business partner in Boston. The couple tied the knot on April 10, 1811, and had six children. James Mott was a textile merchant and supported his wife in the women's rights movement. Their son, Thomas Mott, died at the age of two. The rest of their children followed their mother's path and became social reform activists.

Lucretia Mott became interested in the women's rights movement when she started working as a teacher. She discovered that male teachers were paid significantly more than female teachers. This simple realization started the long fight to grant women the status and respect they deserved, making Mott one of the earliest feminists in the world.

In 1821, Lucretia Mott became the Quaker minister of Philadelphia. She boycotted the use of cotton, cane sugar, and other slavery-produced goods. She traveled extensively as a minister to give speeches about slave rights and the importance of free produce. In 1833, with her husband's support, Lucretia Mott founded the American Anti-Slavery Society. Within a few years, she founded the Philadelphia Female Anti-Slavery Society to raise awareness about the evil practise of slavery and gender rights.

By then, Mott had perfected the art of public speaking and was the only woman to speak in the organizational meetings. But the active participation of a woman in the anti-slavery movement scared the conservatives. The Pennsylvania press constantly criticized her for talking to mixed crowds and asked her to remain silent in the church. She was even called promiscuous for providing shelter to runaway slaves.

After being blocked from entering the proceedings, the pair vowed to organize a women's rights convention upon returning to the USA. In 1848, Mott and Stanton organized the Seneca Falls Convention, the first women's rights convention in New York. They talked about a wide range of issues, such as equal pay for women, marriage rights, and seeking custody of children post-divorce.

Mott and Stanton also founded the American Equal Rights Association in 1867, whose main agenda was reducing the suffering of working women. In 1864, Lucretia Mott established the Swarthmore College in Philadelphia to provide a premium liberal education to women of the country.

Lucretia Mott has done substantial charity work in her life. She donated generously to anti-slavery organizations and even converted her home into a resthouse for enslaved people.