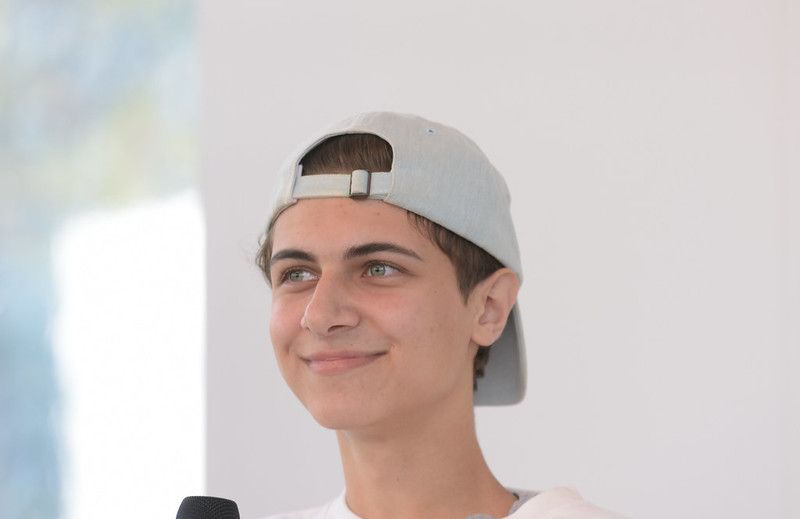 Lukas Rieger is one pop singer who owes his celebrity mainly to social media.

Although he was born in Germany, he prefers to sing in English. Besides, the singer has a huge fan base on social media, which significantly contributed to his swift rise to stardom.

The pop singer kick-started his journey as an artist by participating in the television show 'The Voice Kids Germany'. Despite not making it to the finale, the experience was enough to give him a further push. Following this, the crooner began focusing on building his social media presence to boost his popularity.

What is Lukas Rieger's net worth?

According to sources, Lukas Rieger has a net worth of over $1 million.

How tall is Lukas Rieger?

How old is Lukas Rieger?

Born to parents Michael and Birgit Rieger, Lukas Rieger grew up with his elder sister Marie in Hanover. He went to the Burgdorf Grammar School, where he studied music too. Birgit Rieger, Lukas' mother, was a music teacher adept at playing different instruments, while his father Michael could strum the guitar. He would play and sing along with his family since childhood itself. Besides music, English was Lukas' second favorite subject in school. However, he could not finish school since he wanted to pursue his dream career. However, he learned media designing at a movie production company, JetPack Films.

Who is Lukas Rieger dating?

The rapper was in a relationship with Faye Montana earlier. However, they broke up. Currently, Lukas is single.

Although Lukas Rieger was musically inclined since childhood, he caught the national spotlight when he sang for the blind auditions of the German version of 'The Voice Kids' in 2014. He crooned 'Can't Hold Us', originally sung by Macklemore. However, his performance on 'The Voice Kids' was appreciated only by Lena, a famed German singer who selected and trained him, after which he sang 'Lifted'. Unfortunately, Lukas Rieger did not make it to the finals. This laid the foundation of his career. Over the next few years, he gained a significant following on social media. By 2017, his Instagram account had about two million fans as subscribers, while his follower base on TikTok grew to over 2.5 million fans as subscribers. His YouTube channel got a further boost when he achieved over 400000 subscribers, with his videos reaching over 21 million views.

Rieger performed 'Diamonds & Pearls' in collaboration with Mike Singer and shared it on social media in 2014. The next year they did another song while later joining Abhinav Singh and Keanrah for the cover of a Meghan Trainor song. In 2014, Lukas's solo single, 'Be My Baby', was released through Miami Blue Records. He did another solo single in 2015 called 'Lightspeed Lovers'. The following year, Lukas Rieger introduced his first pop album, 'Compass', which occupied the fourth spot on the German Albums chart. His popularity gave rise to an unusual event following the album's release. According to reports, some of his fans are said to have fainted during a routine signing at the Blautal Center in Ulm, resulting in police intervention. A similar situation occurred in Stuttgart, forcing the management to halt such events in the future.

About two years after the release of the album 'Compass', Rieger launched his second album 'Code'. The following year, in 2019, the rapper contested in the dance show 'Let's Dance', which aired on the German television channel RTL. Also, the pop singer played the part of Marlon in the film 'Mein Lotta-Leben- Alles Bingo Mit Flamingo!'.

What awards has Lukas Rieger won?

Lukas Rieger loves soccer and roots for FC Bayern Munich and Hannover 96. The rapper is a fan of the Brazilian soccer player Neymar.