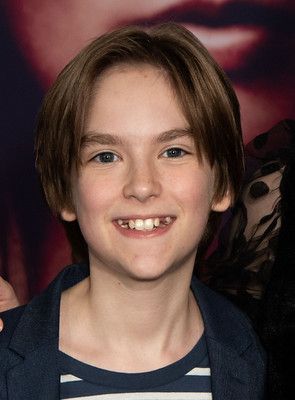 In Orlando, Florida, Luke Judy began his acting career at the age of four. After his family relocated to Los Angeles in the year 2013, he landed his first major role in an episode of TLC Presents in the year 2014.

Luke Judy is a child comedian and TV actor from the United States, and he rose to prominence after playing the role of Ricky Mcclane in the 2014 series 'Llama Cop.' His sister, Savannah Judy, is also a child artist.

What is Luke Judy’s net worth?

The net worth of Luke Judy is believed to be $1 million.

How much does Luke Judy earn per year?

There is no proper data about the yearly earnings of Luke Judy.

How tall is Luke Judy?

How old Is Luke Judy?

Luke Judy was born on March 22, 2007, in Daytona Beach, Florida. His zodiac sign is Aries. Luke began his acting career in Orlando, Florida, when he was four years old.

His parents are Chris Judy and Jennifer Judy, who own and operate a hair salon named Beautiful Hair Color Studio.

Savannah Judy, his sister, is also a child actor and singer who has been on 'Kids With Adult Problems.'

Luke Judy is most recognized for his role as Ricky McClane in the television series 2014 titled 'Llama Cop.' In an episode of the CW series titled 'The Vampire Diaries,' he played the younger version of the character Stefan.

What awards has Luke Judy won?

Luke continues to hone his art by attending weekly acting courses, as well as dance, voice, and piano lessons. He loves to play computer games. His dog's name is Willa.