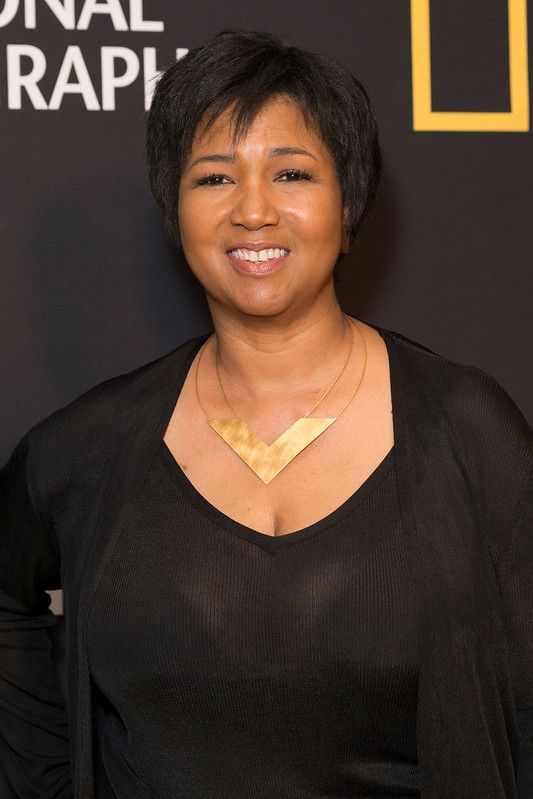 Jemison is a physician, engineer, NASA astronaut, and professor.

She became a national icon for being the first African-American woman to have been to outer space. Besides being everything she already is, she has also appeared in several television programs.

Mae Jemison is one of the members of space mission STS-47. She went on the mission in the position of a mission specialist. Jemison joined NASA a year after the space shuttle Challenger burst into flames, and the mission she went on was the first after this accident. She worked as a medical officer for the Peace Corps as well. Jemison was very ambitious and lived out every dream she ever had, and continues to inspire those around her. Let's go on a little space mission to learn about her career and family life.

What is Mae Jemison's net worth?

Mae Jemison has an estimated net worth of $2 million.

How much does Mae Jemison earn per year?

There is no information on how much Jemison makes per year.

How tall is Mae Jemison?

How old is Mae Jemison?

As a child, Jemison had several dreams, one of which was to become an astronaut. She loved science and spent ages at the library. She completed high school at 16 from Morgan Park High School in Illinois.

Jemison wanted to be a biomedical engineer. She ended up getting a chemical engineering degree from Stanford University from where she graduated in 1977. While in university, Jemison attended dance classes and excelled in the art form. She also did volunteer work and theater.

She then joined Cornell University, an esteemed medical school. She pursued a master's degree in medicine. Jemison's research was on the influence gravity has on living organisms. She graduated in 1981.

Who are Mae Jemison's parents?

Mae Jemison was born to Charlie Jemison and Dorothy Green. Charlie Jemison worked as a maintenance supervisor, whereas Green was a school teacher. The family moved from Alabama to Chicago, Illinois, when Mae Jemison was three. She is the youngest of three children. Her siblings' names are Ada Jemison Bullock and Charles Jemison.

Who is Mae Jemison dating?

Mae Jemison dedicated her life to work and had no time to consider marriage. The Stanford University graduate has never been married, and there is no history on whom she dated.

Mae Jemison is an extremely inspiring woman because of all the work she has done throughout her life.

After completing her medical degree, Jemison became a doctor in Los Angeles. She then signed up to volunteer as a medical officer in the Peace Corps. Jemison worked for two years in Sierra Leone and Liberia. She also studied diseases like rabies with the CDC to find potential vaccines and taught there. She returned to the US in 1985, where she started the private practise of medicine and also took UG-level classes in engineering.

In 1985, Jemison made her first attempt at applying to NASA's astronaut program and reapplied in 1987. She did pre-launch work and worked on the software of the shuttle. In 1989, on September 28, it was confirmed that Jemison would be a part of NASA's Astronaut Corps and trained to go on a space mission. In 1992 she was one of four people to board the space shuttle Endeavour. Jemison's responsibilities included taking care of the crew, checking them for travel sickness, and researching bone cells. She seized this opportunity to study the effect of zero gravity on the development of tadpoles. The crew circled the Earth 126 times in eight days. Upon her return from space, the NASA astronaut resigned in 1993.

Mae Jemison started her company named Jemison Group. She founded the Jemison Group after her work at NASA. The company focuses on integrating engineering with socio-cultural issues to innovate technology that will help those that need it, for example, using satellite technology to promote accessible health care. She also worked at Dartmouth College as an environmental studies program professor. Jemison is a part of the National Academy of Medicine. She continues using her chemical engineering knowledge and medical degree to make the world a better place.

Jemison worked in Thailand at a Cambodian refugee camp. Mae Jemison also volunteered in the Peace Corps, helped many people, and educated them. She became the founder of the Dorothy Jemison Foundation for Excellence in 1994. Through this, she started a science camp called The Earth We Share, which provides students with the experience of problem-solving and STEM education.

What awards has Mae Jemison won?

Jemison has won several awards and received many honorary doctorates across several fields from institutes such as Dartmouth College. She was inducted into the US National Women's Hall of Fame in 1993 and the International Space Hall of Fame in 2004.

In 1988, she won Essence magazine's Science And Technology Award, and in 2002 she was part of Molefi Kete Asante's list of the 100 Greatest African-American people. Mae Jemison also received the Buzz Aldrin Space Pioneer Award. In 2021 the Unites States Military Academy awarded her the Sylvanus Thayer Award.

From a young age, Mae Jemison loved to study and loved to read and learn about science. She was interested in dance when she was in college and even thought of taking it up as a career.