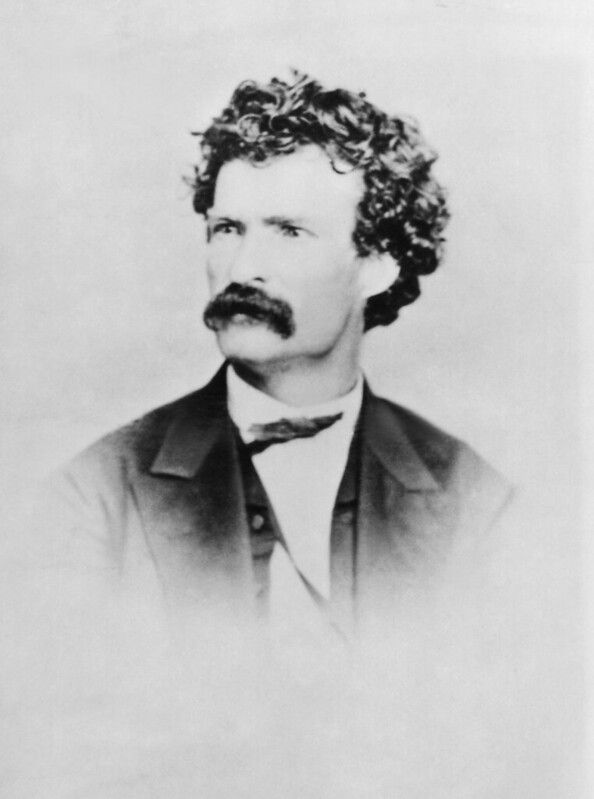 He is most famous worldwide for being the author of famous novels like 'The Adventures Of Tom Sawyer' and 'The Adventures Of Huckleberry Finn.' Due to his significant contribution to modern American literature, Mark Twain is also regarded as the father of American Literature.

Most of his books are inspired by actual events in Twain's life. In addition to these classic novels, Mark Twain also penned several travelogues, including 'The Innocents Abroad,' 'Life On The Mississippi,' and 'Roughing It.' Today, he is considered one of the greatest writers in America and the world. Continue reading to learn more about the adventures of Mark Twain, including his childhood, family, business ventures, writings, and financial challenges.

What was Mark Twain’s net worth?

Mark Twain earned most of his net worth by working as a writer, humorist, and lecturer. However, he lost significant earnings on failed business ventures, such as Paige Compositor. Twain even had to file for bankruptcy at a certain point. The author finally managed to get out of his debts with the help of a friend, and by the time he died in 1910, he left an estate worth $15 million as of 2022. The entire estate of Mark Twain went to one of his daughters, Clara Clemens.

How much did Mark Twain earn per year?

In his lifetime, Mark Twain made substantial money through his writings and lectures. However, poor financial investments resulted in the loss of his hard-earned income and a significant portion of his wife's inheritance. In one of his business ventures, he had spent a whopping amount of $300,000 ($9 million as of 2022). Nevertheless, he left an estimated net worth of $15 million at the time of his death, but the actual amount of his annual earnings are hard to decipher.

How tall was Mark Twain?

How old was Mark Twain?

Mark Twain was born in Florida, Missouri, on November 30, 1835, shortly after the appearance of Halley's comet. Interestingly, he had predicted that he would also leave the world when the comet appeared again. Coincidently, just before his death on April 21, 1910, Halley's Comet had made its closest approach to the Earth. At the time of his demise, Mark Twain was 74 years old.

Mark Twain was born Samuel Langhorne Clemens under the sun sign Sagittarius on November 30, 1835, in Florida, Missouri, USA. He was born prematurely and spent the first 10 years of his life struggling with poor health. When Clemens turned four, his family shifted to Hannibal in Missouri, located close to the Mississippi River. This was the port town that later became the background of his famous novels 'The Adventures Of Tom Sawyer' and 'The Adventures Of Huckleberry Finn'.

Though Samuel Clemens attended school, he had to drop his studies in the fifth grade when his father died of pneumonia. To meet the financial needs of his family, he became an apprentice for a printer. Later, he became a typesetter and contributed funny sketches and articles to the Hannibal Journal, a weekly newspaper owned by his eldest brother. Around this time, Samuel Clemens tried out several pseudonyms, finally settling on Mark Twain. After gaining considerable experience, Twain left Hannibal Journal and went to work as a printer in different cities, such as New York, Philadelphia, Cincinnati, and St. Louis. In the meantime, he continued to educate himself by spending hours in public libraries instead of attending a conventional school.

Who was Mark Twain’s partner?

Mark Twain was married to Olivia Langdon for 34 years until she died in 1904. The couple had married in New York in 1870 and became parents to four children, Langdon Clemens, Susy Clemens, Clara Clemens, and Jean Clemens. Their first-born Langdon died soon after his first birthday due to diphtheria. His daughter Susy also died at the age of 24 in 1896. Mark Twain also outlived his youngest daughter Jean Clemens, who died in 1909 due to a heart attack. The entire Twain family now rests in Woodland Cemetery in Elmira.

Who was Mark Twain's family?

Mark Twain was born to John Marshall Clemens, an attorney and judge, and his wife, Jane Clemens. He was the sixth child of their seven children named Orion, Pamela, Henry, Pleasant Hannibal, Margaret, and Benjamin. Out of them, only Orion, Pamela, and Henry had survived childhood.

Before becoming an accomplished writer, Mark Twain worked in several odd jobs as a typesetter, printer, steamboat pilot, and so on. After working in these roles for several years, he moved to Nevada and worked with his brother Orion Clemens, the Secretary of Nevada. With his brother, Mark Twain traveled a lot until he found his destination, the mining town of Virginia. Here, he took up a job as a miner but could not continue it for long. Eventually, Twain decided to work for Territorial Enterprise, a newspaper company based in Virginia. For the first time, he published the article 'Letter From Carson – re: Joe Goodman; party At Gov. Johnson's; Music' using his famous pen name Mark Twain. His journey to the West has been beautifully recorded in his book 'Roughing It' which was released in 1872.

After working in Virginia was some time, Twain shifted to San Francisco. Here, he worked as a journalist and engaged in building connections with other writers. His experiences in Calaveras County of California laid the foundation of 'The Celebrated Jumping Frog Of Calaveras County,' published in the New York Weekly in 1865. This writing made Twain a sensation in the American literary society earning him. In the following years, he traveled far and wide to places like Hawaii, the Middle East, and Europe. Mark Twain recorded his travel experiences in 'The Innocents Abroad,' published in 1869.

Later, Twain authored books like 'Roughing It,' 'The Gilded Age,' 'The Adventures Of Tom Sawyer,' and 'The Adventures Of Huckleberry Finn,' which drew international acclaim. In addition to working as a writer, Mark Twain invested in several businesses, but most of them failed, causing him to file for personal bankruptcy and remake his career.