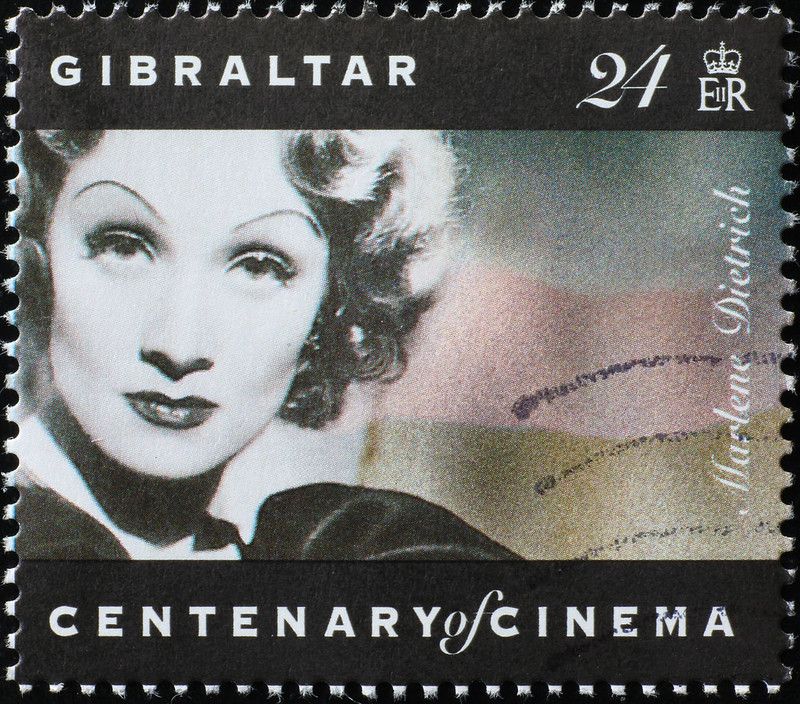 Marlene Dietrich was a legendary German-born American actress and singer who is best known for her performance in the film 'Blue Angel', where she played Lola Lola.

Born in Berlin, Germany, Marlene Dietrich worked in Hollywood for almost seven decades and starred in several commercial and critically-acclaimed movies like 'Morocco', 'Shanghai Express', 'Dishonored', 'The Scarlet Empress', and 'Desire'. Throughout World War II, Dietrich was counted among the top entertainers in the USA, and she was also one of the highest-paid actresses of the era.

During World War II, the famed actress also engaged herself in numerous humanitarian endeavors and received many honors from various countries. Even though she was a famous actress with several successful films, Marlene Dietrich did not star in many films post World War II. She spent most of her time performing in live marquee shows and traveling around the world.

What was Marlene Dietrich's net worth?

At the time of her death in 1992, Marlene Dietrich's net worth was valued at $20 million. She built this fortune by being the highest-paid actress, singer, and entertainer of her time.

How much did Marlene Dietrich earn per year?

Marlene Dietrich was one of the richest actresses of the 20th century. Her average salary per movie was around $100,000. In the films 'The Song Of The Songs' and 'Knight Without Armour', she made $300,000 and $450,000, respectively. In her final appearance in 'Marlene', a documentary based on her life, she earned $100,000 with a share of the gross profit as well. Since Marlene Dietrich's salary was project-based, her average annual earnings during her career are not known.

How tall was Marlene Dietrich?

How old was Marlene Dietrich?

Marlene Dietrich was 90 years old when she died of kidney failure on May 6, 1992, in Paris, France.

Marlene Dietrich was born Marie Magdalene Dietrich, under the zodiac sign Taurus, on December 27, 1901, in the capital of Germany, Berlin. Dietrich enrolled in the Auguste-Viktoria Girls' School and studied here between 1907-1917. When she was 11 years old, she changed her name to Marlene by combining her first and middle names. In 1918, she graduated from the Victoria-Luise-Schule, now named Goethe-Gymnasium. As a teen, Marlene Dietrich was interested in music, poetry, and theater and wanted to become a concert violinist. She even learned to play the violin but could not continue it after a wrist injury.

Who was Marlene Dietrich’s partner?

Marlene Dietrich was married to Rudolf Sieber until he died in 1976. Dietrich and Sieber first met on the sets of the movie 'Tragedy Of Love' in 1923 and married soon after. With Rudolf Sieber, Marlene Dietrich gave birth to her only child, Maria Riva, in 1924. Despite the fact that the couple was only together for five years, they remained married until Sieber's death.

Who was Marlene Dietrich’s family?

Marlene Dietrich was a famous German-born American Hollywood actress who began her acting career by performing in theater. Her first job was to play the violin at the Berlin cinema as a part of a pit orchestra for silent films. Later, she started performing on stage and in small dramas as a chorus girl with different entertainment groups based in Berlin. After a few years of hustling, she finally landed her debut film 'The Little Napoleon' in 1923. The same year, she starred in 'Tragedy Of Love'. Throughout the '20s, Marlene Dietrich juggled performing at the theater and appearing in films in Vienna and Berlin. Some of her theater works include 'Pandora's Box', 'The Taming Of The Shrew', 'A Midsummer Night's Dream', and 'Misalliance'. However, it was in Broadway and other musicals that Dietrich drew the attention of filmmakers and the audience. Her impressive theatrical performances awarded her good roles in movies like 'The Ship Of Lost Souls', 'I Kiss Your Hand, Madame', and 'Café Elektric'.

After doing some work on-screen, Marlene Dietrich got her breakthrough role as Lola Lola in the 1930 movie 'The Blue Angel'. In addition to her performance as an actress, Dietrich also got recognized for her singing talent as she recorded her most famous song, 'Falling In Love Again' for this movie. The international success of the film led Dietrich to move to the United States and establish herself in Hollywood. She signed a contract with Paramount Pictures and appeared in numerous successful films like 'Morocco', 'Shanghai Express', 'Dishonored', 'Blonde Venus', 'The Scarlet Empress' 'Song Of Songs', and 'The Devil Is A Woman'.

In the '30s, Marlene Dietrich featured in the romantic comedy film 'Desire' alongside Gary Cooper. Her subsequent films like 'I Loved A Soldier', 'The Garden Of Allah', and 'Knight Without Armour' were not as successful as her previous films but made her one of the highest-paid movie stars of that era. Due to her extravagant fees, Dietrich lost popularity with several directors and producers. As a result, she worked in the western comedy film 'Destry Rides Again' in 1939 for a far smaller salary than she usually charged. This movie revived her career as both an actress and a singer. In the following years, she appeared in movies like 'Seven Sinners' and 'The Spoilers' opposite actor John Wayne. Though she could not reclaim her previous popularity, she continued to work in films for the next two decades with prominent filmmakers. She entertained allied troops throughout World War II, and after the war, she primarily performed in theaters. The career of the legendary actress Marlene Dietrich nearly ended in 1975, when she fell from the stage in Sydney, Australia, and broke her thigh. In 1978, she made her final appearance in the film 'Just A Gigola'. She passed away at her home in Paris in 1992, at the age of 90.

Marlene Dietrich was active during World War II and participated in numerous humanitarian endeavors to support the allies. She even provided shelter and financial support to French and German exiles and helped several of them to get American citizenship.

What awards did Marlene Dietrich win?

In her long acting career, Marlene Dietrich only earned one Academy Award nomination, which was for 'Morocco'. She did, however, earn several other awards like a David Di Donatello Award, a Golden Train Award at the Faro Island Film Festival, and an Honorary German Film Award. She was honored with a Star on the Motion Picture Walk of Fame in 1960. Additionally, Dietrich won several honors from countries like the USA, Israel, France, and Belgium for her contributions to World War II.