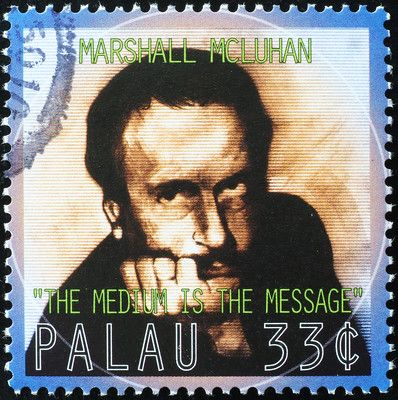 His work is considered one of the foundations of media theory research and is famous for coining the expression 'the medium is the message'. McLuhan also came up with the term 'global village' and even predicted the creation of the World Wide Web nearly 30 years before it came into existence.

Although around the time of his death in the '80s, McLuhan remained a controversial figure in the international academic circles, the invention of the internet led more people to explore and understand his media theory and other research works. Today, he is also regarded as the 'Father Of Media'. Continue reading to learn more about the net worth, birthday, theory, and career of mass media professor and philosopher Marshall McLuhan.

What was Marshall McLuhan’s net worth?

At the time of his death on December 31, 1980, Marshall McLuhan's net worth was valued at $2 million. He created this net worth as a revolutionary educator, academic, and mass media philosopher.

How much did Marshall McLuhan earn per year?

As a learned theorist and educator, Marshall McLuhan earned a significant income. However, the actual amount of his total annual earnings is unknown.

How tall was Marshall McLuhan?

The height measurements of Marshall McLuhan are unknown.

How old was Marshall McLuhan?

Marshall McLuhan was 69 years old when he died on December 31, 1980, in Toronto, Ontario, Canada.

On July 21, 1911, Marshall McLuhan was born in Edmonton, Alberta, Canada. During World War I, his father served in the Canadian army. After he was discharged from his military duty, the entire McLuhan family relocated to Winnipeg, Manitoba. This is where Marshall McLuhan spent most of his childhood and attended the Kevin Technical School. In 1928, he enrolled at the University of Manitoba to pursue engineering. But the following year, he shifted his concentration, and in 1933, he earned a Bachelor of Arts degree. Marshall McLuhan later attended the University of Cambridge. In 1940, he was awarded his Master's degree in Cambridge.

Who was Marshall McLuhan’s partner?

Who was Marshall McLuhan’s family?

Marshall McLuhan was born to Elsie Naomi Hall and Herbert Ernest McLuhan on July 21, 1911, in Alberta, Canada. While his mother was a Baptist teacher and actress, his father owned a real-estate business and later served in the Canadian army during World War I. Marshall McLuhan also had a younger brother named Maurice.

After completing his undergraduate studies at the University of Manitoba and Trinity Hall Cambridge, Marshall McLuhan started working at the University of Wisconsin-Madison as a teaching assistant. He later became an English professor at Saint Louis University and earned his Doctor of Philosophy Degree in 1943.

In the following years, Marshall McLuhan taught at Assumption College and St. Michael's College. In the '50s, Marshall McLuhan started conducting seminars on communication and culture at the University of Toronto. In 1951, he published 'The Mechanical Bride', where he addressed the impact of advertising on culture and society. With American anthropologist Edmund Carpenter, McLuhan created an academic journal titled 'Explorations'. In the '70s, he started working as a consultant in MNCs like IBM, and AT&T. Marshall McLuhan published his second major book 'The Gutenberg Galaxy' in 1962.

Marshall McLuhan is credited with formulating terms like 'global village' and 'the medium is the message'. He is also famous for predicting the creation of the World Wide Web almost three decades before the internet was launched. Although his influence diminished in the later years of his life, the creation of the World Wide Web revived the extensive study of his ideas and perspectives. The main idea of his theory remained that technology and the medium through which information is exchanged between people have a substantial impact on shaping society.

What awards did Marshall McLuhan win?

As a communication theory expert, Marshall McLuhan won several awards, including an Honorary Award in Culture and Communication, Molson Award for Outstanding Achievement in the Social Sciences, and a Gold Medal from the president of the Italian Republic.