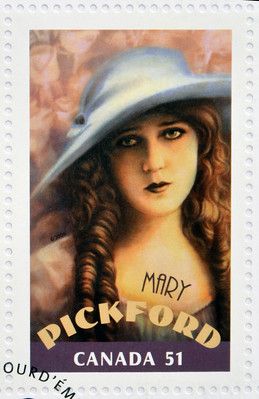 Apart from being an actress, Mary Pickford was also a producer. She was an active member of the entertainment industry from 1900-1955.

Mary Pickford was born Gladys Marie Smith. She is considered one of the most significant persons in the cinema of all time. She was responsible for co-founding the United Artists and Pickford-Fairbanks Studios. Mary Pickford is known to be among 26 Academy of Motion Picture Arts and Sciences founders. She was an eminent personality in the silent film era. As one of the most popular actresses during the '10s and '20s, Mary Pickford earned the title 'Queen Of Movies' and an Academy Award and an Academy Honorary Award. Mary Pickford made her net worth and gained her nickname as America's sweetheart through her roles and impeccable performance.

What was Mary Pickford's net worth?

Mary Pickford had garnered a massive net worth of an estimated $40 million through her career as an actress.

How much did Mary Pickford earn per year?

The primary source of income for Mary Pickford was her career as an actress and, later, as a producer. By 1916, she reportedly earned a whopping $13 million as her average annual salary. However, her annual earnings at the time of her death remain unknown.

How tall was Mary Pickford?

How old was Mary Pickford?

At the age of seven, Mary Pickford was cast as a boy and a girl in 'The Silver King' by the manager of the Cummings Stock Company. Hence started her career as an actress.

Who was Mary Pickford's partner?

Mary Pickford was married to Owen Moore from 1911-1920. Owen Moore was an actor in silent films at that time and was very insecure about the success of Mary Pickford, which ultimately led to their divorce.

Mary Pickford later got married to Douglas Fairbanks. The couple was the definition of a power couple during that time and was often called 'PickFair'. They had a mansion with the same name. Several artists like Charlie Chaplin, the best friend of Douglas Fairbanks, visited their estate often. The other artists who came to see the 'Hollywood Royalty' were George Bernard Shaw, Hellen Keller, Lord Mountbatten, H.G. Wells, Amelia Earhart, and Sir Arthur Conan Doyle. She was with Douglas Fairbanks from 1920-1936.

After separating from Douglas Fairbanks, Mary Pickford married Charles Rogers in 1937 and stayed with him until her death. The couple adopted two kids, Roxanne Rogers and Ronald Charles Rogers.

Mary Pickford started her career as an actress as she toured America with her mother and sister, acting in several stage productions. It took her over seven years to earn a supporting role in 'The Warrens Of Virginia', which was her Broadway debut. During this play, she made her stage name Mary Pickford, chosen by the play's producer.

Mary Pickford stepped into American cinema when she auditioned for 'Pippa Passes'. She did not earn the role, but she was immediately recognized as a talent by D.W. Griffith. By the year 1906, Mary Pickford had acted in over 51 films. Her first lead role in the film industry was in 'The Violin Maker Of Cremona', opposite Owen Moore. The following year, Mary Pickford gained immense recognition and traveled to Los Angeles with a Biograph crew.

Advertising agents started paying her a tremendous amount of money to publish her photo on the sandwich boards of their brands. They represented her with the titles' Blondilocks', 'The Girl With The Golden Curls', and 'The Biograph Girl'. She moved on from Biograph to the Independent Moving Pictures Company in 1911 but remained unsatisfied with their creative recollections. She moved to Griffith in 1912 and performed in some of her notable works, including the likes of 'The Mender Of Nets', 'Friends', 'The Female Of The Species', and 'Just Like A Woman'. In the same year, Mary Pickford was seen in 'The New York Hat' before she returned to Broadway.

In Broadway shows, Mary Pickford starred in 1912's 'A Good Little Devil'. With her newfound love for acting in films, she joined Adolph Zukor to form the film company Paramount Pictures. Her career as a film producer started when she directed the silent version of 'A Good Little Devil' in 1913. She produced several films, including 1913's 'Caprice', 'In The Bishop's Carriage', and 1914's 'Hearts Adrift'. Their movie 'Tess Of The Storm Country' gave Mary Pickford considerable exposure, and she became an international star.

Throughout her career, Mary Pickford is known to have starred in over 52 feature films. As a producer, she became the first actress in the world to have signed a contract of $19 million as she went on to become the vice president of the Pickford Film Corporation. She became an actress in motion picture films, including the 1917's 'The Poor Little Rich Girl', 1920's 'Pollyanna', and the 1919's 'Daddy-Long-Legs'.

In 1919, Mary Pickford shook hands with D.W. Griffith, Douglas Fairbanks, and Charlie Chaplin to form United Artists. As the United Artists co-founder, Mary Pickford produced and acted in movies like 'Little Lord Fauntleroy', 'Rosita', 'Little Anne Rooney', 'Sparrows', 'and 'My Best Girl'. She went on to act in the movie 'Coquette' in 1929, where she played a reckless socialite and had chopped off her hair. She was critically acclaimed for her performance in the motion picture. This was the first movie in which she had the role of talking. Stepping out of the silent films era, America's sweetheart was losing her charm as her second talkie, 'The Taming Of The Shrew', also could not perform well at the box office. Her last film was 1933's 'Secrets', which also failed to mark wonders at the box office.

Mary Pickford retired from acting in 1933. She continued her career as a producer of films like 'Sleep, My Love', 'One Rainy Afternoon', and 'Love Happy'. She published memoirs 'Why Not Try God', 'Sunshine And Shadows', 'My Rendezvous Of Life', and 'The Demi-Widow' as she retired. She died on May 29, 1979, in Santa Monica, losing her life to a cerebral hemorrhage. She has been buried in Forest Lawn Memorial Park in Glendale, California. After her death, her husband, Charles 'Buddy' Rogers, sold off her estate to Jerry Buss, the Los Angeles Lakers owner, for $5.4 million in 1980.

Mary Pickford founded the Motion Picture Relief Fund at the end of World War I to help the financially needy actors. She also built the Motion Picture Country House and Hospital in California with the money received from the fund.

What awards did Mary Pickford win?

Mary Pickford won the Academy Award for the Best Actress for her performance in 'Coquette'. In 1976, she earned an Academy Honorary Award for her immense contribution to the film industry.

We would love your help! If you have a photo of Mary Pickford, either of them alone or a selfie that you would be happy to share, please send it to [email protected]. If you have knowledge or information that you think would help us improve this article, please contact us.