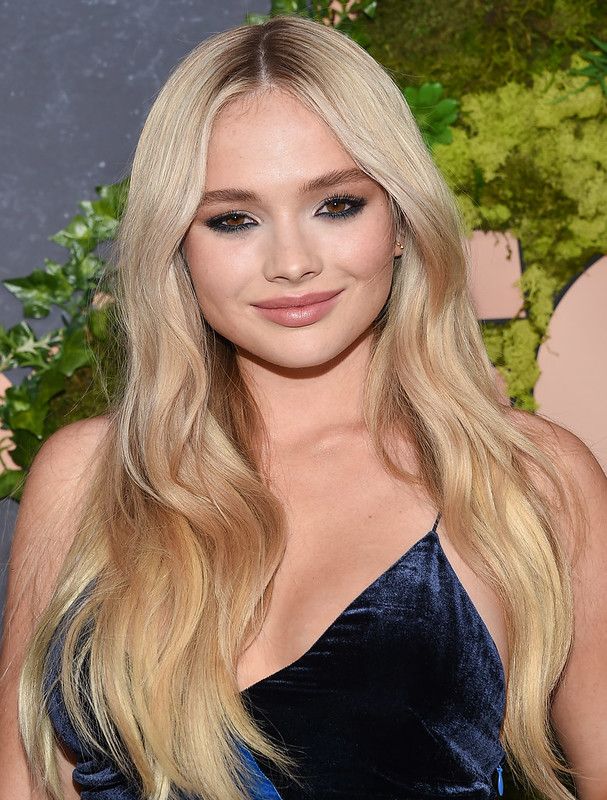 Natalie Alyn Lind is a 22-year-old actress of American nationality born in Ontario, Illinois, the United States, on June 21, 1999.

Natalie is quite active on social media and has over 539000 followers on Instagram @natalynlind as of July 2022. She frequently posts pictures and updates on her day-to-day activities.

Natalie Alyn Lind made her television debut in the American drama television series 'One Tree Hill' in 2003. She has starred opposite David Mazouz in 'Gotham' (2014) and Sean Giambrone in 'The Goldbergs' (2013). She also appeared in the starring role of Ashley in the second season of the American psychological suspense television series 'Tell Me A Story' (2018). She played the role of Danielle Sullivan in the first season of 'Big Sky' (2020-2021), a crime drama thriller series presented by ABC.

What is Natalie Alyn Lind's net worth?

Natalie has an estimated net worth of $3 million.

How much does Natalie Alyn Lind earn per year?

Her estimated annual earnings are $1.2 million.

How tall is Natalie Alyn Lind?

How old is Natalie Alyn Lind?

Natalie was born on June 21, 1999, in Ontario, Illinois, the United States, to Barbara Alyn Woods, an actress by profession, and Los Angeles-based producer and director John Lind. Little is known about her formal education background.

Growing up, Natalie drew inspiration from her mother. She had always wanted to be a performer since she was a youngster and studied acting in Los Angeles. While in high school, she was a member of the school's theatrical team and performed in several school plays. Her parents supported her choice to pursue an acting profession.

Natalie debuted as a guest star on the same show as her mother. She spent her childhood commuting between the North Carolina location of the series and her residence in California. Her two sisters, Emily Alyn Lind, and Alviya Alyn Lind, are younger than her and are working actresses. She is the eldest among her siblings.

Who is Natalie Alyn Lind dating?

Natalie Alyn Lind is presently in a relationship with fellow actor Jordan Christian Hearn. The couple started dating in 2019 and haven't been apart since.

Natalie Alyn Lind made her television debut in the comedy TV series 'One Tree Hill' in 2006. After that, she made multiple television guest appearances. These include Lifetime's 'Army Wives,' CBS's 'Flashpoint,' Disney's 'Wizards Of Waverly Place,' and CBS's 'Criminal Minds.' She also had a starring part in Lifetime's 'Playdate.'

She has grown into a remarkable actress, with credits that include TNT's 'Murder In The First,' ABC's 'The Goldbergs,' and Fox's 'Gotham' (2015). She was cast as Dana Caldwell in season three of the popular sitcom 'The Goldbergs' (2013–2020), presented by ABC.

Natalie was cast as a mutant, Lauren Strucker, as part of a Fox television pilot episode 'The Gifted' inspired by 'X-Men.' 'Tell Me A Story,' a CBS All Access drama series, placed her in the lead character of Ashley in season two in June 2019. The actress was also cast as Danielle Sullivan, the victim of a kidnapping incident, in ABC's 'Big Sky.'

Her other notable television roles include 'Daybreak,' 'Chicago Fire,' and 'Kaboom.' She is also working on several new projects, including the Universal horror movie 'Mockingbird.'

Natalie Alyn Lind and her family are passionate about serving a non-profit organization named Make-A-Wish Foundation, which fulfills the wishes of children with life-threatening medical illnesses. As an active surfer, she has committed to the Save the Bay Foundation and The Mermaid Project, which aims to help protect and preserve beaches.

Natalie Alyn Lind was nominated for Young Artist Award for Best Performance in a TV Series - Leading Teen Actress for her roles in 'The Gifted' (2017) and 'Somewhere Between' (2017).

Natalie is deeply passionate about cooking. She enjoys eating self-cooked meals. Despite her busy schedule, she also manages to go on hikes with her dog Georgie and engage herself in script writing.