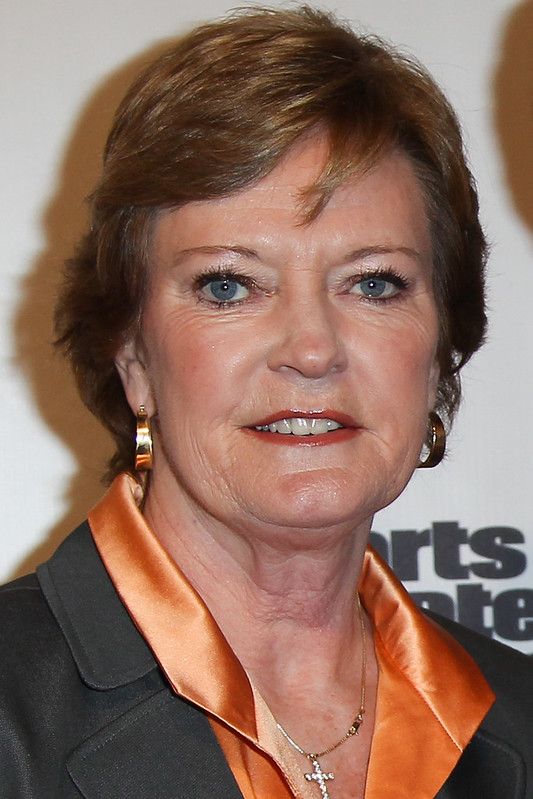 Summitt played for the University of Tennessee at Martin as one of the defensive players. After the 2011/12 season, she ended her 38-year coaching career.

What was Pat Summitt’s net worth?

The net worth of Pat Summitt was estimated to be around $8 million at the time of her death.

How much did Pat Summitt earn per year?

The annual salary of Pat Summitt has not been disclosed to the public.

How tall was Pat Summitt?

How old was Pat Summitt?

Pat Summitt was originally from Clarksville, Tennessee. Richard and Hazel Albright Head were her parents.

Summitt had four siblings: Kenneth, Linda, Tommy, and Charles. Her birth name was Patricia Sue Head, and she was known as Trish in her youth. There was no female team at her high school so she started playing basketball in Cheatham County. She attended the University of Tennessee at Martin. She started training under Nadine Gearin, UT–Martin's first women's basketball coach, and achieved All-American honors. No athletic scholarships were available to women at the time as Title IX, the federal civil rights law in the United States, was not yet in force. Summitt earned a silver medal at the 1976 Summer Olympics.

Who was Pat Summitt’s partner?

Pat Summitt got married to Ross Barnes Summitt II in 1980. In 1990, they became the parents of Ross Tyler Summitt. She applied for a divorce in 2007.

Tyler Summitt graduated from the University of Tennessee in May 2012. He made his career debut in the 2012–13 season by joining the Marquette University women's team as an assistant coach, which was later criticized as 'a bittersweet irony' by ESPN columnist Gene Wojciechowski. His joining became official on the same day his mother reported her retirement. In August 2011, Pat Summitt was diagnosed with early-onset Alzheimer's disease and voluntarily retired from coaching in 2012. Eventually, she died at a senior living facility in Knoxville, leaving her son, Tyler, as her only heir.

Just before the 1974/75 season, Pat Summitt was given the opportunity to be a graduate assistant at the University of Tennessee and later the head coach of the Lady Vols. That was how she began her coaching career.

In the first year of Summitt's career as head coach, most of her trainees were only a year younger than her and were from Tennessee high schools. On December 7, 1974, she represented Tennessee against Mercer University in Macon, Georgia, and they lost 84–83. Later, on January 10, 1975, the team defeated Middle Tennessee State, and Summitt experienced her first win. The Lady Vols, under Pat Summitt, won the Tennessee College Women's Sports Federation (TCWSF) Eastern District Championship. During the second season in 1976, she got her master's degree in physical education and became the co-captain of the 1976 US Women's Olympic basketball team. With her guidance, the Lady Vols made a record of 16–11, and the USBWNT won a silver medal in Montreal. In the same season, The Lady Vols defeated Delta State and won the AIAW Region II Championships, giving Tennessee its first place in the rankings. In 1978, the Lady Vols won over NC State in their first AIAW Final Four, which was Summitt's 100th win.

In the 1981/82 season, the Lady Vols were invited as one of 32 teams. They defeated USC but ended up losing their Final Four match-up to Louisiana Tech. The following season, they lost the regular season SEC tournament to Georgia. Pat Summitt was honored with a first-ever one seed at the NCAA tournament. On December 3, in the Coca-Cola Classic in Detroit, the Lady Vols won over St. John's, which was Summitt's 200th game. In 1986/87, the Lady Vols got their first national title by defeating Louisiana Tech. Tennessee's Tonya Edwards was the leading light of the match. The Lady Vols were invited to the Final Four for the fourth straight year during the 1988/89 season, defeating SEC rival Auburn. In 1989/90, the Lady Vols lost in overtime to Virginia in the regional finals. Even with the early-onset Alzheimer's disease, Summitt completed the 2011/12 season with the assistance of Holly Warlick. On April 18, 2012, Baylor Lady Bears had outthrown the Lady Vols in the Elite Eight in Des Moines. The same year, at age 59, Summitt retired as a head coach, and Holly Warlick took her place.

Pat Summitt did fundraising for the East Tennessee Foundation. Later, she founded the Pat Summitt Foundation, which provides assistance to treat, prevent, cure, and ultimately eradicate Alzheimer's disease. The foundation educates and raises awareness about the disease and encourages patients, their families, and caregivers.

What awards did Pat Summitt win?