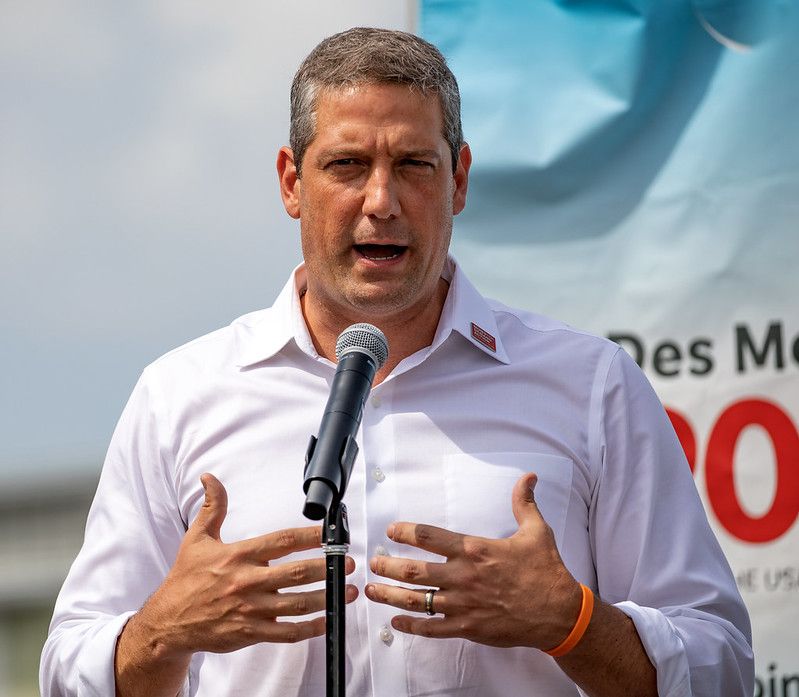 Timothy John Ryan, otherwise known as Tim Ryan, is an American politician and lawyer from Ohio.

Since 2013, he has been serving as the US representative for Ohio's 13th congressional district. He was born on July 16, 1973, in Niles, Ohio, The United States, and is a member of the Democratic Party.

The Bowling Green State University graduate declared his candidacy for the 17th district in 2003 and, fortunately, won the election that same year. In the general election, he faced Ann Womer Benjamin, the Republican Insurance Commissioner. He previously served in the Ohio Senate from 2001-2002.

What is Tim Ryan's net worth?

Tim Ryan has an approximate net worth of $2 million.

How much does Tim Ryan earn per year?

Tim Ryan earns around $300,000 per year through his work as a politician.

How tall is Tim Ryan?

The Green State University graduate Tim Ryan's height is around 5 ft 10 in (178 cm).

How old is Tim Ryan?

Tim Ryan was born in Niles, Ohio, the US, in 1973. Born to Allen Leroy Ryan and Rochelle Maria (Rizzi), Ryan is of Irish and Italian ancestry.

Tim Ryan attended John F. Kennedy High School in Warren. He was a quarterback on the high school's football team and also coached junior high basketball. Youngstown State University recruited him to play football, but his knee injury ended his passion for football. Ryan transferred to Bowling Green State University and graduated with a bachelor of arts in political science degree in 1995. After his graduation, he joined the staff of Ohio congressman, Jim Traficant. At the college, he was a member of the Delta Tau Delta fraternity. He received a Juris Doctor degree from Franklin Pierce Law Center in Concord, New Hampshire, in 2000.

Tim Ryan was born to Allen Leroy Ryan and Rochelle Maria (Rizzi) in Niles, Ohio, in 1973. When Tim Ryan was seven years old, his parents got divorced, and his mother raised him. He was raised by his mother, Rochelle Ryan, and his grandparents.

Tim Ryan met Andrea Zetts in 2008 and married her in 2013. They had a son Brady together in 2014 and two children, Mason and Bella, from Andrea's previous relationship.

Who is Tim Ryan's Partner?

Tim Ryan married his second wife, Andrea Zetts, an elementary school teacher, in April 2013 in a private ceremony in New York City. They had a son in 2014 and have two children from Andrea's previous relationship.

After graduating from college, the Green State University graduate Tim Ryan joined the staff of congressman Jim Traficant starting his political career. Ryan also served in the Ohio state senate for half a term from 2000-2002, after receiving a Juris Doctor.

Tim Ryan wrote a book called 'A Mindful Nation.' It is based on the practice of mindfulness in private and public lives. Hay House published it in March 2012. In October 2014, another book by him was published by the same publisher, titled 'The Real Food Revolution.'