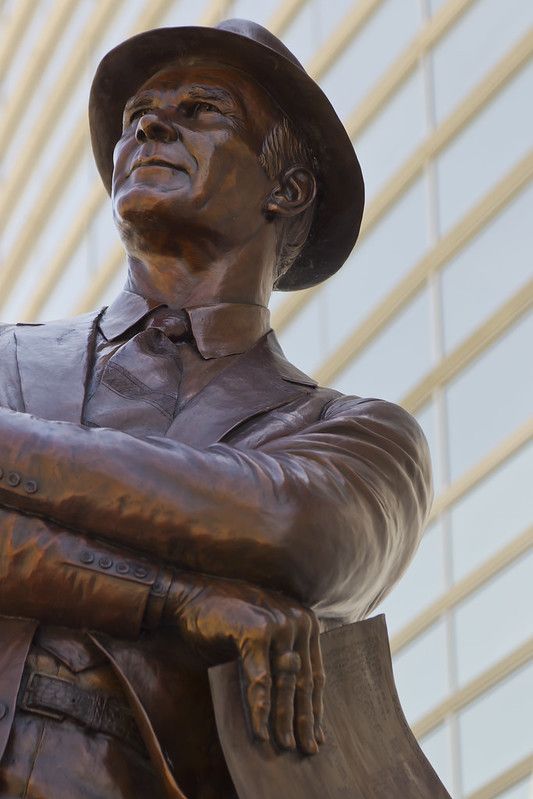 Tom Landry was born in Mission, Texas, and was the Dallas Cowboys coach for 29 seasons.

Tom Landry started his career as a football player at the University of Texas. He played fullback and defensive back on the Texas Longhorns football team.

Tom Landry was born on September 11, 1924, and started his education at Mission High School, where he was introduced to football. He carried his interest in the game to college when he joined the University of Texas at Austin as an industrial engineering major. However, he took a break from education when World War II broke out and joined the US Army Air Corps. After that, he made a name for himself as an NFL coach by serving as the head coach for Dallas Cowboys for 30 years.

While coaching, he introduced several defense techniques that helped his teams succeed in the super bowls. Landry invented the 4-3 flex defense, which featured four down linemen and three linebackers. As an NFL coach, he gave the Dallas Cowboys 20 uninterrupted successes. He achieved more fame coaching the

Tom Landry began his coaching career for the NFL as an assistant coach in 1959. In 1960, when he became the coach of the newly formed Cowboys, his NFL career as a head coach took off.

What was Tom Landry's net worth?

Tom Landry is one of the most successful coaches. His net worth is approximately $3 million.

How much did Tom Landry earn per year?

Tom Landry died on February 12, 2000. Hence, there is no information about his per-year earnings.

How tall was Tom Landry?

How old was Tom Landry?

Tom Landry was born to Ray and Ruth Landry. He is the brother of Robert Landry, and his three younger siblings are Tom, Ruthie, and Jack. Ray Landry, too was an athlete, making his mark locally as a pitcher and football player. Tom Landry attended Mission High School and the University of Texas Austin. However, due to World War II, he had to take a break from his studies and join the Air Force. He resumed his studies in 1946 and completed his education at the University.

Tom Landry married Alicia Wiggs, and they have a daughter Kitty Landry.

Tom Landry is best known for his NFL career as a coach. He is best known for leading the Dallas Cowboys to 20 uninterrupted successes. He led the Dallas Cowboys to victory against the Miami Dolphins in Super Bowl VI and the Denver Broncos in Super Bowl XII. As an athlete, Tom Landry played quarterback and punter for Mission High School, where he led his team to a 12–0 record in his senior season. Landry began his professional career as a player with the All-America Football Conference New York Yankees (1949). He then moved to the NFL New York Giants (1950–55) as a cornerback. However, Landry achieved fame more as an NFL coach than as a football player.

There is no information regarding this particular topic.

What awards did Tom Landry win?

Tom Landry won several awards, such as the National Football League Coach of the Year Award in 1966, Recipient of the Golden Plate Award of the American Academy of Achievement in 1978, Honored by the city of Dallas in 1989, Inducted into the Pro Football Hall of Fame 1990, and Inducted into Dallas Cowboys' Ring of Honor 1993.

There is no information regarding this particular topic.