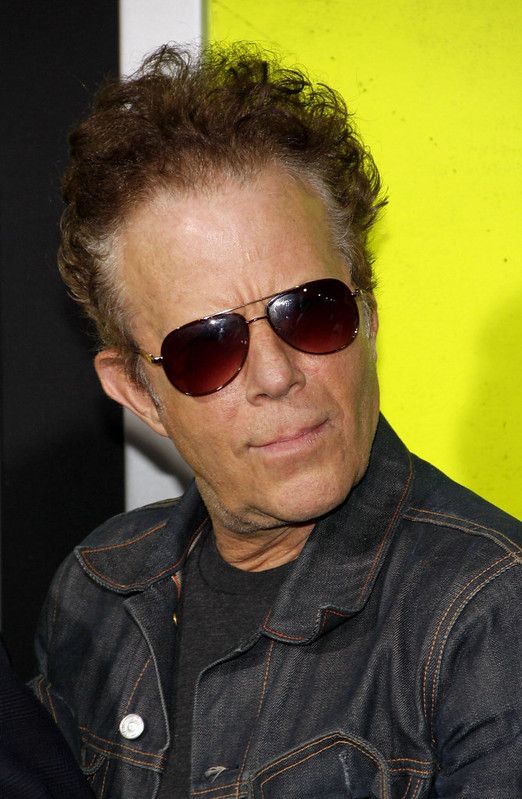 Throughout the '70s, his work was mainly focused on jazz; however, his music has darted a more significant impact from blues ever since. In 1972, he moved to Los Angeles and performed as a songwriter, eventually earning a singing deal with Asylum Records.

'Nighthawks At The Diner' (1975), 'The Heart Of Saturday Night' (1974), and 'Closing Time' (1973) were his debut albums, and they highlighted his artistic fascination with partying, misery, and corruption. He composed the soundtrack for the 1981 film, 'One From The Heart', directed by Francis Ford Coppola, and thereafter appeared in numerous Coppola movies.

What is Tom Waits’ net worth?

How tall is Tom Waits?

How old is Tom Waits?

On December 7, 1949, Thomas Alan Waits was born to Jesse Frank Waits, his father, and Alma Fern McMurray, his mother. Waits attended the Hilltop High School before being transferred to the O'Farrell Community School. For college graduation, Waits attended Southwestern Community College, Chula Vista, to learn photography. He used to play covers of Dylan and Red Sovine when the was working at the Heritage, where he successfully garnered a lot of fans.

Who is Tom Waits’ partner?

Tom Waits is currently married to his wife, Kathleen Brennan. The couple tied the knot in 1980. They have three children together, Sullivan Waits, Kellesimone Waits, and Casey Xavier Waits. Waits and Brennan had their first child, Kellesimone Waits, a daughter, in 1983, and soon after which, their second child, Casey Xavier Waits, was born in 1985. The couple welcomed their son, Sullivan Waits, in 1993.

Tom Waits is one of the most famous artists and musicians in the music industry. Along with his music career, he has appeared in movies, including the 1983 release, 'The Outsiders' and the 2019 horror, 'The Dead Don't Die'. Waits' most famous albums include, 'The Black Rider' (1993), 'Blood Money' (2002), 'Nighthawks At The Diner' (1975), and 'The Heart Of Saturday Night' (1974). Some of his well-known songs include 'In The Neighborhood', 'Downtown Train', 'Heigh-Ho', 'I Don't Wanna Grow Up', 'Sweet Little Bullet', and 'Burma Shave'. Waits has also voiced many characters in several animations, including the 1989 release, 'Mystery Train', the 2013 American animated sitcom, 'The Simpsons', and the 2021 release, 'Ultra City Smiths'.

What awards has Tom Waits won?

In 2011, Waits was enlisted into the Rock and Roll Hall of Fame. The Rolling Stones Magazine rated Tom Waits at No. 55 in the list of 100 Greatest Songwriters of All Time in 2015.

At the Venice Film Festival, Waits received the Special Volpi Cup for starring in the 1993 movie, 'Short Cuts'. He was nominated for the San Diego Film Critics Society Awards for the movie, 'Seven Psychopaths' (2012). At the Faro Island Film Festival, he was nominated in 2019 for the Golden Carp Film Award (International) for the 2018 release, 'The Ballad of Buster Scruggs'. In 2006, he was also nominated for the David di Donatello Awards for the song, 'You Can Never Hold Back Spring'. In 2012, the movie, 'Seven Psychopaths' won the Boston Society of Film Critics Awards.

In 2004, Tom Waits was awarded the ASCAP Film and Television Music Awards along with the cast for the top TV series, 'The Wire' (2002). In 1983, 'One from the Heart' (1981) was nominated for Best Music, Original Song Score, and Best Adaptation Score for the Academy Award.

He won a Special Award at the Golden Globes for the movie, 'Short Cuts', in 1994. In 1993 and 2000, Waits received Grammy Awards for Best Alternative Music Album, 'Bone Machine' and for Best Contemporary Folk Album, 'Mule Variations', respectively. He was nominated for several other Grammy Awards, including the Best Male Rock Vocal Performance ('Hold On' in 2000), Best Male Rock Vocal Performance ('Return of Jackie and Judy' in 2004), Best Solo Rock Vocal Performance ('Metropolitan Glide' in 2005), Best Contemporary Folk/Americana Album ('Orphans: Brawlers, Bawlers & Bastards' in 2008), and Best Alternative Music Album ('Bad as Me' in 2013).