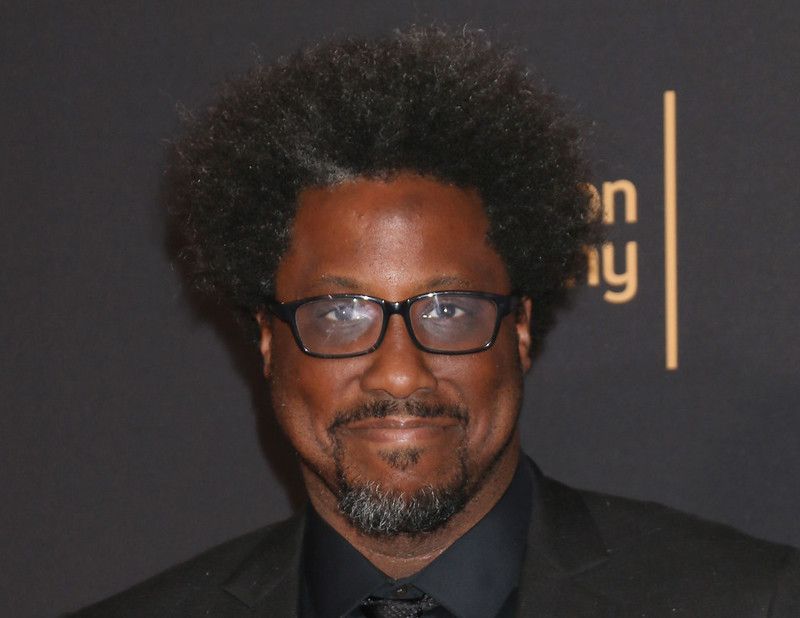 Walter Kamau Bell, popularly known by his stage as W. Kamau Bell, is a television host and stand-up comedian from America. Since 2016, W. Kamau Bell has been the host of the CNN series 'United Shades Of America,' and from 2012-2013, he anchored the FXX television series 'Totally Biased With W. Kamau Bell.'

W. Kamau Bell is a television host and stand-up comedian from the United States. Since 2016, W. Kamau Bell has presented the 'United Shades Of America,' a CNN series, and from 2012-2013, he hosted the FXX TV show 'Totally Biased With W. Kamau Bell.' He co-hosts the podcast 'Denzel Washington Is The Greatest Actor Of All Time Period' with Kevin Avery and 'Politically Re-Active' with Hari Kondabolu, and the live radio show and podcast Kamau Right Now on KALW.

'We Need To Talk About Cosby,' a documentary miniseries directed and produced by W. Kamau Bell, premiered in 2022. W. Kamau Bell has been married to Melissa Hudson Bell, his beloved wife, since 2009. They have three children.

Race Forward, a racial justice think tank initially known as the Applied Research Center, and Hollaback!, an anti-harassment movement, have Bell on their advisory council. He was chosen as the American Civil Liberties Union's celebrity ambassador for racial justice in October 2013.

Please continue reading to learn more about W. Kamau Bell, the television host, and stand-up comedian from America, including his birthday.

What is W. Kamau Bell's net worth?

How much does W. Kamau Bell earn per year?

How tall is W. Kamau Bell?

How old is W. Kamau Bell?

W. Kamau Bell was born in Palo Alto, California, and raised in Boston, Alabama, and Chicago. His parents are Walter Bell, the Insurance Commissioner of Alabama and also the Chairman of Swiss Re America Holding Corporation, and his mother, author Janet Cheatham Bell, who founded a self-publishing company.

N.K. Jemisin, the speculative fiction author, is his first cousin.

Who is W. Kamau Bell's partner?

W. Kamau Bell started dating Melissa Hudson Bell in 2003, and the couple married in 2009. They are the parents of three children.

Walter Kamau Bell is an American stand-up comedian and television host. W. Kamau Bell was the host of the CNN series 'United Shades Of America' since 2016, and he hosted the FXX television show 'Totally Biased With W. Kamau Bell' from 2012 - 2013.

After identifying himself as a social comedian and community organizer in San Francisco, W. Kamau Bell became a founding member of the comedy collective 'Laughter Against The Machine.' W. Kamau Bell was a regular contributor on Current TV's 'The War Room' with Jennifer Granholm, on which he was featured in several important podcasts and publications, including 'WTF With Marc Maron' and Citizen Radio.

In 2007, he published his first comedy CD, 'One Night Only.' In 2007, he created 'The W. Kamau Bell Curve: Ending Racism In About An Hour,' a 'comedic investigation of the current status of America's racism,' which Bell performs in versions regularly. 'Face Full Of Flour,' one of his follow-up albums, was published in 2010 and was called one of iTunes' and Punchline Magazine's Top 10 Best Comedy Albums of the Year.

Bell was appointed Frank Sinatra Artist-in-Residence at Santa Clara University in Santa Clara, California, on November 7, 2017. From 2012-2013, Bell was the host of 'Totally Biased With W. Kamau Bell,' a weekly stand-up comedy television series that premiered on FX and FXX. Chris Rock produced the show, which included celebrity interviews, commentary, and observational comedy on political and social problems. Bell returned to California from New York after the show was canceled in November 2013.

He is the anchor of 'United Shades Of America,' a CNN documentary series that began on April 24, 2016. From 2016 - 2019, the show was nominated for multiple Emmy Awards (four nominations)

'We Need to Talk About Cosby' is a documentary miniseries created and produced by Bell, which premiered in 2022. Bell and 'Living Colour' guitarist Vernon Reid co-hosted the podcast 'The Field Negro Guide To Arts & Culture' from 2010 - 2014.

Since November 2014, Bell and comedian and writer Kevin Avery have co-hosted the Earwolf-produced podcast 'Denzel Washington Is The Greatest Actor Of All Time Period.'

The podcast has featured interviews with renowned actors, directors, artists, and comedians like Spike Lee, Jesse Williams, Ava DuVernay, Issa Rae, and Ryan Coogler, in addition to evaluating Denzel Washington's films one by one.

He has been the host of 'Kamau Right Now,' a live radio show and podcast broadcast by KALW, since January 2016. He has co-hosted the Panoply/First Look Media-produced podcast 'Politically Re-Active' with comedian Hari Kondabolu since June 2016. The podcast takes a lighthearted look at American politics and elections, featuring interviews with journalists, activists, and academics like Robert Reich, Ian Haney López, and Pramila Jayapal. Bell has produced multiple essays and blog posts regarding race and racism in politics and the media in the United States.

In May 2017, W. Kamau Bell's 'The Awkward Thoughts Of W. Kamau Bell: Tales Of a 6'4, African American, Black and Proud Blerd, Heterosexual, Cisgender, Left-Leaning, Asthmatic, Mama's Boy, Dad, and Stand-Up Comedian' was published. The book is a breezy autobiography sprinkled with political and popular cultural observations.

Race Forward, a racial justice think tank (previously known as the Applied Research Center), and Hollaback!, an anti-harassment movement, both have Bell on their advisory boards. He was named the American Civil Liberties Union's celebrity ambassador for racial justice in October 2013.