Nintendo is very popular, it is one of the oldest and most beloved companies around and also one of the top-selling gaming consoles of the year.

Nintendo is a global leader in the interactive entertainment industry. It develops electronics and video games, and produces and markets software and hardware.

One of the most influential gaming enterprises for 120 years and counting, there are more than 200 'Mario' games alone, and dozens of consoles and handhelds. Do you think of yourself as a pro gamer? If yes, then play this Nintendo trivia quiz and prove it! Some of the most famous Nintendo games include 'The Legend Of Zelda', 'Super Mario', 'Mario Kart', 'Donkey Kong', and many more.  You can also check out our other exclusive 'League Of Legend' trivia and anime trivia too. So be ready and set some geeky Nintendo trivia team names, ready to ace this quiz!

Here is some classic and original Nintendo trivia that covers the origin of this company alongside some weird video game facts often found in Nintendo quizzes. This segment is dedicated to the beginning of this enterprise, a hard Nintendo trivia quiz  only for the true experts. Can you ace this level?

1. Question: When was Nintendo founded?

2. Question: Where was Nintendo founded?

3. Question: What was Nintendo originally called?

5. Question: When did Nintendo distribute its first game console? It was after acquiring a legal status as a public company in the '60s under the current company name.

6. Question: Which series was the first-ever gaming console by Nintendo?

7. Question: Which series of game console gained Nintendo international recognition after it's release in 1985?

8. Question: Where is Nintendo's headquarters located?

9. Question: How many games are owned by Nintendo?

10. Question: What was the first ever product to be made and distributed by Nintendo?

11. Question: Who became the second president of Nintendo Koppai in 1929? During this time, Nintendo (then Nintendo Koppai) was the largest card game company in Japan.

12. Question: In 1950, due to Sekiryo's deteriorating health, who assumed the presidency of Nintendo?

13. Question: In which year was Nintendo contracted with Walt Disney to include the company's animated characters on the cards?

14. Question: The early '70s represented a glorious moment in Nintendo's history as it released Japan's first electronic toy. What was the name of the toy?

16. Question: When did the company release the Laser Clay Shooting System that managed to surpass bowling in popularity?

17. Question:  When did an oil crisis cause both a spike in the cost of plastics and a change in consumer superiorities that put essential products over games, and Nintendo lost billions?

18. Question: In 1974, Nintendo released two simulators consisting of a 16mm image projector with a sensor that distinguishes a beam from the player's light gun. What were they called?

19. Question: Nintendo reached an agreement with which Japanese electronic company to produce electronic products between 1975- 1980, including the first microprocessor for video games systems?

20. Question: One of the earliest handheld game systems, Game & Watch, was created by Yokoi and team from the technology used in portable calculators. How many games did it have in total?

21. Question: In 1981, a game was developed by Miyamoto, it was one of the first video games that allowed the player character to jump. Can you name the game?

22. Question: The character Jumpman from the first-ever game to have a jumping player, was later renamed to what?

23. Question: Nintendo's official mascot was named after whom?

Answer: Mario Segale, the landlord of Nintendo's offices in Washington.

24. Question: In 1988, Gunpei Yokoi and his team managed to develop the first handheld video game console to be compatible with interchangeable game cartridges? What was it called?

25. Question: When was the first magazine, 'Nintendo Power', by Nintendo published in the United States, selling 1.5 million copies?

26. Question: In July 1989, Nintendo held the first show of the kind to announce and demonstrate upcoming Nintendo products. What was the show called?

27. Question: When did the first Nintendo World Championship happen, with participants from 29 American cities competing for the title of 'Best Nintendo Player in the World'?

28. Question: In 1993, Nintendo released a game that marked an industry breakthrough by being the first video game to make use of the Super FX chip. Can you name the game?

29. Question: Which Nintendo game was enhanced for the Super Game Boy and highlighted a "banana yellow" cartridge which was later used for its sequels?

30. Question: Which was Nintendo's second three dimensional game, and was the very first game to use polygonal graphics?

Time and again Nintendo has brought us updated, newly developed gaming consoles. And this section is a consoles Nintendo trivia quiz, full of interesting facts about Nintendo. See if you can ace this level of classic Nintendo trivia!

31. Question: The much loved Nintendo 3DS was released in which year?

32. Question: What is the Nintendo Switch?

Answer: It is a hybrid console, you can dock it to your TV and play on the big screen, or you can play it in handheld mode.

33. Question: Who invented the Nintendo Switch?

36. Question: 'Yoshi's Crafted World' is exclusive to which Nintendo console?

38. Question: Which is the best-selling Nintendo handheld console of all time?

39. Question: Like the other Nintendo games consoles, the GameCube had a nickname given to it during its development. What was the GameCube's code name during development?

40. Question: Which was the most expensive Nintendo console ever?

41. Question: The SNES made a huge profit, but it could have been revolutionary! A fact that many of us don't know is that Nintendo originally had a deal to develop an add-on CD-ROM drive for the SNES, but after a standalone variant of the drive was made, Nintendo canceled the contract. The CD-ROM drive was improved and became one of the most popular consoles ever, with an unlimited library of games spanning every genre. Surely, Nintendo regrets ending that contract because the famous gaming company that created it is none other than... whom?

42. Question: In the handheld market, Nintendo has had many trials, the most successful being the amazingly addictive Game Boy, which was introduced to the world in 1989. However, Nintendo had another console sold as a "portable system", but it definitely was not. Released in 1995, it was a heavy and a dangerous console, and a major flop ! What was it called?

43. Question: When the SNES was first released, Nintendo fans everywhere were happy to find many great new games, as well as attractively designed sequels of their favorite NES games. But over in Japan, it wasn't called the SNES! What was it called?

44. Question: Which year did Nintendo win an Emmy for their original control pad?

45. Question: Which was the first N64 game to support the Rumble Pak?

46. Question: What happens after you fire a banana gun in 'Super Smash Bros'?

Answer: The gun turns into a banana peel.

47. Question: In 'Animal Crossing' which currency do you use to pay back Tom Nook for your start-up supplies?

48. Question: Which light gun shooter game was developed and published by Nintendo for the Nintendo Entertainment System (NES) game console in 1984?

49. Question: In 'Animal Crossing' what will happen when you greet Isabelle in the Plaza?

Answer: She’ll give you an item.

50. Question: What is Pikachu's special move in 'Super Smash Bros'?

51. Question: In 'Super Smash Bros' what kind of animal is Bowser?

52. Question: Which is the best-selling Nintendo exclusive game of all time?

53. Question: Name the movie that inspired the enemies in Nintendo's 'Metroid' series.

54. Question: Which game is the Nintendo Switch's best selling game ever?

55. Question: In 'Duck Hunt' which duck has a green head with a white ring around its neck, often called a greenhead?

56. Question: What's the name of the light gun used for 'Duck Hunt' on the original NES?

57. Question: In which game did the character Marth debut?

Answer: 'Fire Emblem: Shadow Dragon And The Blade Of Light'.

58. Question: Which was the first NES game to use the 'Konami Code'?

59. Question: Who is the first character to appear on-screen during the 'Super Smash Bros 64' intro video?

60. Question: In 'Animal Crossing' which is the one fruit you cannot collect in New Horizons?

62. Question: Which Nintendo games caused enough injuries in kids to result in an $80 million settlement?

63. Question: What is the name of Nintendo's first-ever 'Game & Watch' caption?

64. Question: Which was the first Nintendo game with Princess Zelda as a playable character?

65. Question: What do the fireworks spell out at the start of the display in 'Animal Crossing'?

66. Question: In the original game of 'Legend Of Zelda', an old man gives Link a sword. What does the old man give in the new version?

67. Question: In the original game of 'Legend Of Zelda', you didn’t need a special item to make a raft move. But In the new game, you need?

68. Question: Which 'Legend Of Zelda' game celebrated its 20th anniversary at the end of April 2020?

69. Question: In the game 'Donkey Kong', what does Donkey Kong mean?

70. Question: If the player does nothing during 'Donkey Kong Country Returns 3D', what does Donkey Kong do?

Answer: He plays with the Nintendo DS.

In this game, the notorious King Koopa has kidnaped the Princess Toadstool of the Mushroom Kingdom, and the toads of the Mushroom Kingdom have been held captive in the many castles of King Koopa. It's up to the two plumber brothers Mario and Luigi, to defeat King Koopa and his minions to save the Princess. Yes, this storyline is where a majority of gamers were hooked and played to save the Princess. Well, all those gamers this section is dedicated to you! Remember all those Mario games you've played and answer this section. Let's find out if you are a true Mario fan! This section for all those crazy 'Super Mario' fans featuring 'Super Mario' trivia questions and video game trivia facts. Can you get all of these correct?

71. Question: In the 'Super Mario' Sunshine game, Mario uses which tool to strapped to his back to clean up messes on Isle Delfino?

72. Question: Name the game in which Super Mario first encounters the poison mushroom?

73. Question: In which game can Super Mario feel sleepy and take a nap?

74. Question: Luigi is what relation to Super Mario?

75. Question: What is the name of Super Mario's raccoon-like suit that provides him the talent to fly through the air?

76. Question: Name the first game in which Super Mario gets to ride on his lovable pal Yoshi.

78. Question: What was Mario’s first job before he became a plumber?

79. Question: In which year was 'Two Brooklyn Plumbers', a movie on the 'Super Mario Bros', featuring Mario and Luigi, released?

Here at Kidadl, we have carefully created lots of interesting family-friendly trivia for everyone to enjoy! If you liked our suggestions for Nintendo trivia, full of Nintendo trivia facts, then why not take a look at our video game trivia, or 'Fortnite' trivia for more? 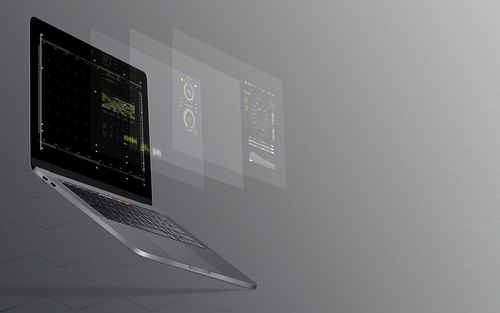 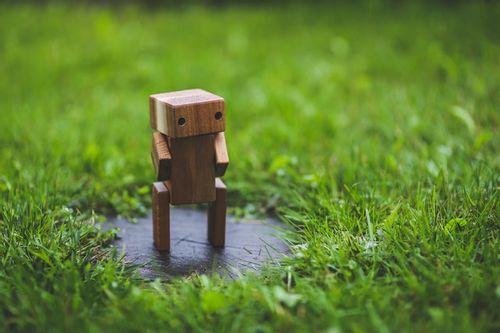 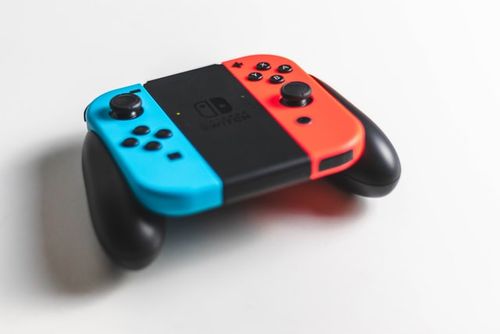