The Ultimate Song Trivia Quiz For Kids: Can You Name That Tune? | Kidadl

The Ultimate Song Trivia Quiz For Kids: Can You Name That Tune? Music has always been a source of pleasure for people.

From simple beats to complicated classical music, everyone on the earth finds a place of solace in one or the other kind of music. Can you still recite the entirety of Bohemian Rhapsody? Or are you the one to stay with the trend and are currently jamming to all the BTS hits?

No matter what genre you follow, music is our passion. Most people do not just listen to music; they live it. They know the singers, the composers, the instruments used, the lyrics, everything that you can ask them about their favorite tunes. The music trivia contains a list of questions from guessing the song name to guess the song lyric trivia. All these questions about music are selected to test your complete knowledge, with categories from the 80s rock music to the trendy pop of 2020, and it is the perfect kids music trivia with music answers. If you find a lot of time in hand and want to have a blast with your friends to play on a guess that song app, then this trivia about music, divided into several categories, will be the best way to pass the time with 100s of songs to guess in this songs quiz. You can sing the tunes as you answer the questions on music to make it more fun and test your knowledge. Looking for more such fun trivia about songs? Take a look at our rock and roll trivia and 90's music trivia. So let's not stall anymore, here are the music trivia questions and answers along with some simple guess the songs game! Let's see how good you are when it comes to guessing songs with this music trivia quiz!

As we have divided this song trivia quiz into different categories, let us begin with the trendiest of song categories, the ones that we still listen to on the radio. These new songs have recently come out and taken over the world because of their catchy beat and a tune that gets stuck in your mind. These are the tunes and lyrics that revolve around your brain when you are trying to concentrate during an exam. Do you know the answer to every pop music question out there? Play a guess that song name and guess which song belongs to which singer or band with this easy music trivia.

1. Question: Which was the first member of One Direction to leave the group back in 2015?

2. Question: In which year did the song ‘Spice Up Your Life’ by Spice Girls come out?

3. Question: What is the name of Ed Sheeran’s first album?

4. Question: ‘Reputation’ is the sixth studio album of which American artist?

5. Question: What is the name of the alter ego of Beyonce?

6. Question: How many members of the Sugababes have been there?

7. Question: With which TV show did Miley Cyrus start?

8. Question: What does the word ‘Despacito’ of the world-hit song ‘Despacito’ by Luis Fonsi mean?

9. Question: Which pop group has a name after a London postcode?

11. Question: What is the full name of Rihanna?

12. Question: From which city does Kanye West hail?

13. Question: What is the real name of Hozier?

14. Question: Who is the rapper with whom Usher collaborated for his hit “Yeah”?

15. Question: Which famous pop singer is also known as “The Material Girl”?

16. Question: Which is the first Korean act to be nominated for a Grammy?

17. Question: Who was the winner of the top R&B Male Artist at the Billboard Music Award 2019?

18. Question: At what Nashville venue was Taylor Swift discovered back in 2005?

19. Question: Can you guess the title and singer of the song with the lyrics: “tastes like strawberries on a summer evenin’”?

20. Question: Which song has the most number 1 on iTunes?

Answer: Sweet Night by BTS V (Was number 1 on iTunes in 109 countries)

Get into the Christmas mood with the most popular Christmas melodies. You have been listening to these songs for your whole life, surely you must know all of them by heart. The new and old light-hearted music has always made us sway and feel the arrival of winter and Christmas. What another way can be better than spending Christmas day with your family by playing this exciting music trivia game. Let's see if you can guess the music in this music guessing game!

22. Question: Who is the singer of “All I want for Christmas is You”?

23. Question: In the song “Do they know it’s Christmas”, which member of Band-Aid sings first?

25. Question: Which pop star is the singer of the Christmas love song, ‘Mistletoe’?

26. Question: What did the Jackson 5 see their mother doing in their Christmas song?

27. Question: How many birds are there in the 12 days of Christmas?

29. Question: What is the name of the first Christmas album by Michael Buble?

30. Question: In the Christmas song by Jimmy Durante, what is the name of the snowman?

31. Question: Which is the best-selling Christmas song of all time?

32. Question: Identify the song from the lyrics. “Chestnut roasting on an open fire.”

33. Question: Elvis Presley sang about what color of Christmas?

34. Question: Can you tell the beginning of the song ‘Winter Wonderland’?

35. Question: Who is the singer of the song ‘Santa Claus is Comin’ to Town’?

36. Question: The song ‘What’s This?’ is featured in which Christmas film?

Answer: The Nightmare Before Christmas

38. Question: Which pop star is the voice behind the song ‘Santa Tell Me’?

While on the subject of songs and music, how can we forget the great scores that make a character feel real in a TV show and a movie? Whether it is a Disney serial or the famous theme of Friends, these are some of the tunes that rang in our homes daily. Can you remember them? Take this new guess the song challenge and answer all the musical questions listed below. We are sure you and your kids can enjoy this music trivia for kids and get all the questions right! Play to find out if you ace this quiz!

39. Question: Guess the TV show that had the theme song that goes like: “Keepin’ your head above water and makin’ a wave when you can...”.

40. Question: Can you tell me how the theme song of the show ‘The Fresh Prince of Bel-Air’ began?

Answer: “Now this is the story all about how my life got flipped…”.

42. Question: Which show had the following lyrics in their theme song: “It’s like you’re always stuck in second gear”.

43. Question: Who is the singer of the theme song of ‘The Royal Family’?

44. Question: Which band composed and sang the theme song of ‘The Big Bang Theory’?

45. Question: Guess the show with the help of the lyrics of the theme song: “If nautical nonsense is something you wish…”

46. Question: Which show has the theme song with the lyrics: “Who can turn the world on with her smile? Who can take a nothing day and suddenly make it all seem worthwhile”?

47. Question: What song contains these lyrics: “You’re livin’ in the past, it’s a new generation.”

48. Question: In which movie was the song “I Will Always Love You” sung?

49. Question: In which movie did you first hear the song “Born to be Wild”?

50. Question: Which Bond movie has the title song ‘Live and Let Die’?

51. Question: Which movie featured the song ‘I Just Called to Say I Love You’ by Stevie Wonder?

Answer: The Woman in Red

52. Question: Which animated movie will you associate with the song ‘Wish Upon the Stars’?

The coolest music that blessed your ears through the ’80s and the charm of it is yet to burn out. Rock n’ Roll has been a second-life for many people. The bands, the makeup, the aura, the lyrics, and the vibe of rock music is still alive among the fans. Are you one of them? Play this musical trivia and find it out by trying out these music questions. You can also try out the name that tune game with the music trivia games of this instrument heavy genre!

53. Question: Which American punk band made it to the charts with their album Dookie in 1994?

54. Question: What was the name of the band that released their debut album Experience in 1992?

55. Question: Which rock band debuted with the album Hybrid Theory in 2000?

57. Question: Which American rock band is named after a nickname used for UFO?

58. Question: Which band derived its name from graffiti that they saw in a Berlin Nightclub?

59. Question: From which country did the band AC/DC belong?

60. Question: Which album of Pink Floyd has a prism on its album cover?

Answer: Dark Side of the Moon

61. Question: Which Beatles member had dyslexia?

62. Question: Who is the lead guitarist of Queen?

Here at Kidadl, we have curated a selection of exciting and fun family-friendly trivia for everyone to enjoy. If you liked the suggestion for song quiz trivia, then try out other trivia such as rad rock trivia and 'Glee' trivia. 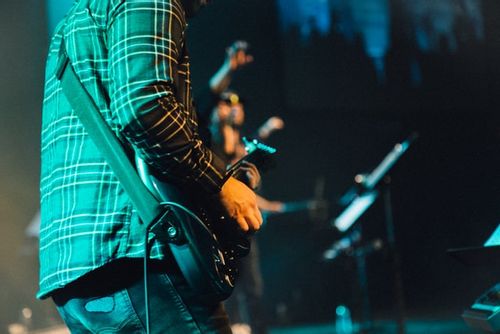 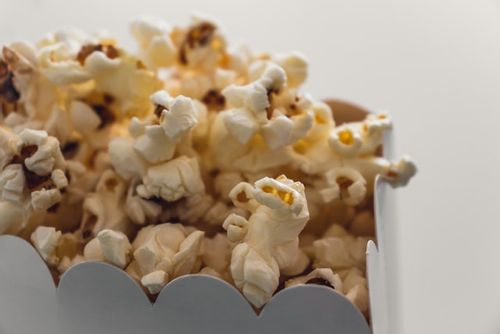 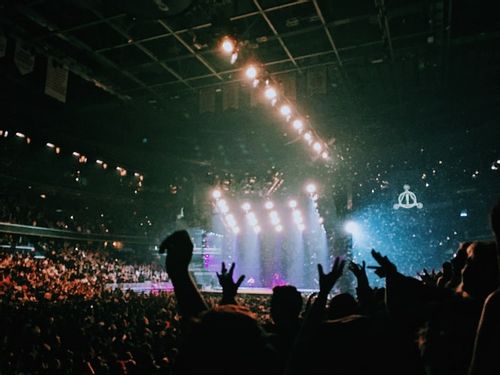