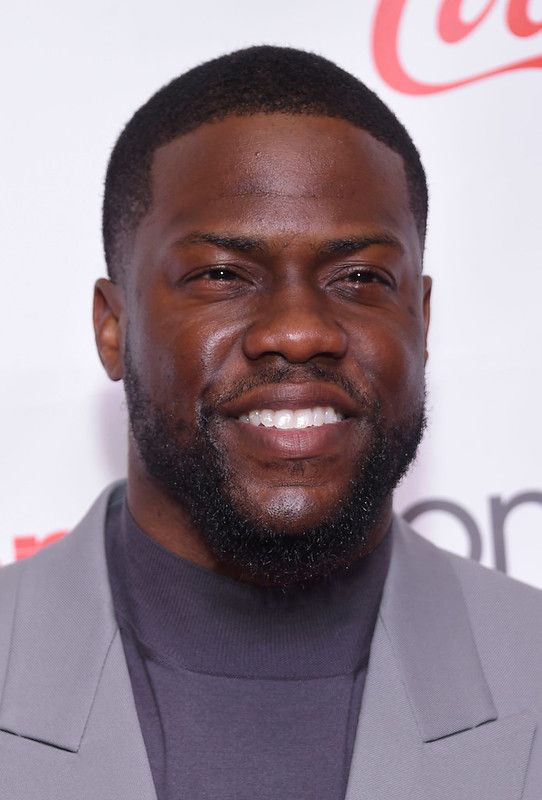 Kevin Hart is a globally-renowned comedian who has toured internationally in top-selling comedy tours. He has also starred in several hit comedy movies.

In fact, he is recognized as the first comedian to sell out at the National Football League (NFL) stadium. Kevin Hart has created an indelible impact on the world with his charitable foundation. His great work ethic and career discipline, are praised by his co-stars and peers. He founded Hart Charity which focuses on providing access to educational opportunities to underprivileged youth. Scroll down to read a compilation of the best motivational and inspirational Kevin Hart quotes about life and success.

Laughter makes people forget about their problems, and laughter heals all their wounds. It's one of the things that everyone has in common, no matter what they are going through. Listed below are some funny Kevin Hart quotes that can brighten up your day and help bring laughter into the world.

"I think if someone gets kicked in the face it is their fault – they watched the foot come towards their face."

"Hollywood has a way of making everything seem like an overnight success."

"The day Rick Ross dives into the crowd, is the day we find out who his true fans are."

"I didn't work hard to sit down and not work."

"I performed in a bowling alley before while people were still bowling. Cut the check, and I will perform anywhere."

"My son is becoming me – just a silly, silly prankster guy."

"I didn't want to lift weights and get all big; I just wanted to get cut."

"Men and women do think differently, and frankly, we don't understand each other. Not at all! But that's what makes relationships so amazing."

"The funny thing is, all my friends are short. I wasn't aware of tall people till I got to high school. I didn't know they existed. I was sheltered."

(Read this hilarious and insightful collection of famous quotes from comedian and actor Kevin Hart.)

Kevin Hart made history as a comedian by performing in front of more than 53,000 people at Lincoln Financial Field, where generally, top comedians perform in front of 12,000 people. In addition to this, he became the first comedian to sell out an entire football stadium. Read this collated version of the most famous Kevin Hart quotes that will inspire you to build your character, and rise stronger from the problems and situations you may have experienced as a kid in your own family or your relationships.

"You get one life. I'm going to embrace mine."

"Appreciate hard work and the process of hard work. Because after that's over and you get the rewards of success, you look back on these moments and you respect those moments the best. You have no character, you have no place to come from."

"At the end of the day, your fans are the people who support you in and out. And their opinions matter."

"Laughter heals all wounds, and that's one thing that everybody shares. No matter what you're going through, it makes you forget about your problems. I think the world should keep laughing."

"No matter what, people grow. If you chose not to grow, you're staying in a small box with a small mindset. People who win go outside of that box. It's very simple when you look at it."

"I feel like I have a job to do, like I constantly have to reinvent myself. The more I up the ante for myself, the better it is in the long run."

"You are already in your experience. So you can either resent and resist it, and make it that much less enjoyable, or you can accept it and find something positive in it."

"Some people love so hard that they can't control those emotions when they're at their deepest point."

"Everybody wants to be famous, but nobody wants to do the work. I live by that. You grind hard so you can play hard."

"My main goal is to be a self-made man and have control over what's mine."

Kevin Hart has been on multiple television shows. He has been interviewed by the best in Hollywood, including Oprah, Jimmy Fallon, Colbert, and Conan. He makes history wherever he goes - he sold a million tickets for his international tours in just a year. Kevin Hart has come so far from the very bottom and this is highlighted by one of his most famous quotes that suggests that the only time people should look back in life is to see how much they have achieved. Find some of the best Kevin Hart quotes on success that can help you achieve your dreams.

"If you give up at the first sign of struggle, you're really not ready to be successful."

"My goals are so high that I don't have time to relax in any way, shape, or form."

"I'm trying to maintain a level of realness that my fans can appreciate."

"I stayed true to my dreams and, eventually, they came true."

"All I can do is try to create my own brand and have people appreciate me for that."

"Hard work and determination equals success. Nothing comes easy. Put your mind to something."

"At the end of the day, you put all the work in, and eventually it'll pay off. It could be in a year, it could be in 30 years. Eventually, your hard work will pay off."

"I don't think you get successful to brag and throw what you have in the world's face. That's all private."

"Everybody wants success in something, whether it's in work, love, play, finances, family, or an inner struggle. But success doesn't come instantly. Life has a process of rejecting you to test you and prepare you to win."

"Success isn't supposed to happen, no matter how hard you work. There's no guarantee you're going to succeed. There's nothing set in stone."

Kevin Hart has gained fame across the world, especially for his life stories in which he speaks volumes about greatness and embracing the one life we have got and the price at which it comes. His motivational quotes can be a definite game-changer as they can transform your life for good. Hart believes that no matter what happens, people grow, and if you choose not to grow, then you're staying in a small box with a small mindset. Here are the top 12 Kevin Hart inspirational quotes about his life.

"My experiences in life are getting bigger and better. The more stuff I do, the more stuff I talk about – having kids, traveling, going through relationship problems, dealing with things in my own family. All that stuff builds character."

"You can do the same thing with $20 million that you would do with $50 million. So at a certain point in your life and in your career, you realize that it's not about the money."

"You got a team of people, it means they believed in you, they bought into your dream. That means they invested into you, they invested time, energy, and effort. In return, you gotta invest your vision and promise them that we're all going to win together."

"The only time you should look back in life is to see how far you have come."

"The day you stop doing the small things is the day you think you're above everybody else."

"The best feeling in the world is seeing the benefits and rewards of hard work."

"I feel like whatever you've done in your career, good or bad, it's nothing but a preparation for the big events to come."

"Life is too short to worry about what others say about you. Have fun and give them something to talk about."

"No man wants to settle down. It happens. Eventually, you're going to bump into somebody that makes you go, 'Hmm, I don't mind seeing this person every day.'"

"The best tip I could tell you is to be active. So many people talk about what they want to do and they just love words. Put actions behind your words. Don't be a talker, be a doer."

"Your life today is the sum total of your choices. So if you're not happy with it, look back at your choices and start making different ones."