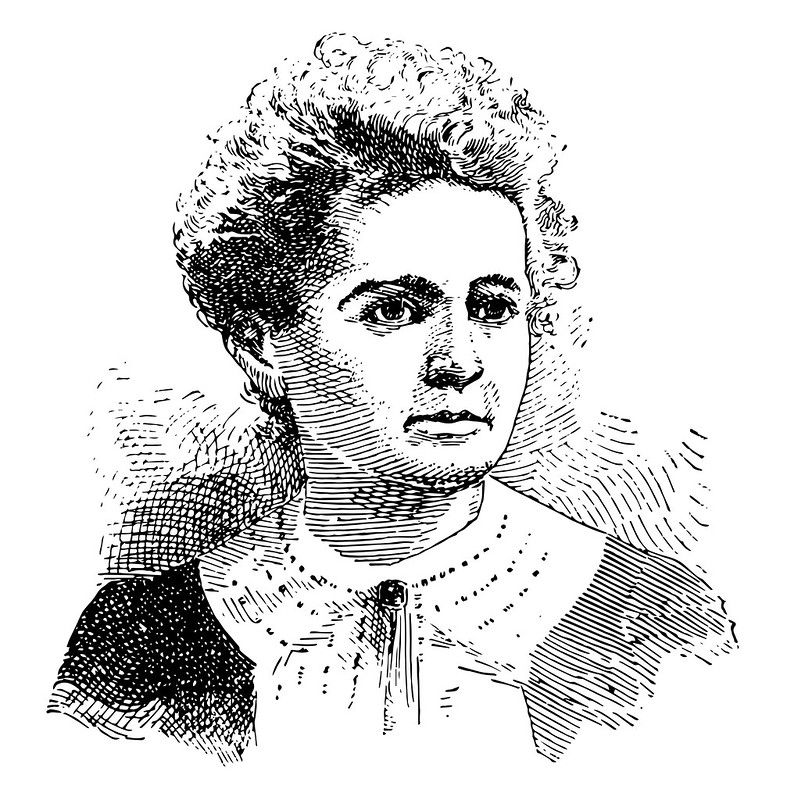 Marie is a prominent face in the field of scientific discovery.

She was born on November 7, 1867. She is well known as the founder of Radium and Polonium.

Marie Curie received Nobel Prize in Chemistry and was the first woman to get that prize. Similarly, she was also the first woman and person to win Noble Prizes twice in her lifetime. Marie Curie has received various accolades and honors for her commendable work. Here are some Marie Curie quotes for you to be inspired from.

Everyone has a different perspective and outlook on life. These are some amazing life lessons from Marie Curie's quotes.

"All my life through, the new sights of nature made me rejoice like a child."

"The older one gets, the more one feels that the present moment must be enjoyed, comparable to a state of grace."

"My husband and I were so closely united by our affection and the common work that we passed nearly all of our time together."

"More and more, I feel the need for a house and a garden."

"One never notices what has been done; one can only see what remains to be done."

"I have no dress except the one I wear every day. If you are going to be kind enough to give me one, please let it be practical and dark so that I can put it on afterwards to go to the laboratory."

"If I see anything vital around me, it is precisely that spirit of adventure, which seems indestructible and is akin to curiosity."

"Unknown in Paris, I was lost in the great city, but the feeling of living there alone, taking care of myself without any aid, did not at all depress me. If sometimes I felt lonesome, my usual state of mind was one of calm and great moral satisfaction."

"We have no money, no laboratory, and no help in the conduct of this important and difficult task. It was like creating something out of nothing."

"Nothing in life is to be feared, it is only to be understood. Now is the time to understand more so that we may fear less."

"During the year 1894, Pierre Curie wrote me letters that seem to me admirable in their form. No one of them was very long, for he had the habit of concise expression, but all were written in a spirit of sincerity and with evident anxiety to make the one he desired as a companion know him as he was."

"I have frequently been questioned, especially by women, of how I could reconcile family life with a scientific career. Well, it has not been easy."

"I have the best husband one could dream of; I could never have imagined finding one like him. He is a true gift of heaven, and the more we live together the more we love each other."

"I was taught that the way of progress was neither swift nor easy."

"Humanity needs practical men, who get the most out of their work, and, without forgetting the general good, safeguard their own interests. But humanity also needs dreamers, for whom the disinterested development of an enterprise is so captivating that it becomes impossible for them to devote their care to their own material profit."

In real life, almost every particular duty has positives and negatives. We have to sail and achieve success throughout our lifetime. These are some highly inspirational quotes by Marie Curie.

"I was taught the method for advancement is not quick or simple."

"I continued my efforts to educate myself. This was no easy task under the Russian government of Warsaw, yet I found more opportunities than in the country."

"There is nothing more wonderful than being a scientist, nowhere I would rather be than in my lab, staining up my clothes and getting paid to play."

"Nothing in life is to be feared, it is only to be understood."

"You cannot hope to build a better world without improving the individuals. To that end, each of us must work for his own improvement and, at the same time, share a general responsibility for all humanity, our particular duty being to aid those to whom we think we can be most useful."

"All that I saw and learned was a new delight to me..."

"We must have perseverance and above all confidence in ourselves. We must believe that we are gifted for something."

"We must keep our certainty that after the bad days the good times will come again."

"You must never be fearful of what you are doing when it is right."

"The first experiments on the biological properties of radium were successfully made in France, with samples from our laboratory, while my husband was living."

"I am one of those who think like Nobel, that humanity will draw more good than evil from new discoveries."

"If it takes a hundred years, it will be a pity, but I will not cease to work for it as long as I live."

Marie Curie always felt science has great beauty. All discoveries take their own sweet time. These are some of her famous quotes.

"You cannot hope to build a better world without improving the individuals."

"We must believe that we are gifted for something and that this thing, at whatever cost, must be attained."

"It was like a new world opened to me, the world of science, which I was at last permitted to know in all liberty."

"You’ll never make me believe women were made to walk on stilts."

"First principle: never to let one’s self be beaten down by persons or by events."

"Radium is not to enrich anyone. It is an element; it is for all people."

"It is my earnest desire that some of you should carry on this scientific work and keep for your ambition the determination to make a permanent contribution to science."

"When one studies strongly radioactive substances special precautions must be taken. Dust, the air of the room, and one’s clothes, all become radioactive."

"Have no fear of perfection; you’ll never reach it."

"Without doubt, these dreamers do not deserve wealth, because they do not desire it. Even so, a well-organized society should assure to such workers the efficient means of accomplishing their task, in a life freed from material care and freely consecrate."

"Knowledge leaves no regrets. Except for radiation. I wish I’d never messed with that."

"After all, science is essentially international, and it is only through lack of the historical sense that national qualities have been attributed to it."

Marie Curie's approach to science is quite prominent with her amazing discoveries. Read her view on science through the quotes below.

"There are sadistic scientists who hurry to hunt down errors instead of establishing the truth."

"In science, we must be interested in things, not in persons."

"During the course of my research, I had had occasion to examine not only simple compounds, salts, and oxides, but also a great number of minerals."

"When radium was discovered, no one knew that it would prove useful in hospitals. The work was one of pure science. And this is proof that scientific work must not be considered from the point of view of the direct usefulness of it."

"I am among those who think that science has great beauty."

"So perished the hope founded on the wonderful being who thus ceased to be. In the study room to which he was never to return, the water buttercups he had brought from the country were still fresh."

"Scientists believe in things, not in person."

"Just remember you will find that one special love that you know is right but for some reason just doesn’t last."

"There is no connection between my scientific work and the facts of private life."

"A scientist in his laboratory is not a mere technician: he is also a child confronting natural phenomena that impress him as though they were fairy tales."

"Stability can only be attained by inactive matter."

"The various reasons which we have enumerated lead us to believe that the new radioactive substance contains a new element which we propose to give the name of radium."

"A scientist in his laboratory is not a mere technician: he is also a child confronting natural phenomena that impress him as though they were fairy tales."

"You can only analyze the data you have. Be strategic about what to gather and how to store it."

"My experiments proved that the radiation of uranium compounds can be measured with precision under determined conditions and that this radiation is an atomic property of the element of uranium."

"I tried out various experiments described in treatises on physics and chemistry, and the results were sometimes unexpected. At times, I would be encouraged by a little unhoped-for success; at others, I would be in the deepest despair because of accidents and failures resulting from my inexperience."