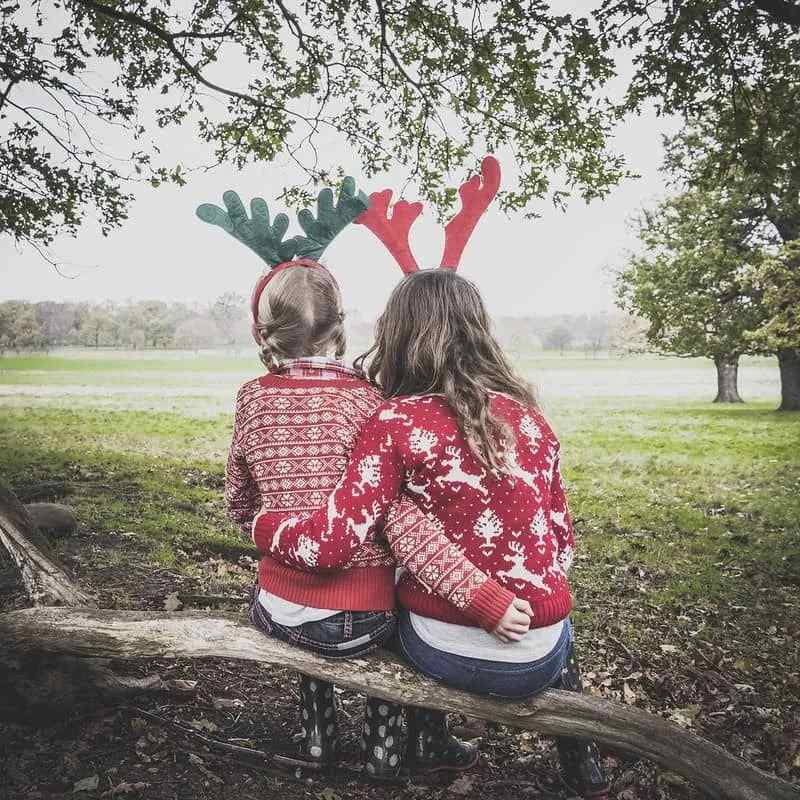 Starting in Scandinavia and Iceland in 1860, hand-knitted warm sweaters were made for fishermen to wear to represent their communities. These were characterised by contrasting geometric patterns, which are still popular today in fair isle knits.

These jumpers then became popular with skiers as they needed warm clothing just the same as fishermen. The jumpers became increasingly popular after the Second World War as they were not too expensive, they were colourful and they brought a sense of happiness in the '60s. Throughout the decades these jumpers have become more of a fashion statement and in more recent years they have become established as a traditional part of Christmas.

We no even celebrate Christmas Jumper Day, which was set up by charity Save The Children and occurs annually in December. In 2020 Christmas Jumper Day will be on Friday 11 December. It is not only a fun day for those who get involved but it also supports a great charity, makes for a great tradition and brings some festive cheer to those around you.

Whether your child is a massive fan of Christmas, loves to wear jumpers or wants to help a good cause on 11 December, Christmas jumpers are an important purchase, so we have the best list to help you find the perfect one.

If your child is a huge Disney fan, they'll love this Mickey Mouse jumper. Featuring everybody's Disney favourite dressed as Santa, this jumper is going to be worn all throughout December, especially on Christmas Day and Christmas Jumper Day. As it is part of the Disney Christmas family range, your whole family (including your pets) can take part in the magic of Christmas with these Disney jumpers. With green sleeves, a grey body with a red collar and a giant Mickey Mouse dressed as Santa on the front, it's a great Disney Christmas jumper.

Fortnite is a firm favourite amongst many young gamers, with this Fortnite Christmas Jumper being no exception. This is a fantastic dark blue jumper with a variety of Fortnite prints across the body including the signature 'dab', popular with young gamers. The jumper also has elements of a traditional Christmas jumper as it features a geometric pattern. If you're thinking of buying this jumper, it is terrific for kids and comes in adult sizes too if you want to go all out and wearing matching jumpers this Christmas.

If your child enjoys puns, they will love this punny Christmas jumper, which has the words T-Rexcellent Christmas across the front. Featuring a roar-some T-Rex in a Santa hat, on a grey or white jumper, this is a lovely pick for a dinosaur Christmas jumper.

Best For Under 5s

If you're looking for a kids Christmas jumper on a budget, this unisex Merry Slothmas jumper from Lora Dora has a novelty feel to it and is one of the best Christmas jumpers in for a very reasonable price.

If your kids are huge fans of 'Star Wars', then they will adore this Christmas jumper, featuring a festive storm trooper rocking a Christmas hat? Complete with snowflakes and writing which says 'Star Wars' on the front in bold font, this is one of those Christmas jumpers kids will not want to take off!

Best For Light Up Jumpers

Would it really be a list of Christmas Jumpers if there wasn't a mention of a light up Xmas jumper? Kids love Christmas jumpers with lights and music, and this dinosaur pick doesn't only shine for its light up elements, it is also super comfortable. Children will love to wow their friends with this boys' Christmas jumper.

We love this adorable sequin girls' Christmas jumper from John Lewis. Featuring several sequined puddings, topped with lots of fluffy berries, the jumper comes in navy and can be machine washed, even though it has embellishments.

Best For A Novelty Christmas Jumper Kids Will Love

Christmas jumpers are all about the novelty feel and Rudolph taking centre stage on this Christmas reindeer jumper will make it a firm favourite. With a wonderful knitted Rudolph face and a pom-pom nose to complete the face, alongside several geometric prints, this jumper gives real Christmas feels. The hand knitted style of this reindeer jumper only makes it better. You can expect a long life for this Christmas jumper, as it is made to last.

Kidadl Best Buys selects the top parent-recommended products across the web for families of all ages. If you enjoyed our pick of the best Christmas jumpers for kids, why not take a look at this list of the best kids Christmas bedding, or if you're struggling with stocking fillers for kids this year, we have some great suggestions too.