21 Amazing Facts You Didn’t Know About The Beach | Kidadl

21 Amazing Facts You Didn’t Know About The Beach Do you know where to find shark-eating monkeys, the collective noun for lobsters, or the seaweed that’s really an animal? As everyone heads off to the beach, here are 21 facts that’ll make your kids think about the seashore in a different way. None of them are fishy.

1. Jellyfish, starfish, cuttlefish, crayfish and shellfish are all poorly named. None of these are fish, nor remotely related to fish. (And some would argue that there’s actually no such thing as fish at a genetic level. It’s a catch-all term for a widely varied group of animals.)

2. Do an image search for ‘greater horn wrack’. If you live around the northern Atlantic (USA, Canada, UK, Ireland, etc.) you may have seen colonies of this seaweed in the shallows. Only, it isn’t seaweed. Flustra foliacea, to give it the Latin name, is actually bryozoa - part of the animal kingdom, despite looking and smelling like seaweed!

3. Speaking of which, seaweed is not a plant, as often assumed, but an algae. Seaweed and other algae are responsible for most of the oxygen in the Earth’s atmosphere. Thank the oceans for letting you breathe.

4. Crabs are famous for walking sideways. Many, however, can also walk forwards and backwards, though the sideways scuttle is usually preferred.

5. Head to a beach in southern Africa and you might see a startling sight: monkeys that eat sharks! Chacma baboons have been known to patrol the shallows in search of ‘mermaid’s purses’, in other words, shark eggs, which they then devour.

6. The barnacle is named after the barnacle goose, and not the other way round. In medieval times, people believed that the birds hatched from the shelled creatures we now call barnacles.

7. On a related note, barnacles are often assumed to be molluscs, like clams, limpets and mussels. They are more properly defined as crustaceans, though, and so have more in common with lobsters and shrimp.

8. Some collective nouns for you. A gulp of cormorants; a cast of crabs; a pod of dolphins; a herd of dugong; a bed of eels (or oysters); a colony of gulls; an army of herring; a bloom of jellyfish; a deceit of lapwings; a risk of lobsters; a consortium of octopuses; a fling of sandpipers; a herd of seals; a shiver of sharks; a bale of turtles.

9. Now for a fictional beach fact. In the film Jaws, the seaside resort of Amity Island is terrorised by a great white shark. The toothy menace is not seen properly until the 77th minute, and only gets a couple of minutes’ screen time in the whole film. The paucity is partly down to Spielberg’s masterful ratcheting of suspense, but the truth is that the film-makers encountered numerous technical problems with the shark model. Hence, it was rarely seen.

10. Partly thanks to Jaws, young children often get a bit nervous of sharks when paddling in the sea. Yet the real killer of the oceans is the jellyfish. About 20 times as many people die from jellyfish stings as from shark attacks. It’s still very rare though!

11. You may have read that fish were the first creatures to leave the ocean and venture onto beaches in search of food, eventually evolving into amphibians, reptiles, birds, mammals… and humans. The second bit is true, but fish were not the first to leave the ocean. The insects were already there, having evolved from centipede-like creatures that crawled out of the sea 155 million years before the fish gave it a go.

12. Since then, fish have travelled much further. The first fish in space was a mummichog, which launched in 1973 to the US Skylab space station. Jellyfish had to wait until 1991 to reach the final frontier. Facts About The Sea

13. Have you ever stopped to think about what causes high and low tides? It’s both simple and complex. In basic terms, the oceans of the Earth feel a gravitational attraction to the moon and move accordingly. But the pattern of high and low tide is complicated. You don’t always see high tide when the moon is directly overhead. The rise and fall is affected by many factors, including varying ocean depth, the presence of land masses, and the fact that the Earth is not a perfect sphere. And then there’s the sun...

14. We’d still have tides, even if the moon suddenly disappeared. The sun also contributes to the rise and fall of sea level, though only about 46% as much as the much-closer moon.

15. Most seas are partly or wholly surrounded by land - think of the Mediterranean or Caribbean, for example. The one exception is the Sargasso Sea in the Atlantic. It has no land around its edges, but is instead defined by a circular current called the North Atlantic Gyre.

16. Have you ever wondered where all that sand came from? Most of it is the remains of rock that has eroded over many years into fine grains, usually of quartz.

17. Tropical islands often lack sources of quartz. Their beaches are covered in a whiter sand derived from coral and the shells and skeletons of the animals that live there. Those tropical beaches may look beautiful, but you’re lying on the remains of millions of animals!

18. The world’s tallest sandcastle was built in Denmark in 2021. Looking somewhat like the Disney fairytale castle, this epic construction measured over 21 metres tall and used 5,000 tonnes of sand. For comparison, the Tower of London reaches 27 metres.

19. The first recorded game of beach volleyball took place in Hawaii in 1915. It’s one of two Olympic sports first documented on the islands, the other being surfing.

20. The world’s busiest beach is thought to be Fujiazhuang in the northeastern Chinese city of Dalian. In peak season, some 40,000 people cram into a stretch just 500 metres long.

21. The longest pleasure pier in the world can be found at Southend in England. It is over 2km long and even has its own railway.

The best beach hacks for parents

24 things that happen every time you go to the beach

Ventnor, Bognor, Skegness? How English beach resorts got their names 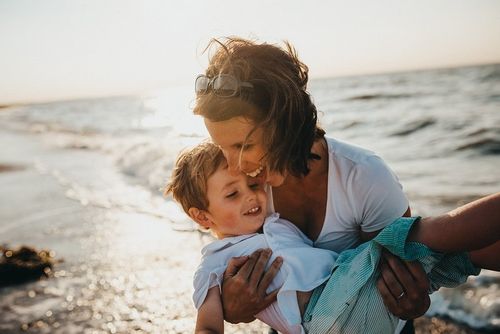 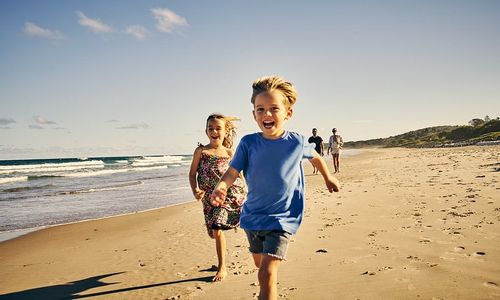 Where To Find Sculptures Of Children's Characters Take The Kids On A Black History Tour Of London