Book Tickets For From Here To Eternity In London | Kidadl 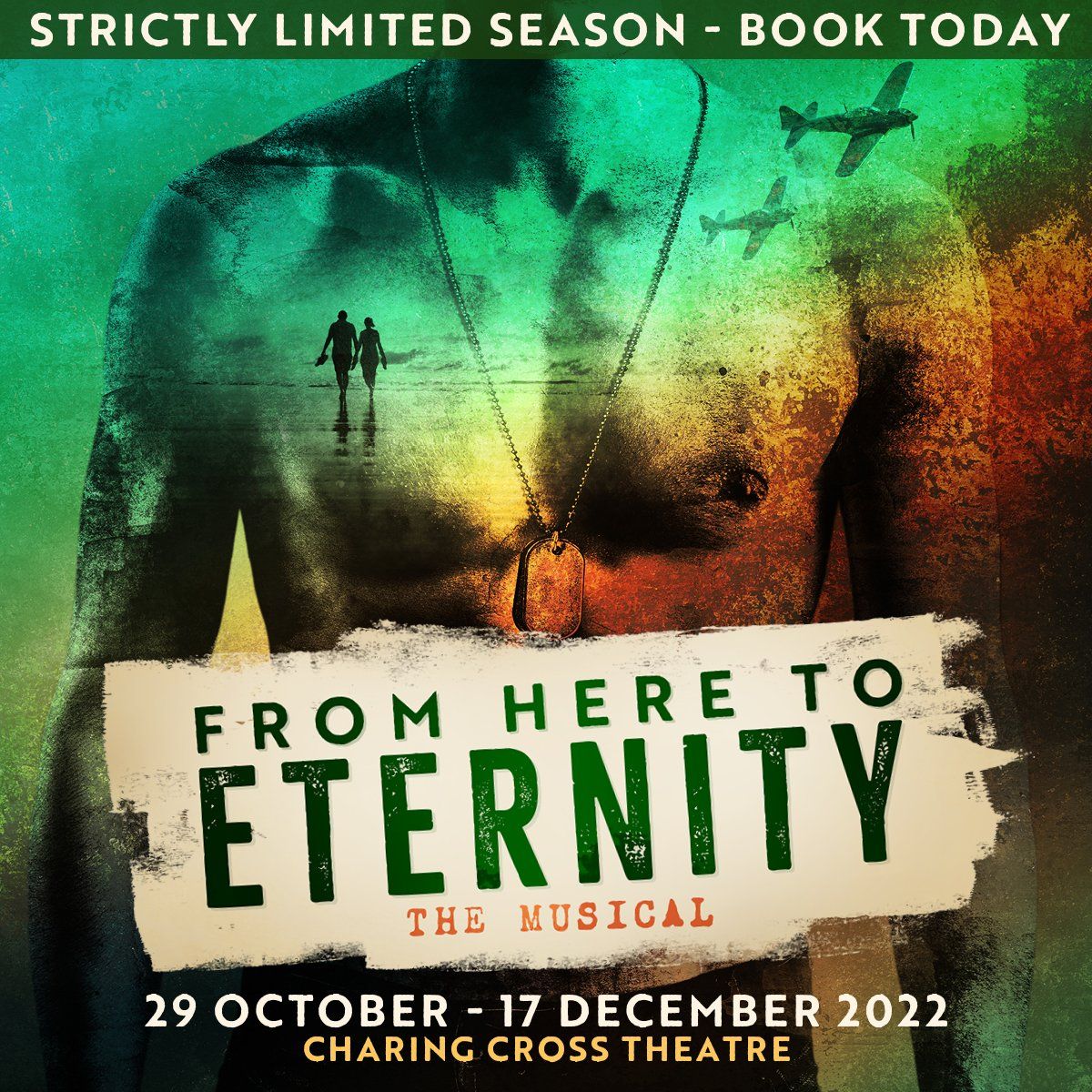 From Here To Eternity In London

Book Your Tickets For The From Here To Eternity In London

From Aria Entertainment, Heartaches Limited, and Bill Kenwright, comes this newly revised production of Tim Rice, Donald Rice, Stuart Brayson, and Bill Oake's musical this autumn at the Charing Cross Theatre. The story is set during the event of Pearl Harbor in 1941, following four soldiers of G Company and their lovers, whose worlds are torn apart forever. This tale of army life and illicit love is adapted from the novel by James Jones and is directed by Brett Smoak. This stunning musical brings together the writing talents of Stuart Brayson, Tim Rice, and Bill Oakes to the Charing Cross Theatre. When 'From Here To Eternity' premiered in 2013, it marked the first new stage musical by Tim Rice in more than 10 years. Enjoy the thrilling revival with the magnificent return of 'From Here To Eternity'. Book 'From Here To Eternity' tickets now.

About 'From Here To Eternity'

What is 'From Here to Eternity' about?

The classic novel of James Jones is brought to life with this London revival of this production. The West End is ready to host this new production of Stuart Brayson, Donald Rice, Bill Oakes, and Tim Rice's epic musical.

The story is based on the tragedy of Pearl Harbor. It takes place in Hawaii and the backdrop is the ongoing World War II. G Company at Schofield Barracks is joined by Private Robert Prewitt, who meets Sergeant Milt Walden there. The latter is known to be having an affair with Karen, the Captain's wife. Private Prewitt also falls for a woman named Lorene. His military outfit wants Prewitt to box for them, but he refuses them each time. The terrible war is right around the corner and the lives of the four lovers are about to be ripped apart. The Japanese attack on Pearl Harbor is going to shake their lives and there won't be any more time for barrack-room banter and impossible romances.

The director is Brett Smoak who is the producing artistic director of The Rev Theatre Company. The writing talents are back together as Tim Rice is on lyrics, Bill Oakes on books, and Stuart Brayson on music.

'From Here To Eternity' made its world premiere at Shaftesbury Theatre. Watch the new revival of the show at the Charing Cross Theatre in the West End this autumn. Enjoy a spectacle of musical theatre in London's West End.

What age is 'From Here to Eternity' suitable for?

The age guidance has not been announced. Adults must accompany children at the theatre.

The running time of the show at the Charing Cross Theatre has not been announced.

Who is the team behind 'From Here to Eternity'?

The director of the musical is Brett Smock. Nick Barstow does the musical direction and orchestration. Choreography is by Cressida Carré. Set and costume design is by Stewart Charlesworth. The casting director of the show is Jane Deitch and sound design is by Andrew Johnson. Chris Matanlé is in general management and Ollie Hancock is the production coordinator. The musical is produced by Aria Entertainment (Katy Lipson), Bill Kenwright, and Heartaches Limited.

Brett Smoak is the producing artistic director at The Rev Theatre in New York.

Who is in the London cast of 'From Here to Eternity'?

The cast has not been announced.

Where is 'From Here to Eternity' being performed?

The address of the venue is Charing Cross Theatre, The Arches, Villiers Street, London, WC2N 6NL.

Northumberland Avenue will take you to the destination in the shortest possible time. Alternatively, the A4 can also be taken to reach the venue.

Embankment tube station is also nearby.

You can also take a bus to the theatre as there are buses running throughout the day and night.

Where can I park near the Charing Cross Theatre?

Where are the toilet facilities at the Charing Cross Theatre?

There are toilets throughout the theatre. The disabled toilets can be accessed from Balcony One.

There are wheelchair spaces in Balcony One.