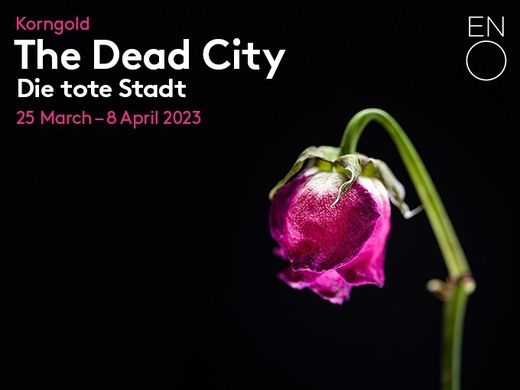 Book Your Tickets For The ENO's The Dead City

The English National Opera (ENO) brings you 'The Dead City', Korngold's cult classic opera. ENO's 'The Dead City' ('Die tote Stadt') is based on the novella by Belgian poet, Georges Rodenbach. 'The Dead City' was one of the biggest hits in the '20s, but it has rarely been on the stage since World War II. The English National Opera (ENO) now brings the tale of life and death, past and future, to the stage with excellent performances and a production that will be remembered for generations. 'The Dead City' is a psychological observation of loss, that earlier premiered throughout post-war Europe. In the story, Paul is recently bereaved and is now haunted by memories and visions of Marie, his deceased wife. Paul soon meets Marietta, who is so familiar that the lines between now and then become blurred. His world is turned upside down in 'The Dead City'. Watch the production live at the London Coliseum Theatre in London. Book ENO 'The Dead City' tickets today.

About The ENO's 'The Dead City'

What is 'The Dead City' about?

The English National Opera (ENO) brings this production of 'The Dead City' ('Die tote Stadt') to the London Coliseum Theatre. Paul's wife recently died and he is going through a hard time dealing with her death. He retreats from the world and lives in his dreams and memories of Marie. Paul soon meets a dancer named Marietta, who resembles his wife a great deal and this unravels his emotional state. His world is now in turmoil, as he needs to fight with the blurred lines between his old memories of his wonderful life and his newfound desires.

The opera is based on 'Bruges-la-Morte' by Rodenbach, which stretched the boundaries of obsession and remembrance, reminding us how closely related they actually are.

What age is 'The Dead City' suitable for?

The recommended age for the opera is 11+. Visitors above the age of five are allowed inside the theatre in London.

The running time of the show is three hours.

Who is the team behind 'The Dead City'?

ENO's Artistic Director, Annilese Miskimmon, directs this opera for the English National Opera. Kirill Karabits is the conductor of the opera, the set is by Miriam Beuther, and Kelley Rourke is on translation.

Who is in the London cast of 'The Dead City'?

Where is 'The Dead City' being performed?

The A400 will take you to the opera theatre in the shortest possible time.

There are also frequent buses running day and night in London.

Q-Park Covent Garden is the nearest parking area to the opera. There are also other parking areas near the theatre in London that can be used.

There are toilets located on all the five levels of the theatre in London. Accessible gender-neutral toilets are found on the basement, stalls, dress circle, and balcony levels.

The theatre is accessible with lifts to all the parts of the venue and wheelchair spaces in the dress circle, stalls, and stall boxes.

Contact the box office for any help needed during your visit.

Some popular restaurants in the area that you can enjoy are Nutshell, Fumo, Caffe Nero, Notes, and Chandos.

Watch the performance with your family live at the London Coliseum. Get your tickets today!