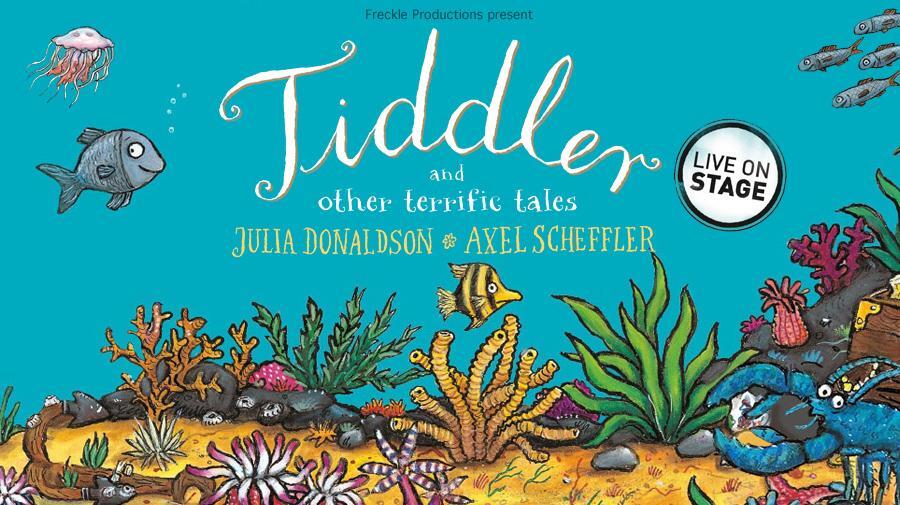 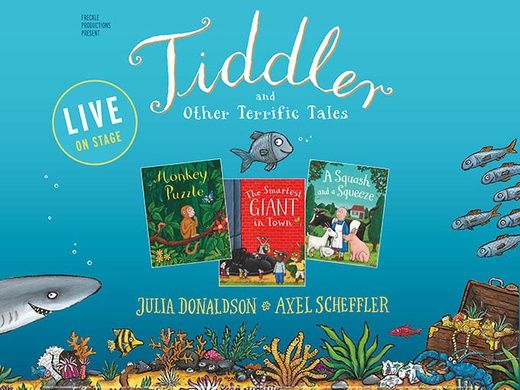 Tiddler And Other Terrific Tales In London

About Tiddler And Other Terrific Tales

What is Tiddler and Other Terrific Tales about?

Four terrific tales, under the sea, into the jungle, and out on the farm are mixed together with puppetry, live music, and many colourful characters from the bestselling books by Julia Donaldson as well as Axel Scheffler such as 'Tiddler', 'A Squash And A Squeeze', 'The Smartest Giant In Town', and 'Monkey Puzzle'.

The real questions that arise here is; is Tiddler speaking the truth? Will Monkey be able to find his mother? Will the old lady be able to squash and then push all the animals inside her house? And will George be able to make friends?

The show is a children's treat and this delightful production brings gleeful songs, live music, puppetry, exquisite storytelling, and much more to create a jolly affair and awaken the inner child in parents as well as children.

What age is Tiddler and Other Terrific Tales suitable for?

It is suitable for all ages and will be enjoyed by children and adults alike.

The running time of this children's show has not been announced.

Who is in the London cast of Tiddler And Other Terrific Tales?

The cast has not been announced.

Who is the team behind Tiddler and Other Terrific Tales?

This story for children is directed by Mark Kane, and lyrics and music are by Benji Bower. Katie Sykes is the designer, El Higgins is the lighting designer, Brian Hargreaves is the musical director, Louise Smith is the costume supervisor, Nick May is the production manager, Katie Bingham is the company stage manager, Georgia Green is the consultant director, and Sally Cookson gives the original direction.

Colourful characters are from the bestselling novels by Julia Donaldson as well as Axel Scheffler such as 'Tiddler', 'A Squash And A Squeeze', 'The Smartest Giant In Town', and 'Monkey Puzzle' are used here.

Find out if George will be able to make friends, if the old lady will be able to push the animals through, learn if the monkey finds his mom and if Tiddler is speaking the truth.

Where is Tiddler and Other Terrific Tales being performed?

How do I get to Cadogan Hall?

Take The Mall road to reach the theatre in the shortest possible time by car.

Check your tickets for the theatre before starting your travel.

Where can I park near Cadogan Hall?

Where are the toilet facilities at Cadogan Hall?

There are toilets all over the theatre.

The theatre has step-free access to the foyer areas and box office. Accessible toilets and stalls can be accessed with a lift. Gallery seats can only be used using a staircase.