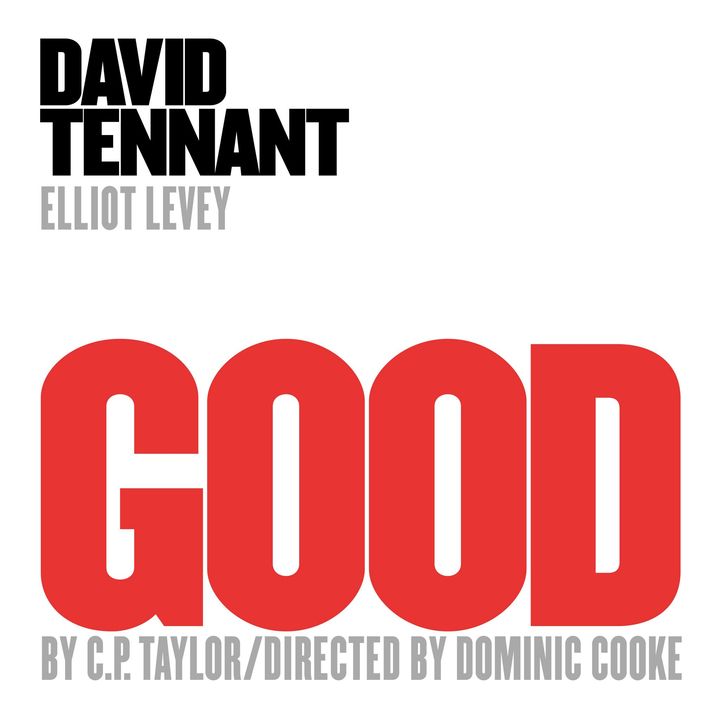 Book Your Tickets For The Good In London

David Tennant is back at the West End, in this production of one of the most powerful, political plays in Britain, for a limited time. David Tennant, of 'Doctor Who' and 'Good Omens', fame is known all over the world for his prolific acting skills and this is your chance to watch him at Harold Pinter Theatre in the West End. This is a prescient and timely play that forces you to ask the never-ending question of who a good man is and where the limit of responsibilities is located. The story is set before World War II in Germany and revolves around an average man named John Halder and how he is seduced into things that are usually detested. David Tennant returns to the West End after his brilliant performances in 'Don Juan in Soho', 'Richard II', and 'Much Ado About Nothing'. John Halder is a good person, but he needs to adapt for survival. Things are falling apart and he still needs to be a good man. Is it possible? The descent, music-loving, intelligent German professor gets swept in a movement that goes towards an unimaginable finale. It is one of the main pieces in English-speaking theatre on the Holocaust. The play at the West End is a lesson for our times. The main character is played by David Tennant, with the cast also including Elliot Levey and Fenella Woolgar, directed by the Olivier award-winner, Dominic Cooke. Book 'Good' play tickets now.

What is 'Good' about?

The story of Professor John Halder is set in pre-war Germany. It is a play about the Holocaust and has been produced for British theatre. CP Taylor's 'Good' has been being performed all over the world since its debut in 1981.

John Halder is a person who asks himself who a good man is and how he knows he is one. During the '30s, good men in Germany took small steps to do bad things, and although the actions might have seemed logical at the time, these actions were the line between good and evil. The consequences for Halder were unthinkable as he is pulled into the movement. The play is relevant in the present time as well and is an important lesson on morality.

The lead role of John Halder is played by David Tennant. Halder is a literary professor staying in Frankfurt, Germany, in the '30s. This play shows how someone so decent and good could have had their lives altered completely by Nazi ideology during World War II. Elliot Levey, the Olivier Award-winning actor, plays the character of Maurice, Halder's friend. David Tennant returns to the West End with this play.

The Royal Shakespeare Company first commissioned the play in 1981 and it premiered at the Donmar Warehouse. The performances by the Royal Shakespeare Company was directed by Howard Davies. In 1999, Michael Grandage directed this play again and starred Charles Dance. The Royal National Theatre hailed this iteration as one of the most important plays of the 20th century in 1998.

This production was due to be performed at the Playhouse Theatre, but the dates were postponed, along with the change in location, because of the pandemic.

The age restriction has not been announced. Children must be accompanied by adults.

The duration has not been announced.

Who is the team behind 'Good'?

Dominic Cooke is known for 'Follies', which won an Olivier Award for Best Musical Revival at the National Theatre. Dominic Cooke was earlier the artistic director of the Royal Court Theatre and staged a lot of productions during his time from 2006-2013. Some of his popular productions are 'Clybourne Park', 'Enron', and 'Jerusalem'. Each of these was transferred to the West End. He has won Olivier Awards for 'The Crucible' and 'Ma Rainey's Black Bottom'.

Fictionhouse and Playful Productions are co-producers of the show in West End. It is the first West End production for Fictionhouse. This is a company that was launched by Dominic Cooke and Kate Horton.

The rest of the names of the creative team members will be revealed at a later date.

Who is in the London cast of 'Good'?

The West End cast includes Elliot Levey (known for 'Cabaret' at the Kit Kat Club) and Fenella Woolgar. Fenella Woolgar plays the character of Helen, while Elliot Levey plays the character of Maurice. The lead character of John Halder is played by David Tennant. David Tennant has worked for a long time on TV, stage, and film, with many credits to his name, including 'Doctor Who', Amazon comedy-drama 'Good Omens', 'Harry Potter', and 'Deadwater Fell', the recent TV hit. David Tennant has also worked in productions of 'Don Juan in Soho', 'Richard II', and 'Much Ado About Nothing'.

Where is 'Good' being performed?

How do I get to the Harold Pinter Theatre?

Where can I park near the Harold Pinter Theatre?

Where are the toilet facilities at the Harold Pinter Theatre?

There are male and female toilets in the stalls, royal circle, and balcony level. An accessible toilet can be found in the foyer.

Is the Harold Pinter Theatre accessible?

The box office and foyer area are on street level and can be accessed easily. The dress circle is on the foyer level and has wheelchair spaces.