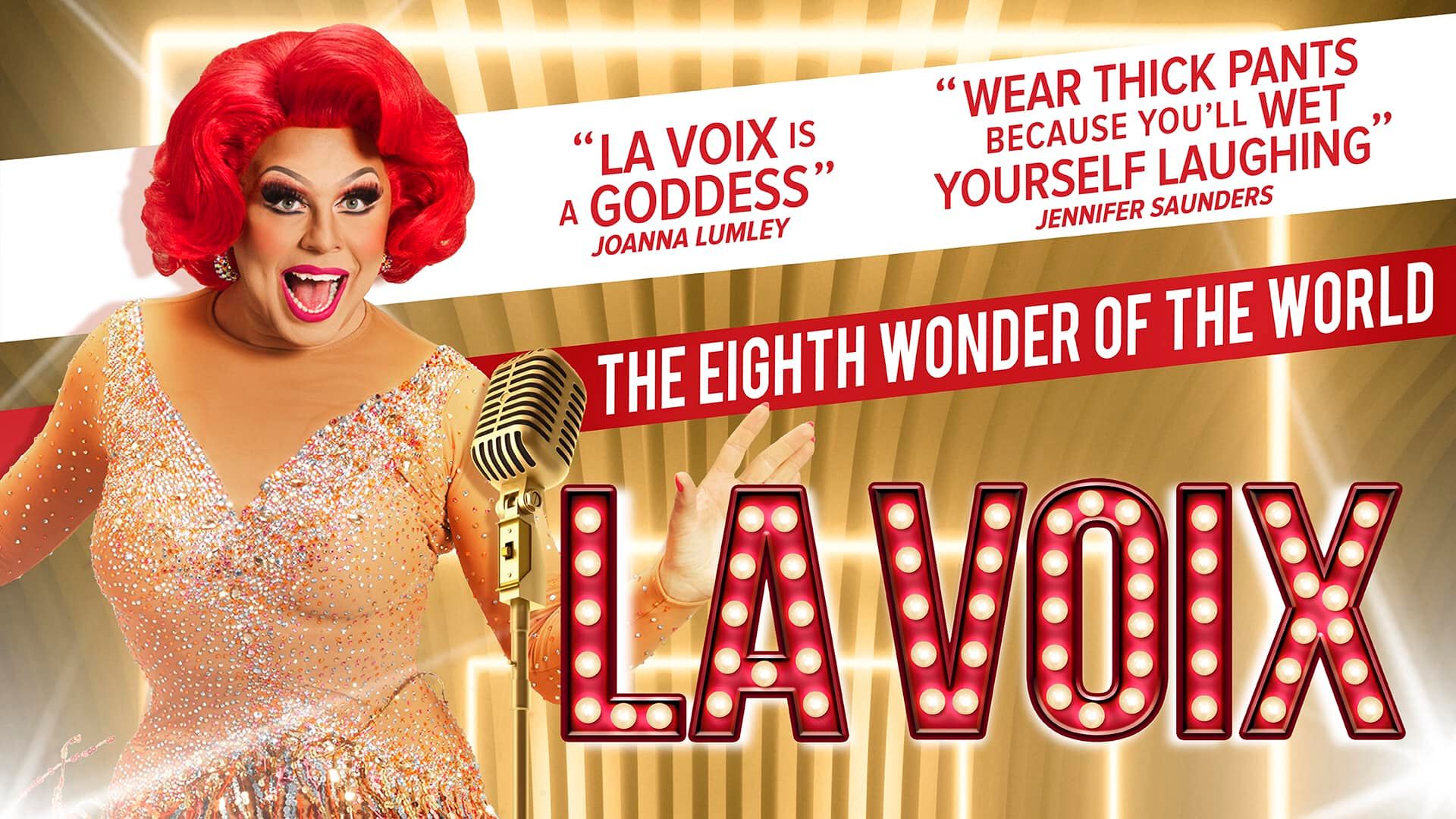 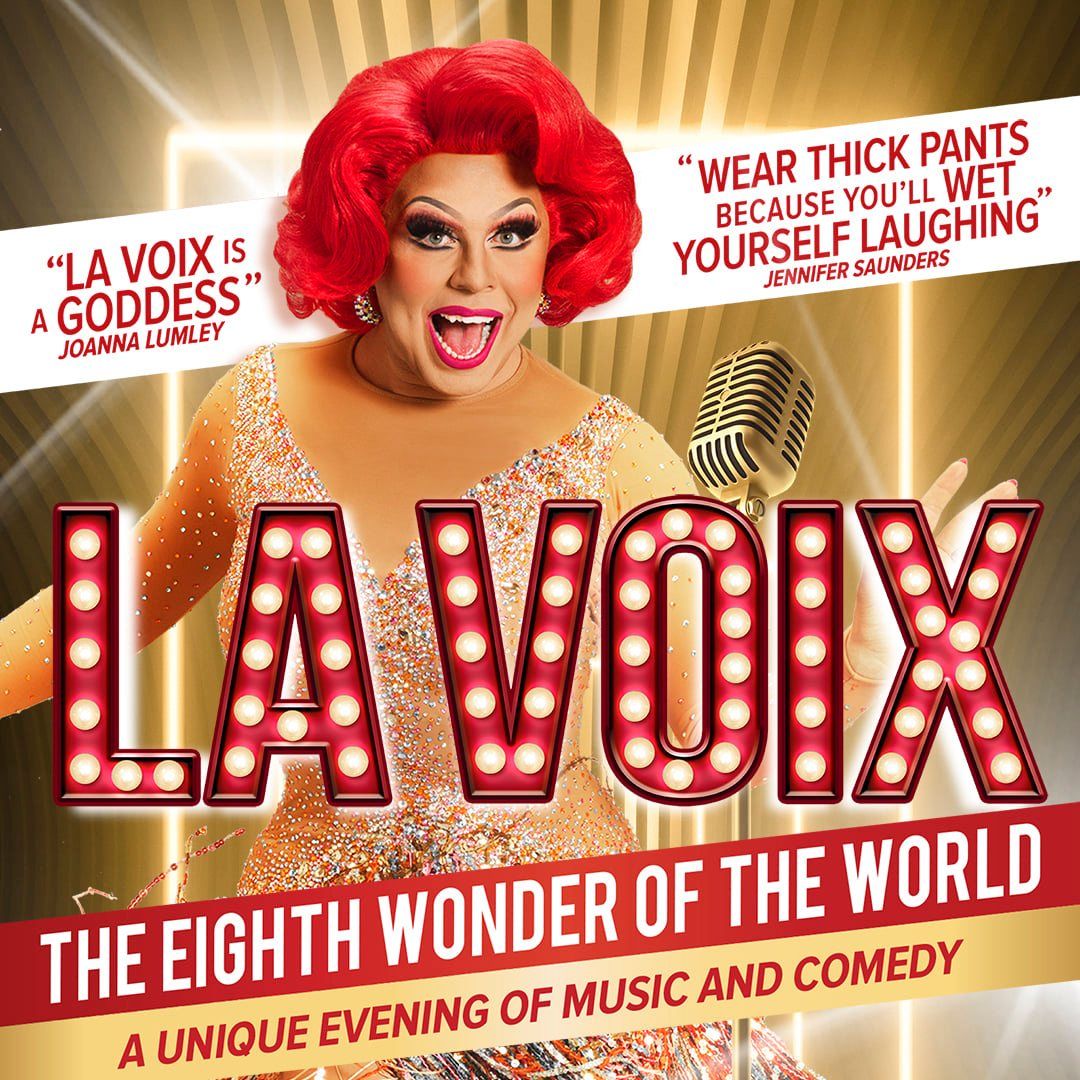 La Voix - Eighth Wonder Of The World In London

La Voix is a spirited performer who has the ability to add layers to her performances by bringing in some of the finest tunes in the industry, along with comedy that will blow your mind. La Voix has the talent to change around the vocal styles of Shirley Bassey, Tina Turner, Judy Garland, Liza Minnelli, or Cher, just with one cue. This is the first one of La Voix's shows in London and the true legend of the genre is here as the Countess of Comedy. With huge vocals, side-splitting comedy, full of energy, laughter, and incredible impressions of divas, La Voix is here with her incredible musicians for a night of spectacular wit, gorgeous dresses, and mesmerising tunes. Book La Voix tickets today to see 'The The Eighth Wonder of the World'.

What is La Voix about?

La Voix is quite the performer, who gets her audience jumping on their seat with laughter and music in all her venues. She is a woman who wants to get back class, glamour, humour, and sophistication into the world. On 'Britain's Got Talent', she was a semi-finalist and on 'RuPaul's Drag Race UK Ambassador', she came in second place. She has won various awards for her talents and now is hot-footing herself in several venues in the UK to show the world her fresh new show, 'The Eighth Wonder of The World'. This is her first time in London and she has brought music and dance, impressive impressions, beautiful gowns, and the energy of a diva.

With comedy, big vocals, jaw-dropping tunes, wit, and dresses, 'The Eighth Wonder of The World' is unmissable, whether you are an old fan or a new one.

Jennifer Saunders and Sir Ian McKellen are to of the biggest names to have appreciated the cheekiness of this legend. Are you ready to make your own impressions?
Book tickets for 'The Eighth Wonder of The World' with La Voix today.

What age is La Voix suitable for?

The recommended age for this show is 14+.

The duration of the show is two hours 20 minutes and it includes an interval of 20 minutes.

Who is in the London cast of La Voix?

The cast, apart from La Voix, has not been announced.

Who is the team behind La Voix?

P&O Cruises are sponsoring the show.

Where is La Voix being performed?

The address of the venue is Lyric Theatre, Shaftesbury Avenue, London, W1D 7ES.

It is located near Piccadilly Circus.

How do I get to the Lyric Theatre?

If you are traveling from London itself, take the A4 road to reach the destination quickly.

Piccadilly Circus Tube Station is the closest one from the venue and is just a minute away. Leicester Square is also nearby and accessible. It is around three minutes away.

Charing Cross train station is the closest and is under 10 minutes away.

You can also get one of the many buses running in London, which are available day and night.

Where can I park near the Lyric Theatre?

Q-Park Chinatown is the closest parking area near the location.

Where are the toilet facilities at the Lyric Theatre?

There are male and female toilets on all the levels of the theatre. An adapted gender-neutral toilet is available near the Royal Entrance.

Is the Lyric Theatre accessible?

Dress Circle Boxes have wheelchair user access as they are located in the street level. The entrance at Shaftesbury Avenue has wheelchair access.