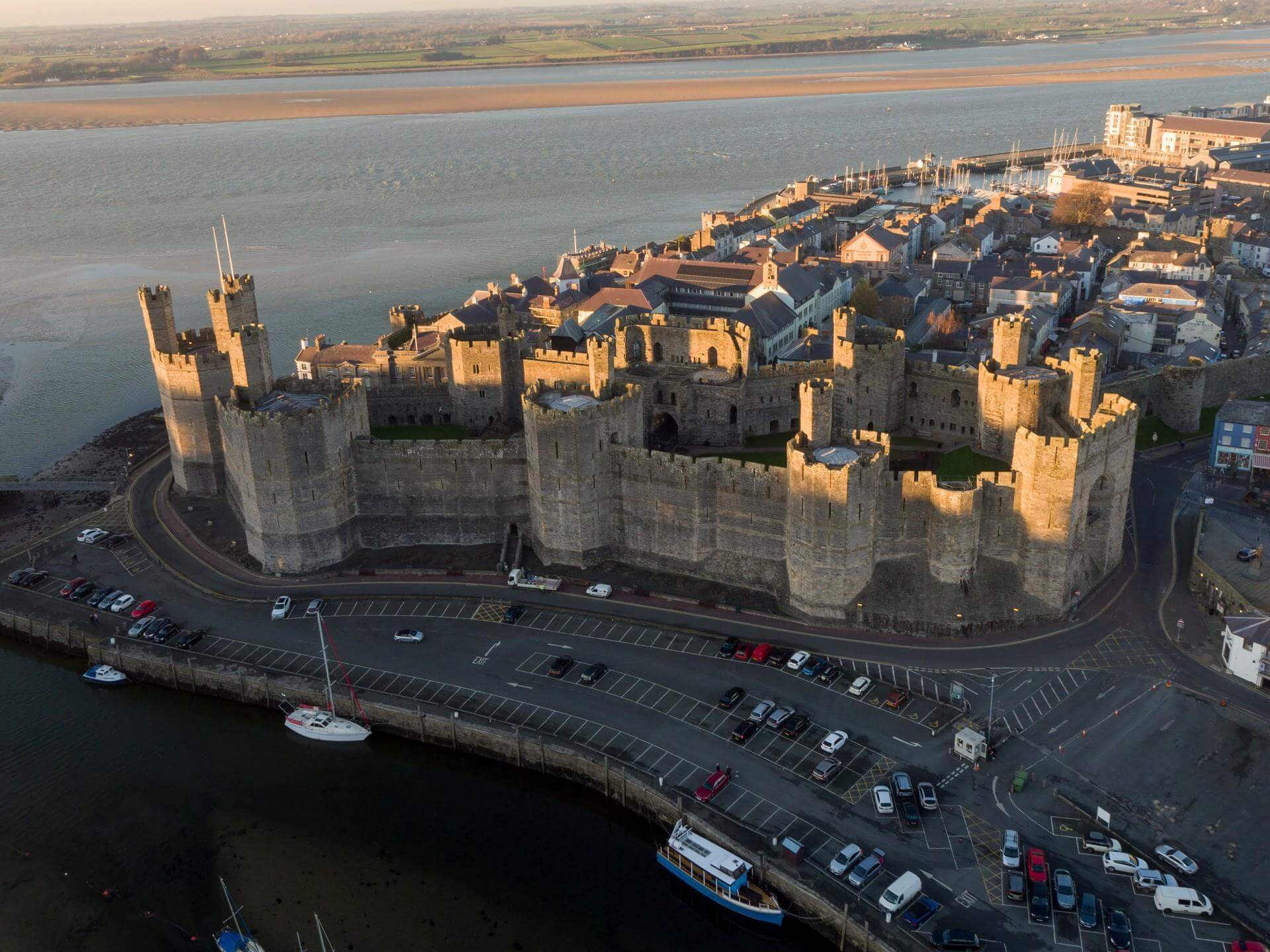 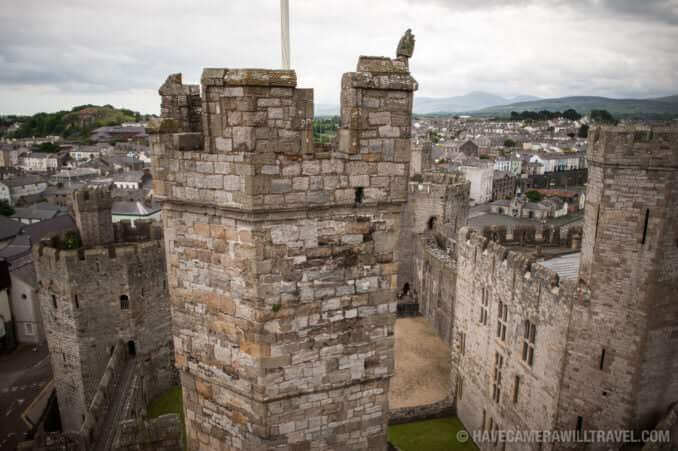 With its waterside location, polygonal towers, and UNESCO World Heritage Site status, Caernarfon Castle is not to be missed if you happen to be in the county of Gwynedd in north Wales. Located on the River Seiont, the castle has been around for hundreds of years, and has had a number of significant roles throughout Welsh history. The beautiful architecture and ancient legends of the castle make it a truly magical place to visit, and it is considered to be the to pick of north Wales castles.

Caernarfon Castle started its life all the way back in the 11th century, where it stood as a standard motte and bailey castle, a structure that was popular at the time. The motte, or man-made hill, made it easier for the occupants of the castle to see enemies approaching, and the bailey, or enclosed stone courtyard, was another line of defence. There would also have been a stone keep, or tower, built inside the bailey, At Caernarfon Castle you can still see parts of this structure, although it was altered over the years. In the 13th century, following a war between England and Wales and the death of the Welsh leader Llywelyn ap Gruffudd, King Edward I won, and began to take charge of castles across northern Wales. Caernarfon Castle, while it was already a motte and bailey castle, was restructured and the motte was made into a new Edwardian Castle. The castle was a feat of architecture, and was designed by James of Saint George, who was responsible for the huge Eagle Tower and many of the significant design points of the building. The castle was so grand it began to expand into areas of the city of Caernarfon, and some people even had to leave their houses in order for them to be replaced by the castle. New city walls were built, and timber apartments were made so King Edward could visit with his wife, Queen Eleanor. It was around this time that the most impressive of all the towers, the Eagle Tower, was completed, so the King and Queen could stay there for the birth of their child. The tower had walls that were 18 feet thick, and had multiple turrets that were decorated with stone eagles.

However, there was more unrest between the English and Welsh, and Caernarfon was in danger due to its role as an English fortress. When a rebellion led by the Welsh prince Madog ap Llywelyn came about at the end of the 13th century, Caernarfon was attacked. The town was sacked and the castle set alight, with fire destroying much of the town. The English took the castle back a year later in 1295, and Edward continued to build up the castle and town. To this day, most of what we can see of the castle is from this period, although many of the inner buildings no longer exist.

Over the next few hundred years, there continued to be conflict between the successors of King Edward and the Welsh princes who objected to the castle town of Caernarfon, although the castle itself stayed in relatively good condition. When the Tudors took the English throne in the 15th century, tensions were alleviated between the Welsh and English, as the Tudors came from Welsh lineage. The castle even survived the English civil war, despite being under siege no less than three times. While the timber and roofed areas of the castle had begun to wear by the 17th century, the stone defences were still effective, and their sturdiness is what allows us to still visit them to this day. Following the civil war, the castle lay neglected for a number of years, but was eventually restored in the late 19th century. The investiture of Edward VIII to become Prince of Wales took place in the castle in 1911, and later Prince Charles in 1969. Over the years, Caerarfon Castle certainly earned its status as a UNESCO World Heritage Site, and has lasted over 700 years since its original construction. With tales of Welsh princes and an old castle town, and rumoured to have been based on the Walls of Constantinople when it was built, this castle is filled with mystery and legend. Today, the castle attracts hundreds of thousands of people from all over the world every year, who come to see the famous castle set in the ancient town walls.

To learn more about the Caernarfon Castle facts, myths and legends that make the castle so unique, make sure to plan a visit. From the Chamberlain Tower to the views of the River Seiont, there is something for every member of the family to enjoy. Even young kids will be entertained while exploring this ancient building, as it's the perfect place for the ultimate game of hide and seek! Kids can also take on the challenge of the ‘Castle Quest’, to find all kinds of hidden things around the castle. Plus, make sure to check out the ‘Game of Crowns’ area in the Eagle Tower, where kids can find out all about the medieval history of the castle. With huge grounds to explore, there's lots of space for children to run around and play, and there are lots of great spots for a picnic.

There are also lots of great events on at Caernarfon Castle throughout the year. Keep your eye out for reenactment events, where you can see costumed actors living life and practising combat just like they would have done hundreds of years ago. This is a great opportunity to get to know the castle and history in a much more immersive way.

If all the exploring has made you work up an appetite, head to the gift shop for a snack, or if you fancy something a little more substantial, there are plenty of Caernarfon restaurants and cafes to appeal to every appetite. For rustic Tuscan food, check out Osteria on the unusually named Hole in the Wall Street. Or, if your trip to the seaside has made you crave fish and chips, try one of the local fish and chip shops such as Ainsworth's on Bridge Street. As well as exploring the old town walls that were built hundreds of years ago, there are also plenty of other things to do in Caernarfon to fill up the rest of your day. Since the town was originally developed due to a Roman settlement, the area has a lot of Roman history that is worth exploring. If you would like to travel even further back in time, you can visit Caer Rufeinig Segontium (Segontium Roman Fort) in the outskirts of Caernarfon, which was founded almost 2,000 years ago in 77 AD.

Caernarfon is also a great place to stay if you are planning a family getaway. Caernarfon hotels include a Premier Inn on Balaclava Road, as well as local options such as the Celtic Royal hotel on Bangor Street. You'll also find some great options for camping and caravanning in the local area. Coed Helen Holiday Park is the closest to the town centre, although there are more options slightly more out of town. There is also good Airbnb availability in the area.

If the Edwardian history of Caernarfon Castle has you ready to explore more of the local Gwynedd area, the National Slate Museum is just a short drive away, and is the perfect place to learn more about the local Welsh history of slate mining. Or, to spend some time in nature, the beautiful Traeth Abermaw Beach is just an hour's drive south, and is the perfect place for a dip in the sea. 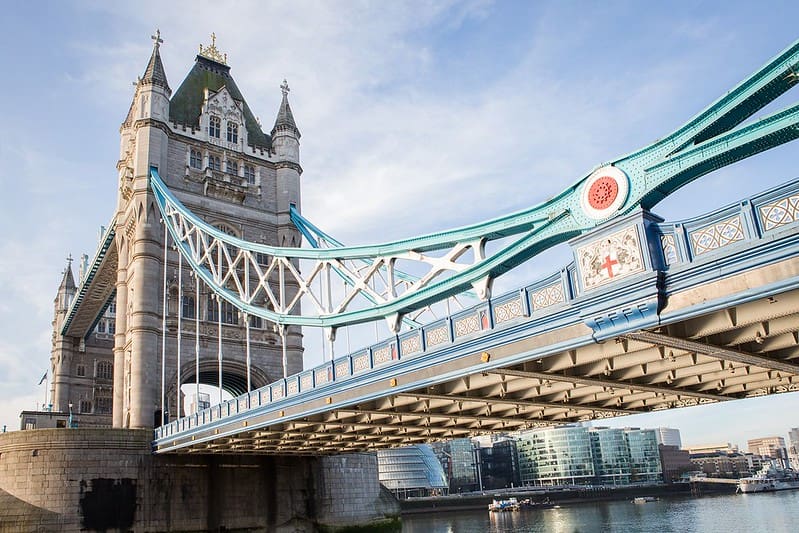 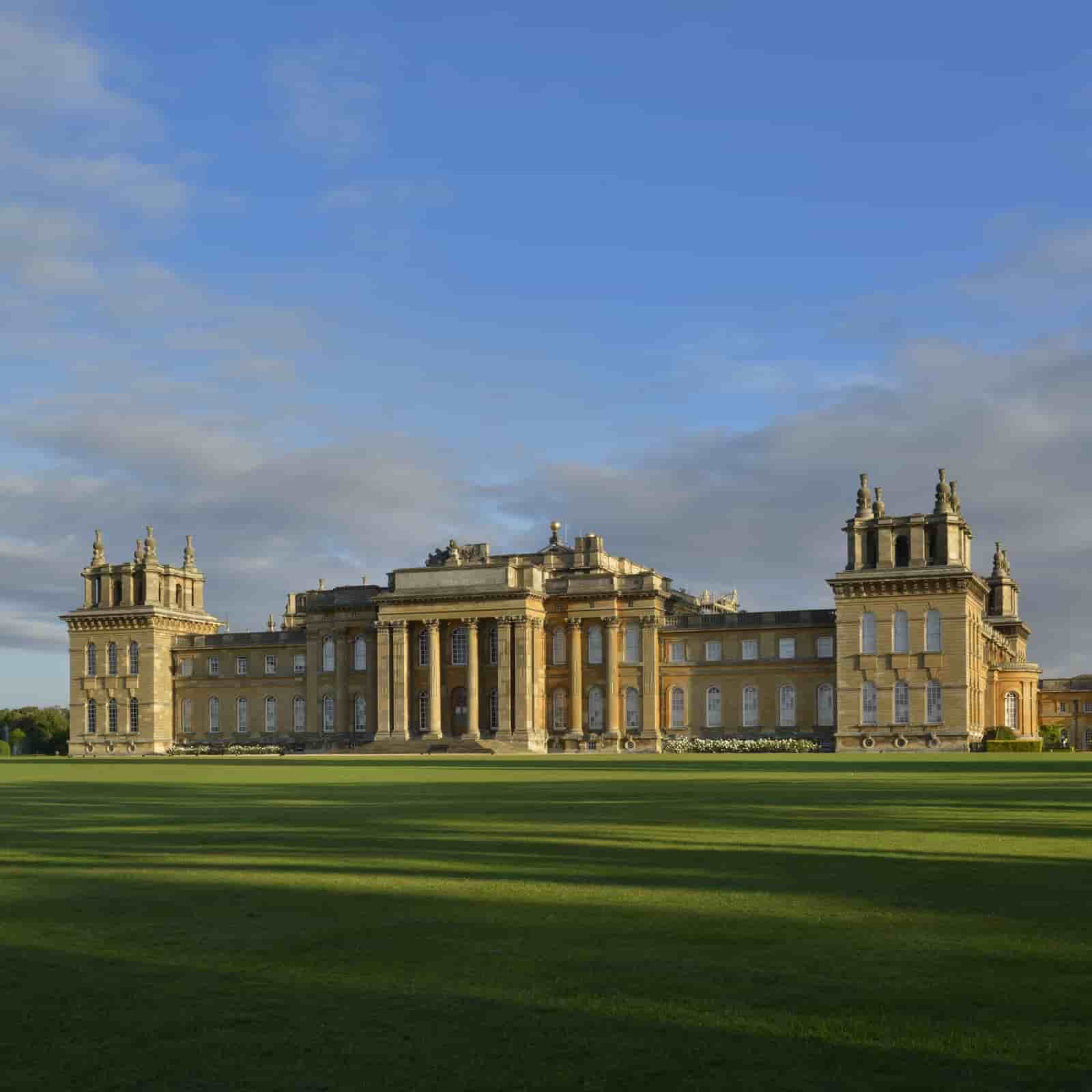 Windsor and Blenheim Palace & Gardens: Round Trip from London
From
£
125.00 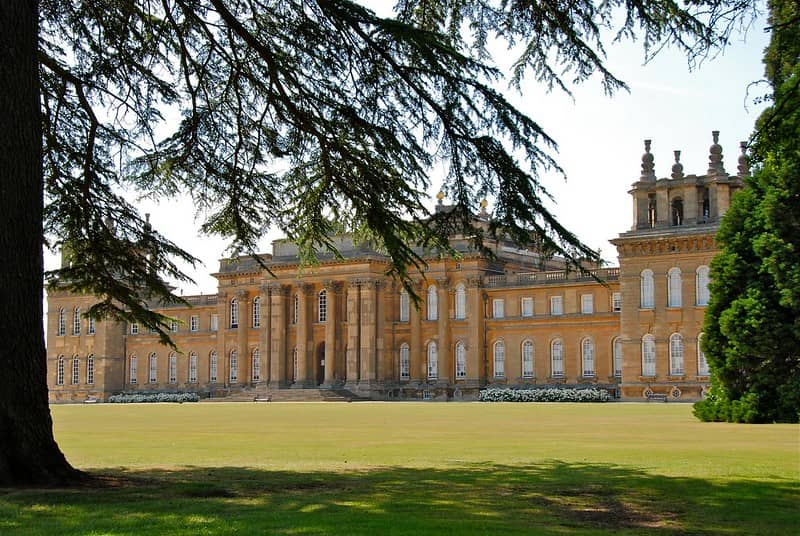