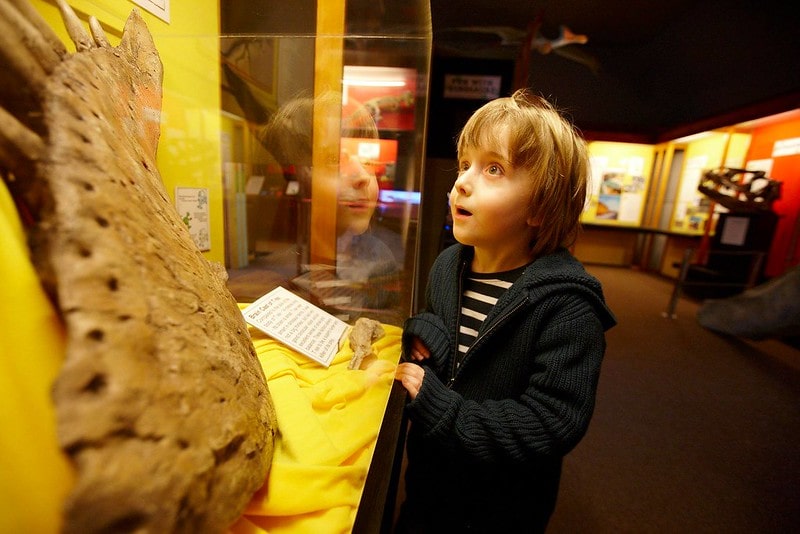 Within an old Victorian schoolhouse, families can travel back in time and walk among dinosaurs at Dorchester's thrilling Dinosaur Museum. With ingenious reconstructions, giant skeletons, hands-on exhibits and plenty of prehistoric facts, The Dinosaur Museum is one of the best things to do in Dorchester with dino-mad kids.

For nearly forty years, The Dinosaur Museum has been wowing families far and wide with its innovative exhibitions and expertly curated knowledge. In their Jurassic Dorset displays, kids can immerse themselves in the world of their favourite dinosaurs as sounds and even smells of the prehistoric come to life around them. This innovative museum uses a combination of real dinosaur relics and special skeletal casts, which are mounted over the fossils to preserve their original structures and scientific value. Fossil pioneers including Mary Anning and Richard Owe will help you discover the heritage of Dorset's Jurassic Coast with these real-life dinosaur fossils which you are invited to touch and feel as well as marvel at from afar. Kids will love exploring the skeleton heads, colourful eggs, terrifying teeth and even dinosaur poop relics on display at the museum!

Elsewhere in the exhibition, visitors can walk in awe through the epic dinosaur skeletons and huge reconstructed models throughout the venue, including the infamous T-Rex and Stegosaurus, the museum's biggest dinosaurs. There is plenty of hands-on learning to be had at The Dinosaur Museum too with interactive iPad games, prehistoric puzzles, a captivating excavation pit and thrilling 'feely box' exhibit for curious hands to explore - if they dare! The Dinosaur Museum is dedicated to making your family visit as fun and fascinating experience as possible and also offers plenty of free activity sheets to complete whilst you're there, giving kids the chance to win a 'Dino Hunters' medal. Be sure to visit The Dinosaur Museum's fabulous gift shop too to pick up your very own fossils, models, books and more.

The Dinosaur Museum has helped introduce new exhibition ideas to museums across the United Kingdom, with some of the very first interactive computer displays on offer and their pioneering 'feely box' technique which has been exhilarating audiences ever since. This imaginative Dorchester museum provides one of the best days out in Dorset for families that is both educational and truly exciting, giving kids the chance to learn all about the world of dinosaurs and this historic corner of the Jurassic Coast. Situated just seven miles from The Dinosaur Museum, the Jurassic Coast covers the whole Dorset and East Devon's scenic coastline and has been named as World Heritage Site.

Within the old southwestern town of Dorchester, there is plenty more history to uncover near to The Dinosaur Museum along Icen Way, such as the Roman Town House, the Terracotta Warrior Museum and the acclaimed Tutankhamun Exhibition. Or, if you'd prefer a visit to something a bit more alive and kicking, why not head to Monkey World Ape Rescue Centre - a much-loved spot for animal-mad families in Dorset. 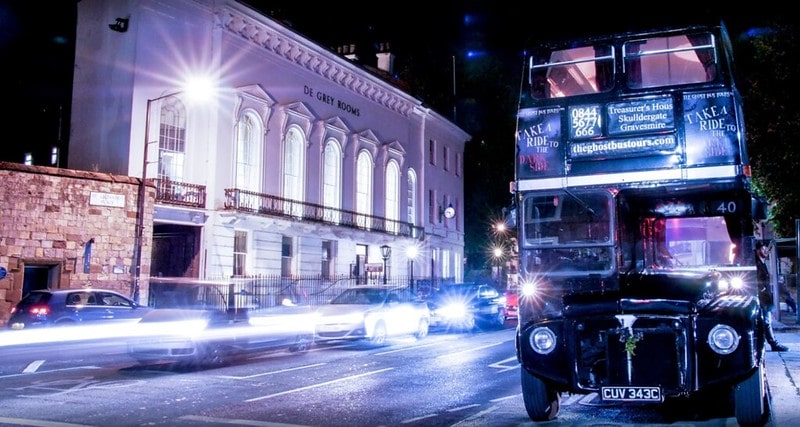 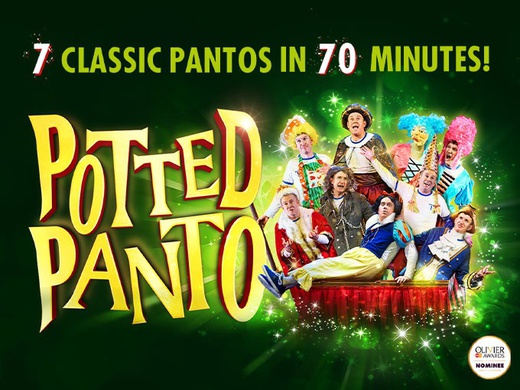