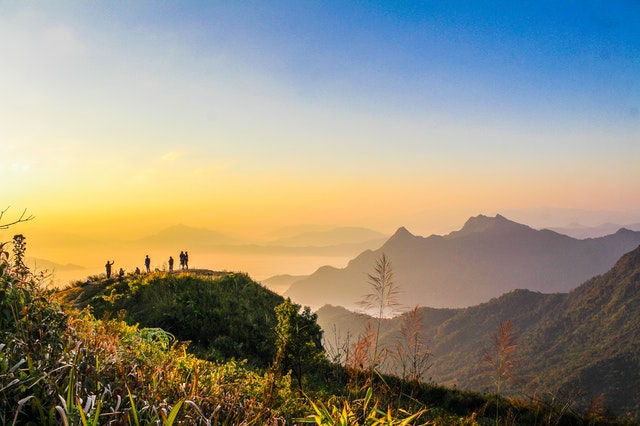 How knowledgeable are you about North Carolina facts and history?

Not very? Well, you'll be an expert on all things North Carolina in no time!

Soon you'll be as much of a pro when it comes to North Carolina trivia questions as a born and bred Tar Heel. If this is the first time you've heard that term, you will soon get used to it as it's North Carolina's nickname! People from the state are also known as Tar Heels. This is just one of many wonderful and weird facts about North Carolina.

Find out all about the most famous things from North Carolina including its world-famous sweet treats, world-firsts in aviation and education and world-renowned sports stars and politicians. In fact one of the most interesting facts about North Carolina is the fact that it has so many world-firsts, as well as national firsts in the United States.

So, why not head on down to Kidadl's very own university of North Carolina where you can learn tons of interesting things about North Carolina?

To learn more about different places around the world, why not check out our Greenland facts and facts about Mexico City?

1. George Herman "Babe" Ruth hit his first professional home run on 7 March 1914 in Fayetteville. Babe Ruth was one of the most famous baseball players in history.

2. Based in Chapel Hill, the state's university was the first public university in the United States.

3. One of the most amazing cool facts about North Carolina is that the Wright brothers launched the world's first successful sustained, powered and controlled flight in a heavier than air machine in Dare County.

4. Dare County is named after Virginia Dare, the first English child born in the Americas. Virginia Dare disappeared along with the rest of her colony in around 1588, and over the past 400 years has become an iconic figure in North American history and folklore.

5. Much of the state is rural so outdoor activities are very popular. Horse riding, hunting and wild swimming are common pastimes.
‍

Here are some intriguing historical facts about North Carolina.

6. The first inhabitants of North Carolina were giant sharks, as half of the state was still underwater. Woolly mammoths and mastodons (elephant-like mammals) lived on the land.

7. We know that Native Americans were living here from about 1000 BCE. This is known as the Early Woodland period, between the Archaic Hunter-Gatherer period and the Mississippian agricultural period which lasted until the arrival of Europeans on the continent.

8. The Woodland period was a time of transition from the hunter-gatherer lifestyle to agriculture. The Woodland people began cultivating crops and this led to the creation of villages and cities where people settled permanently.

9. After the Woodland period came the Mississippian period which saw the development of large-scale maize agriculture, huge population growth and expansion of city centres. People were leading more sedentary lives and had abandoned the tribal lifestyle. There was greater social inequality as power was centralized in the hands of a few.

11. The Mississippian period ended when Europeans arrived in the 16th century.

13. The British set up two colonies in what is now North Carolina in the 1580s, but both failed. The first group of colonists came to explore and map out the land. The second group had military and scientific goals but were forced out by local tribes.

14. The third colony was the famous "lost colony" of Roanoke island and was made up of families and people wanting to settle in the region. This colony vanished without a trace.

15. In the 17th century British settlers moved into the area from Virginia, and it became part of the British 'Carolina' colony, named after Charles I.

16. In 1710 political disputes led to the territory to being dividing into two halves: North and South Carolina.

17. North Carolina was the first colony to declare independence from the British in 1775.

18. North Carolina was a Slave State and by 1860 a third of its population were slaves.

19. Andrew Jackson, the seventh president of the United States, was born in Waxhaws on the border of North and South Carolina.

20. The first documented gold rush took place in 1799 in Cabarrus County. Nowadays the site is known as Reed's Gold Mine, it is known for being where the first documented finding of gold took place. Conrad Reed found a 17 pound chunk of sparkly rock lying around his family's farm. He used it as a doorstop until a visitor identified it as solid gold!

Learn all about the geographical features of North Carolina.

21. North Carolina is the 28th largest state in the United States.

22. North Carolina, also known as the Tar Heel state,  is one of the most populated states in the United States, coming ninth out of the 50 states.

23. North Carolina borders several other states. South Carolina lies to the south, Georgia to the southwest, Tennessee to the west, Virginia to the north and the Atlantic Ocean borders the state on the east.

24. North Carolina is geographically split into three parts. The eastern section of the state is known as the Atlantic Coastal Plain. There are no hills or mountains in this part and most of the land is used for agriculture.

25. Much of the eastern part of the state used to be below sea level in ancient times.

26. Global warming is already affecting North Carolina. The sea level around some parts of the North Carolina coast has risen by 11 inches since 1950. This process is accelerating and the sea is now rising by more than one inch every two years.

27. The central section of North Carolina is the Piedmont region. This region used to be made up of mountain ranges but these have now been eroded. Tobacco is the main crop cultivated here.

28. The western section of the state is mountainous and forms part of the Appalachian Mountain Range.

30. The venus flytrap is native to the wetlands of North Carolina's east coast.

31. Cape Hatteras, a barrier island off North Carolina, is known as the 'Graveyard Of The Atlantic'. Over a thousand ships have sunk there since 1526, when records began. Blackbeard's flagship went down in these waters in 1718.

33. The Black Mountains to the west of the region are the highest mountains in the eastern United States.

Find out which delicious things were invented in North Carolina!

35. Perhaps the most iconic food to have originated from North Carolina is the Krispy Kreme doughnut! Vernon Rudolph opened his first store in Old Salem, North Carolina, in 1937.

36. Pepsi was first produced in New Bern in 1898 by Caleb Bradham. The fizzy concoction was first known as Brad's Drink before being renamed Pepsi because of its supposed ability to soothe the symptoms of dyspepsia, or indigestion.

37. Pork barbecue is an iconic staple dish in North Carolina. There are two styles of barbecue in the state: Eastern and Lexington. The difference lies in the sauces used to season the meat, the cuts used and the type of coal used to cook the pork.

38. Another iconic drink hailing from this southern state is the cherry flavored soft drink Cheerwine.

39. The official fruit of North Carolina is the scuppernong! The scuppernong is a variety of muscadine grape.

40. The state is the 10th largest wine producer in the US.

Here at Kidadl, we have carefully created lots of interesting family-friendly facts for everyone to enjoy! If you liked our fun facts about North Carolina for kids then why not take a look at our list of facts about Peru for kids, or our amazing facts about Wales?