55 Mesozoic Era Facts That Are Out Of This World 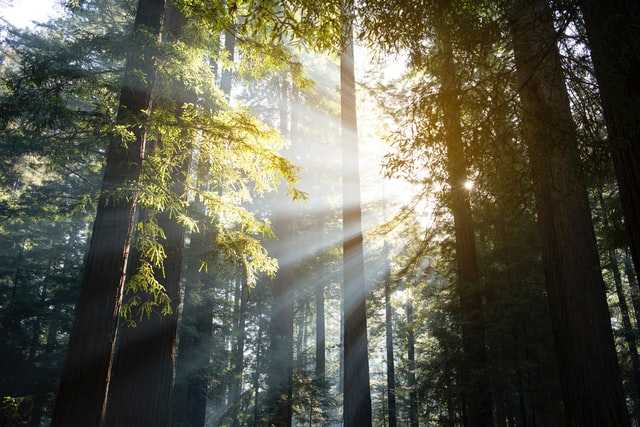 If you spend much time around young children, you’ve probably picked up on the fact that a lot of them find dinosaurs genuinely fascinating.

There’s just something so interesting about the famous giant lizards, and the time in which they roamed the world known as the Mesozoic era. If you’ve got a dinosaur admirer in your life, check out our list of fun Mesozoic facts to share with them the next time you’re together.

What's more, if you love dinosaurs be sure to check these T. rex facts for kids and Spinosaurus diet facts!

Fun Facts About The Mesozoic Era

Let’s take a look at these cool facts about the Mesozoic era.

2. The Mesozoic era began approximately around the time of the End-Permian extinction event, which wiped out 96 percent of all Earth's marine life and 70 percent of all terrestrial species on the planet. Life slowly began to return after this mass extinction.

4. The word ‘Mesozoic’ means middle animals, and the kind of animals around were very different from what came before or after this era. The middle animals of this time were dominated by dinosaurs, pliosaurs, plesiosaurs, pterosaurs and many other types of animals.

5. The Mesozoic era is divided into three critical periods spanning millions of years.

8. After, the Cretaceous period lasted from 146 to 65 million years ago.

9. The Mesozoic era is also known as the Age of Reptiles, Age of the Dinosaurs and the Age of Conifers. It was known as the age of the dinosaurs because dinosaurs were so widespread and dominant, nothing was overtaking them, that's why it took a  mass extinction to eradicate them.

Geology Of The Mesozoic Era Facts

10. In the 1800s, the English geologist John Phillips first used the term Mesozoic when he developed the world’s geologic timescale. He correlated the sediments discovered around the world with specific periods.

11. The Mesozoic era’s three geological time periods are then subdivided into different epochs and stages.

12. It was during the Early Triassic time period when the supercontinent Pangaea was a dry landmass. It was then populated by vertebrate life such as Euparkeria, Labyrinthodonts, Lystrosaurus, and tetrapods.

13. By the Middle Triassic era, the Pangaea landmass began to break apart along with the recovery of mosquitoes, and algae. Also, reptiles such as crocodiles began to appear.

14. During the Triassic period, corals began to appear on Earth.

16. It was during the Late Triassic period when Earth became warmer, enabling reptile species to evolve and dinosaurs began to emerge. It’s known as one of the foremost dinosaur eras.

17. In the world during the Mesozoic era, the climate was much warmer than it is today, and the planet had no polar ice caps.

18. Although famous for dinosaurs which dominated the era, the Mesozoic era animals also include many snake species, amphibians, turtles, mammals, birds, lizards and reptiles.

19. The world’s oceans were full of reptiles during the Mesozoic era; these include animals such as nothosaurs, placodonts, and mosasaurs.

20. Meteorologists believed that the geologic time of the Mesozoic era ended after the impact of an asteroid causing widespread extinctions. However, there are lots of different theories as to what may have caused the mass extinction event of dinosaurs at the end of the Cretaceous period.

21. Birds are the only dinosaurs to have survived the Mesozoic mass extinction event, 65 million years ago.

22. The sudden extinction event end of the Mesozoic era signaled the beginning of the Cenozoic period; this is the era we are in right now and is often called the age of mammals.

25. During the Mesozoic era, the immense Panthalassa Ocean split into multiple basins. The Tethys Ocean separated Asia from the rest of the land and the Atlantic Ocean as we know it, started to form.

26. Fossils from dinosaurs in the Mesozoic era have been found on each of the seven continents of the Earth.

27. Paleontologists use fossil evidence preserved in the ancient rock to discover how long-extinct animals lived and behaved.

28. In most cases, a fossilized bone is a form of rock made out of minerals, with no trace of the original bone material.

30. By comparing the skulls of different aged Protoceratops, paleontologists can conclude how some dinosaurs grew and evolved.

31. From a single dinosaur footprint, researchers can estimate the height of the dinosaur. A rough estimate of leg length is obtained by multiplying the print length by four.

32. The singular biggest dinosaur bone ever discovered is a 5×5 ft Argentinosaurus vertebra (backbone) fossil that weighed more than a ton.

Animals in the Mesozoic era most famously included reptiles such as dinosaurs, take a look here for some roar-some brilliant dinosaur facts including facts from the Jurassic and Cretaceous periods.

33. Each of the periods contained very different animal species. The Triassic time period was the era when both dinosaurs and mammals are believed to have evolved, as did the pterosaurs and ichthyosaurs.

34. Although the Mesozoic era is often famed as the age of dinosaurs, it wasn’t until the Jurassic period that dinosaurs became the most common large animals.

35. Not all dinosaurs lived together during the same period of time. The Stegosaurus lived around 150 million years ago, whereas the Tyrannosaurus Rex lived in the Late Cretaceous era, approximately 72 million years ago.

36. The Jurassic period was the time of the long-necked, or sauropod dinosaurs and is the time when birds were first seen.

37. The Cretaceous period has some of the most famous dinosaurs, such as Tyrannosaurus rex and Triceratops. It is also when flowers and flowering plants first evolved. The Cretaceous era was also when many dinosaurs died out and further extinctions occurred, which led to the end of this era.

38. Dinosaurs that could run on two legs are called bipeds.

39. All dinosaurs laid eggs. Approximately 40 kinds of dinosaur eggs have been discovered.

40. The fastest dinosaur was the Ornithomimids from the late Cretaceous period. It could run 43½ mph (70 km/h).

41. With regards to diet, some dinosaurs were meat-eaters, also known as carnivores or theropods. They often preyed on other dinosaurs through hunting and scavenging.

42. Most dinosaurs were herbivores (plant-eaters). Dinosaurs such as Triceratops, Stegosaurus, Iguanodon, and Diplodocus even had blunt, grinding teeth and cheek pouches.

43. Dinosaurs in the Jurassic and Cretaceous periods often swallowed rocks. These rocks remained in the stomach and helped them grind up food.

44. The Mesozoic marine revolution is the name for the sharp increase of sea-floor predators that ate shellfish during this time.

45. Ichthyosaurs were marine reptiles with a dolphin-like body shape that increased immensely during the Mesozoic era.

46. The word “dinosaur” was initially coined by a British paleontologist named Richard Owen in 1842 and originated from the Greek words dienos (“terrible”) and sauros (“reptile”).

47. In America, Colorado’s nickname is the Stegosaurus State. The first-ever Stegosaurus skeleton was found near Morrison, Colorado.

48. Some dinosaurs’ had tails over 45 feet long. Most dinosaurs had long tails that helped them to maintain their balance when running.

49. Baby Mussaurus (“mouse lizard”) are the smallest dinosaur skeletons ever found. They would fit inside a shopping bag.

52. While most dinosaurs had cold-blood, much like the modern-day lizard, new evidence indicates that some dinosaurs were, more similar to warm-blooded like mammals.

53. A single footprint can also provide insight into the kind of dinosaur that made it. A three-toed, sharp-clawed print means the dinosaur was likely a to be a carnivore.

54. Only a handful of dinosaurs were known to be omnivores or both meat and plant eaters, such as the ornithomimus and oviraptor.

55. Feathers evolved before flying birds and may have served to keep dinosaurs warm, or for display as a way to attract mates.

Here at Kidadl, we have carefully created lots of interesting family-friendly facts for everyone to enjoy! If you liked our suggestions for 55 Mesozoic Era Facts That Are Out Of This World then why not take a look at scary space facts, or facts about the mesosphere?